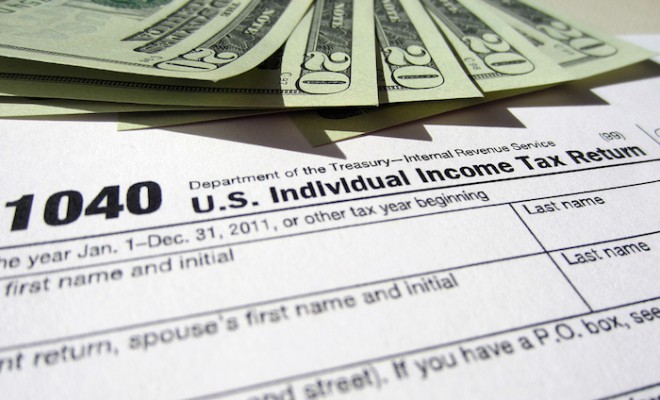 ‘SATIRICAL PIECE MAY HAVE BEEN RIGHT AFTER ALL’, SAYS FORBES

OGDEN, Utah (INTELLIHUB) Shockingly the Internal Revenue Service (IRS) Commissioner John A. Koskinen warned of a drastic reduction in services, due to budget cuts, likely leading to a major loss in revenue and delayed tax refunds for all Americans.

In fact accountants all across America are finding themselves dumbfounded that they can’t reach the IRS on the telephone to answer general questions and have even been forced to send documents in via snail mail (U.S. mail) as services have already been diminished.

Additionally “lengthy delays” in all departments may be in store as Koskien also warned of shutdowns which may cause the U.S. Government to lose up to “$2 billion in revenue” this season as reported by Forbes.

Interestingly enough this all is actually taking place following the release of a satirical piece, which was posted by National Review about 4 months ago, causing quite the controversy amongst readers. Now, after the Commissioner’s announcement, it looks as if the satirical piece may have had some credence to it as the IRS is following nearly lockstep to the author’s imagination. However, rest assured the current situation is real and delays are truly in the works.

Koskien wrote in an email to employees obtained by Fox News, “The effect of these cuts will hurt taxpayers and our tax system.”

“We now anticipate an even lower level of telephone service than before, which raises the real possibility that fewer than half of taxpayers trying to call us will actually reach us. During Fiscal Year 2014, 64 percent were able to get through. Those who do reach us will face extended wait times that are unacceptable to all of us”, the email read.

Moreover Q13 Fox reports the IRS will undergo a “hiring freeze” resulting in “3,000 to 4,000 fewer full-time employees at the agency by the end of June”.