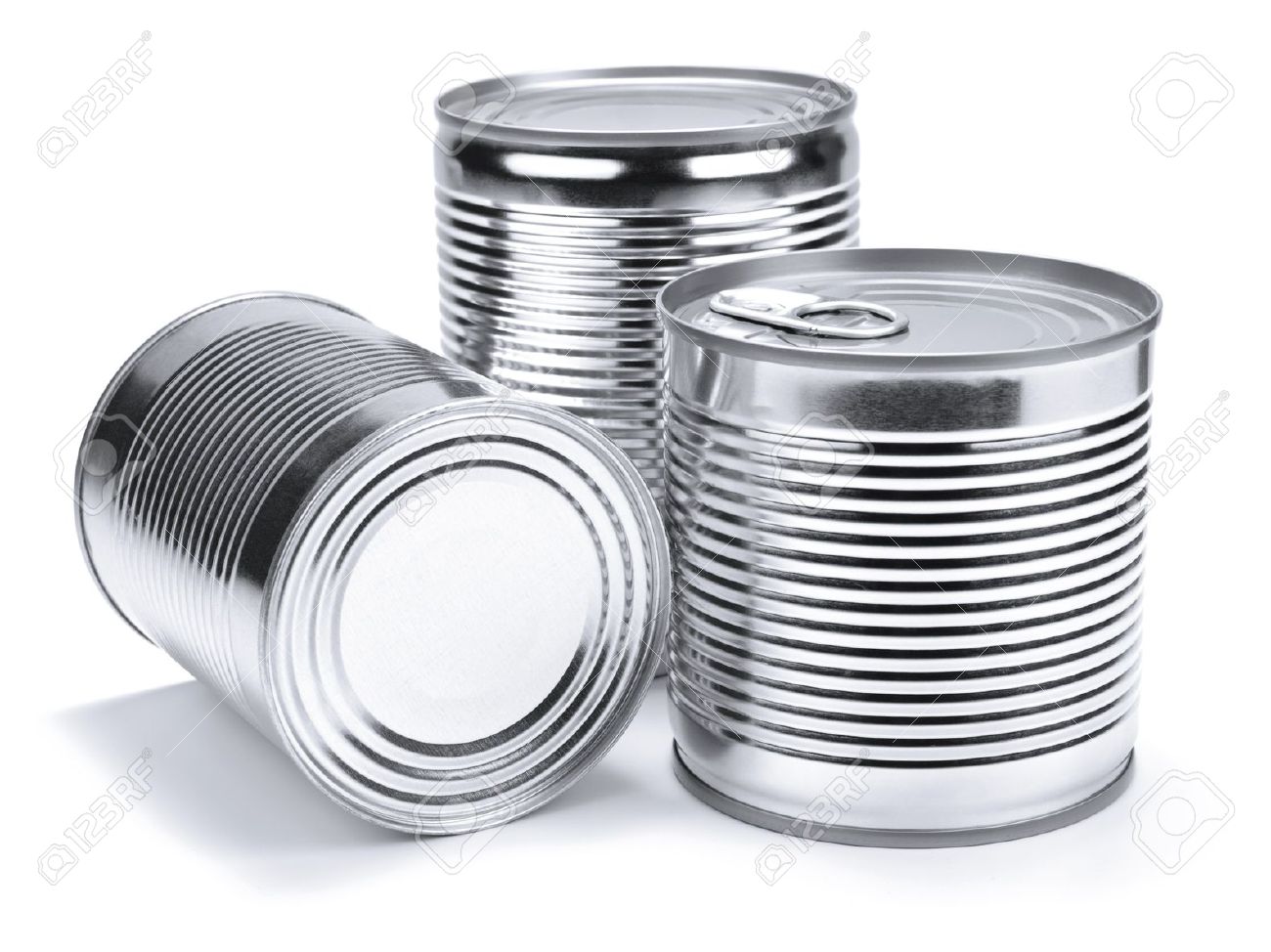 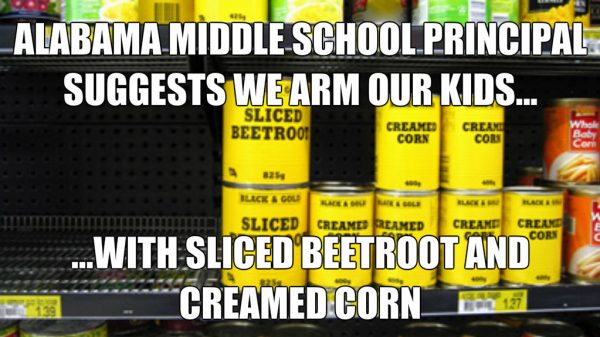 Yes, you can file this with all the other stupid, asinine and useless ideas of the liberal minded. A northern Alabama middle school issued a letter to parents on January 9, 2015 asking them to send canned goods with their children to school. Why? It’s so they can be used in case a school shooter shows up.

“We realize this sounds odd, however it is a practice that would catch an intruder off-guard,” said W.F. Burns Middle School Principal Priscilla Holley.

Ya think? What would catch an intruder off-guard is a teacher pulling out a .45 and putting it in his mug and pulling the trigger. That would also subsequently end the threat and save the taxpayers lots of money in court costs, jail and multiple appeals.

She writes, “As a result of school shootings throughout the United States and discussing with law enforcement on the best procedure to follow to keep our students safe, we are enhancing our procedure for intruders.”

So, the best policy is not the one I proposed? I advocated for not infringing on people’s rights, including teachers to arm and train themselves and carry their guns in defense of students. This school believes cans of “Jolly Green Giant” are the best protection against a murderer. And consider that these are the people teaching America’s children!

This incredibly dumb idea comes from something called ALICE training. The letters in the acronym ALICE stand for: Alert, Lockdown, Inform, Counter, Evacuate.

“I can honestly say that the major point of the training… is to be able to get kids evacuated and not be sitting ducks hiding under desks,” Superintendent of Chambers County Schools Dr. Kelli Hodge said.

While I’m all in favor of doing whatever it takes to defend one’s self and others to get to safety in such an event, again I ask why the obvious deterrent to school shooters is not put in place, namely elimination of gun free zones? This is the one thing that is demonstrably shown to be effective at pretty much ensuring that you won’t even have a shooter come to the school, let alone have to deal with them using cans of corn and green beans.

There is another question that needs to be addressed. Joe Saunders asks, “where exactly the canned food is suppose to be stored once these Davids-in-waiting actually get it to school.”

Saunders comically theorizes, “Keeping all the cans in one spot would centralize the ammo, making it vulnerable to a gunman who knew what to look for. Letting kids keep it handy at all times seems sensible, but could prove distracting over the entire second half of the school year. (And what if, as is inevitable, some middle school spat turns ugly and the cans come out?)”

Seriously, this entire thing sounds ridiculous. I would much rather see schools allow teachers to carry concealed to defend students, though I confess, I would rather see the public school system die a quick death and parents bring their kids back home to educate them there.

No matter what, I think the cans of food would be best used to provide nourishment for hungry mouths and then later brought to school for target practice in a gun education class. This way, we teach students the skills they need to handle a gun safely and properly in defense of life and liberty.