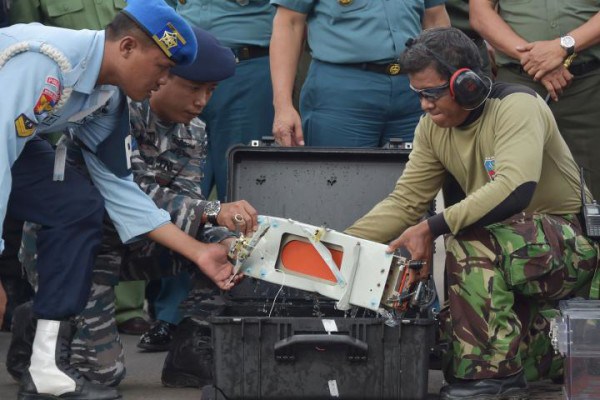 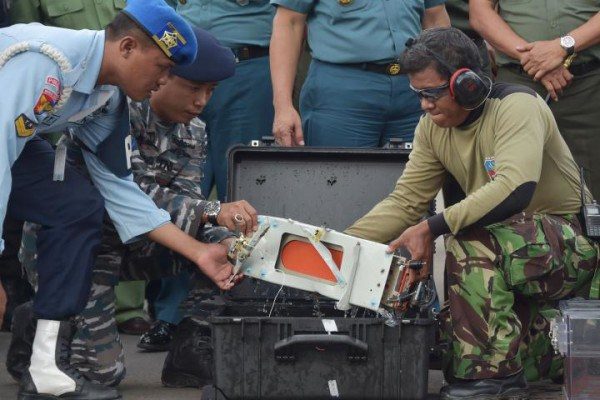 Analyzing the black box of the crashed AirAsia flight QZ8501 revealed the last words of the pilots were “Allahu Akbar.” Sounds familiar?

“It is as if we can feel them… Allahu akbar, Allahu akbar were the last words said before they died” says Nurcahyo Utomo, who has been an aviation investigator for almost two decades as he listened to the black box recording. We did a whole video on this:

On December 30th we stated:

“Iriyanto was also active in the community as a board member and chairman of the mosque at his residence in Pondok Jati Block BC 12 Village Pagerwojo, Buduran, Sidoarjo.”

“In addition to serving as Chairman of RT 39, Iriyanto also served as a board leader of Masjid Nurul Yaqin, which is located in the housing complex.”

“He was also diligent in worship. When everyone was at home, he would certainly be seen praying in congregation in the mosque.”

Masjid Nurul Yaqin mosque is connected with Hizbut Tahrir, a major terrorist organization that wants to establish an Islamic caliphate in Indonesia and Malaysia.

From Indonesian sources, I also find out that “Before Iriyanto applied for early retirement and became a commercial airline pilot he had been a pilot in the Air Force who served in the squadron Iswahyudi Airport, Madiun, East Java flying fighter Hawk MK 50 and F-5.”

Iriyanato “performed operational tasks from 1983 up until 1992.” It was such fighter jets from Indonesia that were used over East Timor and were operational till September of 1999 killing some 200,000 mostly Christian Timorese out of a total population of 600,000 which has been winked at by western powers and today western media said nothing about this pilot’s involvements?

Zaharie Ahmad Shah the captain of the other missing flight MH370 had his co-pilot also another Muslim Faruq Abdul Hamid, 27. Now I become triply somewhat paranoid.

Being just paranoid and pilots just being very devout Muslims is not 100% conclusive evidence, but when one adds the scenarios of past history, it changes things. When the first plane hit the first tower on 9-11, the TV said “it was a terrible accident” and in march Flight MH370 vanished and they also said that this was a “terrible accident,” yet when the second plane hit the other tower, the TV instantly said that, “it was definitely a terrorist attack” and now that when flight QZ8501 also vanished should not our paranoia and phobia levels be a bit up to think that “Muslim terrorists” are playing their favorite deadly pranks again?

If Iriyanto’s religion and his “Allahu Akbar” turns out to be relevant, so too will the religion of his nation. There have been at least two mass murder / suicides perpetrated by a commercial airline pilot that were investigated by both the U.S. and Muslim countries. The first occurred after the crash of Singapore’s Silk Air Flight 185 on December 19, 1997 and Egypt Air Flight 990 on October 31, 1999. In both cases, the U.S. authorities concluded pilot suicide and investigators with the Muslim countries concluded otherwise. This was not our view, it was the views of the experts on these crashes.

To read our analysis and expert reporting in more detail read More Muslims Are Going To Be Hijacking Planes And Crashing Them And Butchering Thousands, If We Do Not Ban Islam

IMPORTANT UPDATE: Several publications have obtained (it’s not only us) the story originally from Yahoo News, which they sourced their version of this article to the New Straits Times Online. We changed the article to link to New Straight Times after we were informed that while Yahoo News stated “It is as if we can feel them… Allahuakhbar, Allahuakhbar were the last words said before they died” they left out “he said referring to his experience analising black boxes from past crashes” which was completely left out of the Yahoo News story even though the story is almost identical word for word. Omitting such a crucial detail paints it as if the expert had already listened to the recording which at this time has not been confirmed. Although Yahoo News made the mistake, we apologize for the reporting. Having said this, the fact remains that everything else that was reported is accurate.