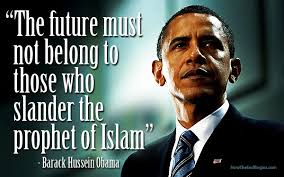 There is truly no end to the string of outrages perpetrated on our nation by Barack Obama (or whatever his name is). The laundry list seems interminable, and today we can honestly regard anyone—anyone—who supports this man and his administration as being dangerously deceived. There is simply no defense of this lawless “president,” who is a clear and present danger to our freedoms, our economy, our healthcare system, our property rights, the freedom of the Internet, our military and national defense—every aspect of our constitutional Republic.

Many of us have long observed that Obama has traitorously aided and abetted our Muslim enemies, giving them weapons, billions of taxpayer dollars and their formerly-imprisoned “soldiers of Allah,” to continue the spread of their cancerous caliphate across the Middle East and elsewhere. If we didn’t know any better, we would believe his sympathies lie on the side of the barbaric Islamists. In truth, we don’t know any better. The only rational conclusion is that this man is an enemy of the United States.

Therefore, it was no surprise, but no less outrageous, when the Daily Caller reported on Tuesday that the White House Minister of Press Propaganda, Josh Earnest, reported that Obama wants to squash freedom of the press. Well, that’s not exactly how he put it. From the Daily Caller piece:

President Barack Obama has a moral responsibility to push back on the nation’s journalism community when it is planning to publish anti-jihadi articles that might cause a jihadi attack against the nation’s defense forces, the White House’s press secretary said Jan. 12.

Isn’t this always the case? Our freedoms are so often stolen by facetious claims of “safety.” It’s why we stupidly stand without shoes in airport “security” lines, and like sheep, allow junior power-trippers of the TSA to grope our bodies before boarding a plane. “Safety.”

So, Obama, who believes the Muslim “call to prayer” is one of the “prettiest sounds on Earth,” wants to protect from offense the delicate sensibilities of his jihadi brethren by preventing the media from reporting the truth about Muslim jihad. Excuse me, but that’s not the American way, Mr. Quisling! Aside from the fact that one of our most sacred, God-given freedoms is freedom of speech, which includes freedom of the press, Americans do not bow to 7th century throwback Muslim bullies. But I don’t believe we are being ruled by an American—at least not in the theoretical sense of the word. Whatever Obama is, regardless of where this mystery man was or wasn’t born, he is not behaving like an American, much less an American President. He is behaving as a despotic, anti-American enemy within our nation.

As with everything this man and his fellow travelers do, the ostensible reason is not the reason. Spokesmouth Earnest claims Obama’s desire to squelch media expression is for the “safety” of our military troops. That’s a lie. Since when does Obama give a rip about the military, much less its safety? Besides the fact that, if left to its own power, free from insane bureaucratic rules of engagement, the military can take care of itself, the past has shown us that caving to bully Muslims will never appease them. It only makes us appear weak and ripe for attacking. No. I’m certain that the real reason for this lunatic anti-American proclamation is that Obama agrees with one goal of the Islamists: to silence all criticism of Islam. He is just as offended by it as the most retrograde Muslim brute. After all, he claimed the future must not belong to those who “slander” the “prophet” of Islam, right? And, in this case, “slander” means “tell the truth about.”

I’m losing what little optimism I might have had about our chances of undoing Obama’s “fundamental transformation” of the United States. This man and his criminal cabal have their evil machine set on “full demolition,” and with a craven, corrupt Congress too scared of its own shadow to oppose him, and with a detestably compliant media—no longer a “free press,” by the way—from where can there possibly emerge a force to stop or reverse this dreadful course of tyranny on which we’re locked?