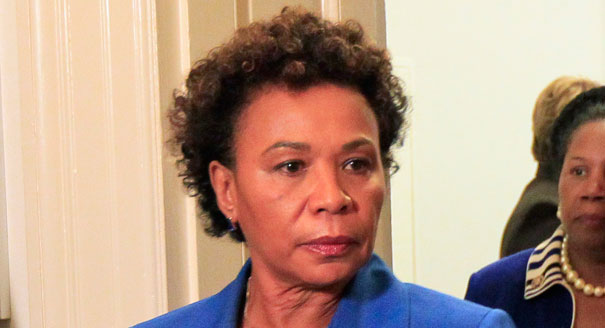 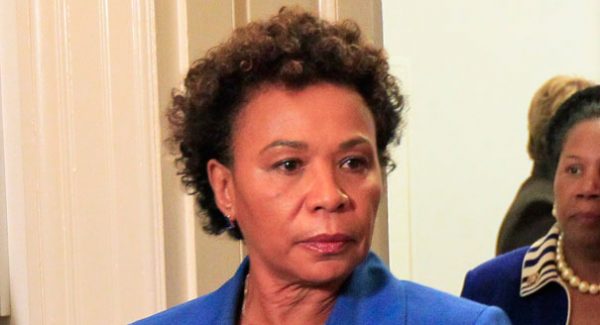 Occupy Wall Street supporter and Democratic congresswoman from Oakland, Rep. Barbara Lee (D-CA) is suddenly concerned about preventing violence. During the OWS protests, her city was perhaps the most violent of all and she helped fan the flames.

In 2009, Rep. Barbara Lee (D-CA) cheered the appointment of Marxist Van Jones as Obama’s Green Jobs czar. Lee was also one of the 70 members of Congress registered with the Democratic Socialists of America (DSA) caucus, essentially outing herself as a communist. Communism is among the most violent and murderous of ideologies in existence.

Nonetheless, when Lee was asked whether the Obama administration was right to avoid identifying Islamic terrorism as such, Lee fully embraced the idea and showed unmitigated support for Obama.

Lee, Jones, and senior Obama adviser Valerie Jarrett form a rather tight, interpersonal circle. We all remember the video of Jarrett admitting as much back in 2009. Her reference to Oakland in this clip is a subtle reference to Lee:

Lee herself endorsed the 2009 Jones appointment as well, saying:

“I am so very pleased that Van Jones, a constituent, friend and strong advocate for green jobs has been chosen to be a special advisor to the White House Council on Economic Quality…”

When it came to violent #OWS protests, Oakland took the prize. Dirty, filthy encampments were allowed to remain in the center of town. Vandalism was through the roof and protesters even shut down a shipping port, which is a major offense. One man was even shot to death during the Oakland protests. Lee was not a voice for calm and order. She continued to support OWS destroying the most impacted city in her district.

Perhaps what is most hypocritical from Lee’s recent claims above about not wanting to cause violence with words involves Jones himself. In 2011, Jones predicted that OWS would be America’s version of the Arab Spring, which was an attempt at anarchy through violence. To this day, OWS proudly maintains a website that chronicles the group’s number of arrests.