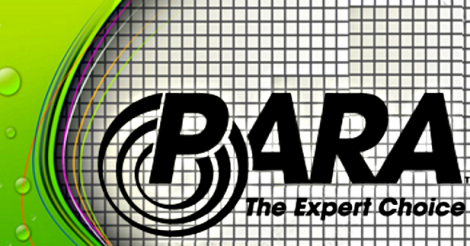 While Hollywood, the movie studio, and the production company ignored the anti-gun, pro gun-control comments by Liam Neeson, one company did not – PARA USA Firearms. PARA USA supplied the firearms for use on the set for “Taken 3” starring the liberal, anti-gun Neeson. Because of Neeson’s fiery statements, PARA USA is cutting all ties with the Irish born star.

PARA USA regrets its decision to provide firearms for use in the film “Taken 3.” While the film itself is entertaining, comments made by its Irish-born star during press junkets reflect a cultural and factual ignorance that undermines support of the Second Amendment and American liberties. We will no longer provide firearms for use in films starring Liam Neeson and ask that our friends and partners in Hollywood refrain from associating our brand and products with his projects. Further, we encourage our partners and friends in the firearms industry to do the same.

Kudos to PARA USA Firearms! Hopefully others in the firearms industry will cease supplying their brands of firearms to Hollyweird and its liberal collective.

Of course, the liberals might see this action by PARA USA as retaliative for Neeson’s right to free speech. Their argument would be that Neeson had every right to express his opinion on firearms. In that aspect, they would be right. Neeson does have the right to his opinion and the freedom to express it. However, free speech must be factual and unemotional. Neeson’s tirade blasting firearms was riddled with falsehoods and based primarily in emotion.

But, this is how liberals operate. They make no connection between their actions and their speech. Former Mayor Bloomberg fights against the Second Amendment every chance he gets while his own “bodyguards” carry firearms. No hypocrisy in that, is there? Sen. Dianne Feinstein would take every gun out of the hands of Americans, if she had her way, while she herself carries a gun on a daily basis. Moochie Obama wants to tell your children what they need to be eating at lunch and how you should shop for food while she gloats herself at lavish restaurants in Hawaii and plays hostess to extravagant White House dinners. You can bet they aren’t eating bland steamed broccoli, raw carrots and shredded lettuce beside an unseasoned 3 ounce serving of chicken breast. How many times has Obama himself been seen barfing down a burger, shake or shaved ice? It’s the old “do what I say and not what I do” mantra.

Neeson, as well, saw no conflict in his action to portray an individual in the movies who carried guns and his statements. By the same token, Neeson even admitted that going to see movies such as his latest in the “Taken” series would not cause people to become killers or go out and get a gun. As someone who played “cowboys and indians” using the finger gun gesture, Neeson stated this innocent play acting as a child did not cause him to grow up to be a killer.

Neeson cannot make the connection that law abiding gun owners do not commit crimes. Nor can he make the connection that inanimate objects are not the problem as they perform no action independently with thoughtful purpose. Neeson’s further disconnect caused him to express opinions against Americans’ rights to gun ownership after an incident of terrorism in France where strict gun-control laws exist and criminal terrorists, with guns, perpetrated an attack against those exercising freedom of speech. He failed to connect the dots that despite “gun-control” laws, criminals obtained guns and the law-abiding people were left defenseless as they could not get a gun.

By the same token, PARA USA Firearms has every right to choose with whom they do business. If they do not want to conduct business with a company that employs an individual who promotes ideas antithetical to their own and spreads falsehoods, they have that right. This company knows the meaning and reasoning for the Second Amendment. They know the facts when it comes to firearms and gun ownership by law abiding citizens. They didn’t have to state them, but the company, without emotion, stood on them.

PARA USA has demonstrated a willingness to forego monetary gain to stand for their principles, values and their beliefs. They are matching their principles and values to their actions by refusing to engage in hypocrisy, a favorite past time of liberals. This company also provides a lifetime warranty of their firearms for as long as you own it. With their immediate response to Neeson’s comments, one has to believe their warranty statement.

What will the movie studio and production company do in response to Neeson’s comments? It’s Hollyweird, so as long as the money comes rolling in, they will neither condone nor promote Neeson’s comments. It will be shoved under the rug so individuals who do not share Neeson’s sentiments will blindly use their hard-earned dollars to support an industry and actor who “undermines the Second Amendment and American liberties.”

Well, with freedom comes great responsibility. The film company releasing “Taken 3” is 20th Century Fox. The producer is Luc Beeson and the director is Oliver Megaton. The film also starred Famke Jenssen, Forest Whitaker, Maggie Grace, Dougray Scott, Sam Spruell, and Leland Orser. While parts of the film were shot in Los Angeles, others were shot near my neck of the woods, Covington, GA, at the Newton College and Career Academy.

It’s time Americans started speaking to this company and these actors with their wallets. No longer should those of us who value our freedoms support monetarily those who so adamantly support limiting our individual rights or promote debauchery. It’s also time to address the local government about hosting companies and individuals that seek to promote “anti-American” principles. As my mother is so fond of saying, “guilt by association.” And, right now, the local government here is choosing to associate itself with those opposed to liberty and freedom.

By the same token, it’s time Americans spoke with their wallets in support of companies like PARA USA Firearms. Let our actions reflect our convictions.