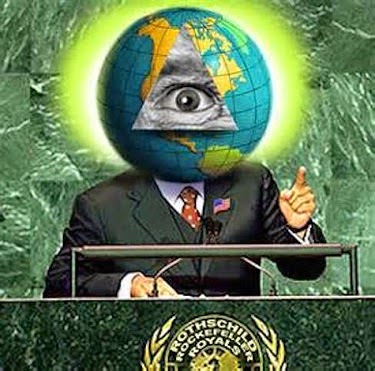 Suppose a reporter interviewed players behind the scenes re the question: who really runs the US government? Who really sets national policy?

And suppose these players answered the big questions directly and unmistakably?

No further coverage. No media hounds let loose to dig further. No government investigation. Nothing.

Well, it’s true. There was an interview. The questions were asked and answered. There was no tap-dancing or beating around the bush or vague reference.

Anyone who was anyone in Washington politics or media had access to the interview. Understood its meaning.

The conversation revealed that the entire basis of the Constitution had been torpedoed, that the people who were running US national policy were agents of an elite shadow group.

And yet: official silence. Media silence. The Dept. of Justice made no moves, Congress undertook no serious inquiries, and the President, Jimmy Carter, issued no statements. Carter was himself a covert agent in the White House, a willing pawn, and despite his proclaimed religious values, was nothing more than a rank con artist, a hustler, a phony down to his fingertips.

I’ll boil down the 1978 conversation between a reporter and two Trilateral Commission members:

“The US has been taken over.”

By the way, the infamous Trilateral Commission still exists.

Many people think the TC, created in 1973 by David Rockefeller, is a relic of an older time.

Brzezinski wrote, four years before birthing the TC with his godfather, David Rockefeller: “[The] nation state as a fundamental unit of man’s organized life has ceased to be the principal creative force. International banks and multinational corporations are acting and planning in terms that are far in advance of the political concepts of the nation state.”

Okay. Here is a close-up snap shot of a remarkable moment from out of the past. It’s through-the-looking-glass—a conversation between reporter, Jeremiah Novak, and two Trilateral Commission members, Karl Kaiser and Richard Cooper. The interview took place in 1978. It concerned the issue of exactly who was formulating US economic and political policy.

COOPER: President Carter and Secretary of State Vance have constantly alluded to this in their speeches. [untrue]

This interview “slipped under the mainstream media radar,” which is to say, it was ignored, buried, sat on, censored.

US economic and political policy run by a committee of the Trilateral Commission—the Commission had been created in 1973 as an “informal discussion group” by David Rockefeller and his sidekick, Zbigniew Brzezinski.

When Carter won the presidential election, his aide, Hamilton Jordan, said that if after the inauguration, Cy Vance and Brzezinski came on board as secretary of state and national security adviser, “We’ve lost. And I’ll quit.” Lost—because both men were powerful members of the Trilateral Commission and their appointment to key positions would signal a surrender of White House control to the Commission.

Think about this: if the interview had gained exposure, if it had ignited a firestorm in the press, with reporters pouring gasoline on it day in and day out, for months, interviewing Trilateral players and their government allies and their banking allies and their mega-corporate allies and their shills…with rats coming out of the closet and confessing exactly how the US government had been taken over…

THE MEN BEHIND THE CURTAIN: DESTROYING INDEPENDENT AMERICA…

On and on and on…

This would have a created the seeds of an alternative future, a future quite unlike the present we are living through now.

Of course, the naysayers would say it’s futile to imagine a future that didn’t happen, and we should just lay down and forget and let the takeover proceed. Yes, they always say that. They always say there is no chance for victory, because they’ve given up on their own lives, they’ve made their own internal compromises, they’ve sold themselves out over and over, they’ve bargained away their last chip of power and imagination, and they want companions in their spiritual narcosis.

But there it is. The interview that “never happened.”