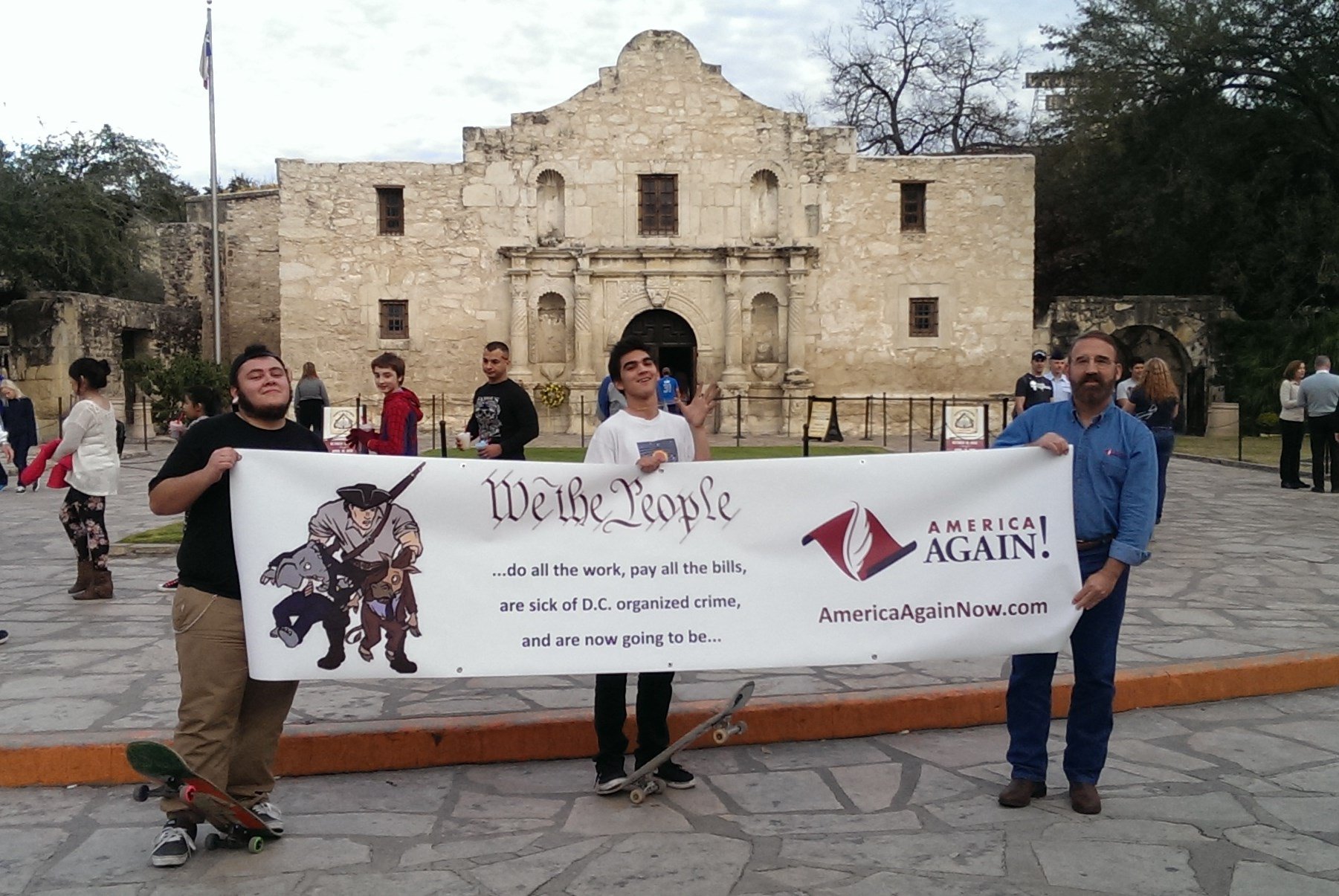 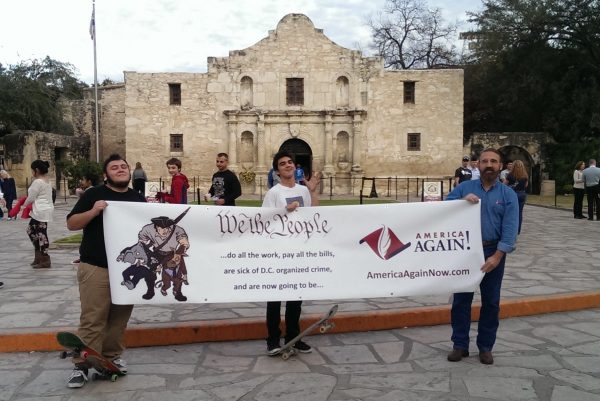 America is fed up! Not only is she fed up with the current criminal administration, but she is fed up with corrupt representatives in Washington, both Republican and Democrat. This Monday, Martin Luther King Jr. Day, citizens across the country, in several cities, will be showing up at local offices of elected federal representatives to put them on notice of possible indictment (via the AmericaAgain! Indictment Engine) if they don’t follow the law. It’s called the “Good Guys Campaign.”

Years ago, Dr. Martin Luther King Jr. rallied for the civil rights of people regardless of their skin color. Now, on the day set aside to remember him, Americans in several cities across the fruited plain will push to break the shackles the federal government has unlawfully sought to place on them ever since the War to Enslave the States.

AmericaAgain! was previously in the news seeking a chief counsel to lead indictments against corrupt politicians in Washington. Now, the organization and its members are teaming together to put representatives on notice that they will be held accountable, not only at the ballot box, but also before the judge’s bench.

According to AmericaAgain! founder David Zuniga, this particular event will be to bring about total surprise, audacious cheer and optimism.

Zuniga told Freedom Outpost, “Beginning January 19, We The People turn a page in history, taking up our duty of popular sovereignty over our federal servants and exhibiting our total contempt for mainstream media.”

“No other effort in America has ever allowed a tiny remnant of the people, and the sovereign states at long last, to arrest corrupt federal government with a lawful, peaceful, practical, perpetual mechanism that can become a new way of life,” said Zuniga. “Moreover, no other people on earth can do this.”

Here are the five representatives that will be addressed on Monday:

The campaign will run throughout the year until all representatives have had a chance to respond to the notices left for them. The idea is to clean up the corruption and offer representatives a chance to do what they were elected to do and nothing more. Those who agree with the proposals of AmericaAgain! will be labeled as “Good Guys” and those who don’t will be labeled as the bad guys and targeted for indictment.

A formal notice of intent to repossess will be left with each representative which reads:

Each representative will also receive a letter informing them of the campaign, which you can read here.

AmericaAgain! is also calling on these representatives to sign a public statement of agreement in principle which lists the following:

There are also twenty legislative reforms that AmericaAgain! wants to see put forward and will be used as bargaining chips against representatives who wish to remain opposed to the people. Among those are a repeal of the 16th and 17th Amendments to the US Constitution.

In case there are those that have questions, AmericaAgain! also provides answers to frequently asked questions about who they are and what their intent is.

While some of the representatives may see this as nothing and cast it aside, others will see the benefit of siding with the people they serve. Zuniga is hopeful that representatives will heed the words that echo those of the prophet Moses when he went on behalf of God and told the Pharaoh of Egypt, “Let my people go!”

“We The People are taking our lives back, our liberty back, our property back from DC organized crime,” Zuniga said. “We intend to expose ALL of them…on both sides of the aisle…in the White House and in the corrupt SCOTUS…in the deep-captured regulatory agencies…and stupid fake elections and false political crises — even trumped-up war — will not deter us.”

“We The People can now show the world how Americans can defeat government corruption and restore rule of law with a mechanism that is practical, peaceful, and perpetual: law enforcement, at the highest level,” he added.

“AmericaAgain! thus operates not under some new-fangled idea, but continues in the honored tradition of 1,000 years of western constitutional history,” he concluded. “This time-honored tradition began with the Compact of Ethelred in 1014 A.D. — the first true constitution wherein a fee people demanded obedience and agreement from a king. Yes, the tradition continued with the five documents that KrisAnne Hall lectures about — and of course the final two comprise our own primordial law documents under ‘no king, but King Jesus,’ as the original colonists used to say.”

Will you stand with AmericaAgain!? For more on what AmericaAgain! is doing and what they are about, or to join and advance their efforts, visit AmericaAgain!. Also, be sure to read David’s book This Bloodless Liberty, which debunks 10 lies that government uses to transform its sovereigns into serfs and also shows how you can leave politics and join promote real self-government.