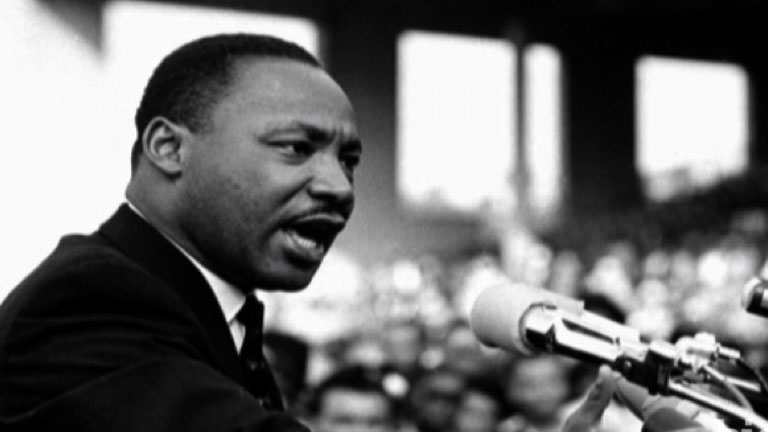 First African-American to walk on the moon? 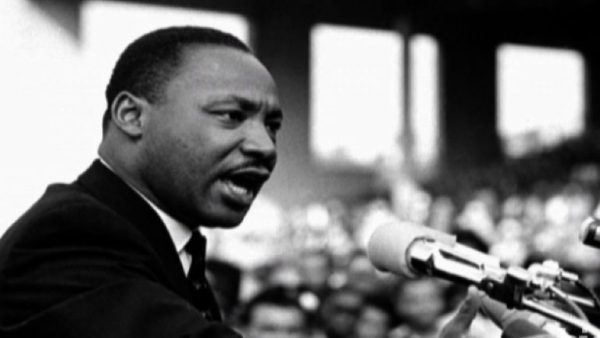 Almost three decades after Americans first observed Martin Luther King Day, some beachgoers in San Diego believe that the civil rights leader only just died, with others thinking that King was the first African-American to walk on the moon.

King was murdered on April 4, 1968, nearly 47 years ago, but when media analyst and author Mark Dice confronted San Diegans with the news that he had just passed away, the reaction was not as expected.

“This is the first I heard about it, I didn’t watch the news,” states one woman as she is told that King died aged 93.

When another man is told that King was the first African-American to walk on the moon, he responds, “What can I say? He was a good man, no?” before agreeing with the statement that he was “a good role model for African-American astronauts.”

“Do you think maybe they’ll make a holiday for him?,” asks Dice (the day before America was set to observe the 29th federal Martin Luther King Jr. Day). “Maybe, you know, you never know, this world’s crazy, they do a lot of crazy stuff,” responds the man.

Another woman fails to pick Dice up on his announcement that King is “the first American to be put on Mt. Rushmore,” agreeing that the move is a good step for racial equality.

When told that King was “a favorite general in the Confederate Army” and gave the Gettysburg Address, another beachgoer makes reference to the Ferguson riots, before concluding that race relations are better than they were before.

“We lost a great civil rights leader this morning, Martin Luther King, dead at 93,” Dice asserts to another woman who responds, “absolutely,” before saying she might watch the memorial service on CNN. “I will imagine we’ll all be watching because we won’t have a choice,” she adds.

Only the last person to be interviewed disputes the claim that King just passed away and asserts that MLK was in fact killed “a while ago.”

This is by no means the first time Dice has used his “man on the street” gimmick to highlight the alarming ignorance of many Americans. Previous examples include;

– Students at the University of California accepting “abortion in a can” fruit juice drinks;

– Endorsing 19th century communist ideologue Karl Marx as the next President of the United States;

– Obama supporters signing a petition to eliminate free speech and the 1st amendment;

– Signing a petition to repeal the 4th amendment to the Constitution;

– Supporting a move to end the right to remain silent by repealing the 5th amendment;

– Signing a petition to support post-birth abortion up to age 3 and making infanticide a part of Obamacare;

– Signing a petition to support making euthanasia of senior citizens a mandatory part of Obamacare;

– Supporting a move to release all illegal aliens from prison no matter what crime they have committed and then giving them free US citizenship;

– Signing a petition to grant Obama immunity for all crimes he commits while in office.

In another video, San Diegans also expressed their view that not liking Mexican food was a racist form of “bigotry”.