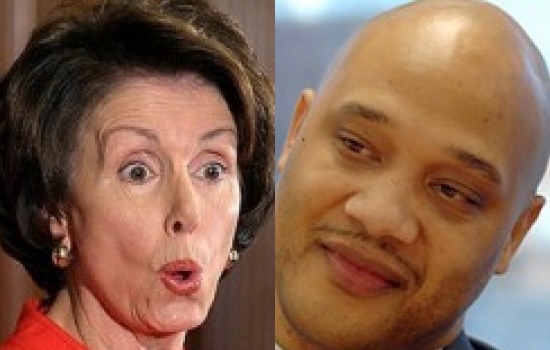 At the 2012 Islamic Circle of North America (ICNA) Convention, Rep. Andre Carson (D-IN), a Muslim whom House Minority leader Nancy Pelosi named as her choice to sit on the House Intelligence Committee, expressed solidarity with the Muslim Brotherhood in his speech. During that speech, Carson referred to unnamed infiltrators of his event before saying it was “unfortunate” that people think “we’re having secret meetings, that we’re plotting to destroy this country” before making a very bizarre statement.

Instead of assuring everyone that this was not in the least bit true, Carson said the following instead:

“Allah will not allow you to stop us.”

It seemed that Carson accepted his own premise. Instead of denying that the Muslims behind the event had any intention of destroying America, Carson simply said authorities who were trying to prevent that destruction would not be stopped. Now some may say this is taken out of context but they run into trouble when presented with the list of Muslim organizations on a 1991 document introduced into evidence at the Holy Land Foundation trial.

The document reads in part:

The process of settlement is a “Civilization-Jihadist Process” with all the word means. The Ikhwan must understand that their work in America is a kind of grand Jihad in eliminating and destroying the Western civilization from within and “sabotaging” its miserable house by their hands and the hands of the believers so that it is eliminated and God’s religion is made victorious over all other religions.

Two years later, at the 2014 ICNA Convention, Carson called for doing work supported by the “activism of CAIR” and by the “apparatus of ICNA and ISNA” in order to push an Islamic political agenda: