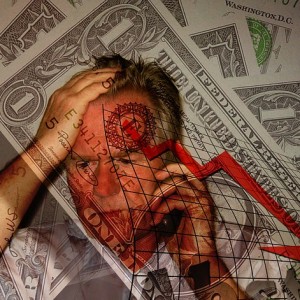 The absolutely stunning decision by the Swiss National Bank to decouple from the euro has triggered billions of dollars worth of losses all over the globe.  Citigroup and Deutsche Bank both say that their losses were somewhere in the neighborhood of 150 million dollars, a major hedge fund that had 830 million dollars in assets at the end of December has been forced to shut down, and several major global currency trading firms have announced that they are now insolvent.   And these are just the losses that we know about so far.  It will be many months before the full scope of the financial devastation caused by the Swiss National Bank is fully revealed.  But of course the same thing could be said about the crash in the price of oil that we have witnessed in recent weeks.  These two “black swan events” have set financial dominoes in motion all over the globe.  At this point we can only guess how bad the financial devastation will ultimately be.

But everyone agrees that it will be bad.  For example, one financial expert at Boston University says that he believes the losses caused by the Swiss National Bank decision will be in the billions of dollars…

“The losses will be in the billions — they are still being tallied,” said Mark T. Williams, an executive-in-residence at Boston University specializing in risk management. “They will range from large banks, brokers, hedge funds, mutual funds to currency speculators. There will be ripple effects throughout the financial system.”

Citigroup, the world’s biggest currencies dealer, lost more than $150 million at its trading desks, a person with knowledge of the matter said last week. Deutsche Bank lost $150 million and Barclays less than $100 million, people familiar with the events said, after the Swiss National Bank scrapped a three-year-old policy of capping its currency against the euro and the franc soared as much as 41 percent that day versus the euro. Spokesmen for the three banks declined to comment.

And actually, if the total losses from this crisis are only limited to the “billions” I think that we will be extremely fortunate.

As I mentioned above, a hedge fund that had 830 million dollars in assets at the end of December just completely imploded.  Everest Capital’s Global Fund had heavily bet against the Swiss franc, and as a result it now has lost “virtually all its money”…

Marko Dimitrijevic, the hedge fund manager who survived at least five emerging market debt crises, is closing his largest hedge fund after losing virtually all its money this week when the Swiss National Bank unexpectedly let the franc trade freely against the euro, according to a person familiar with the firm.

Everest Capital’s Global Fund had about $830 million in assets as of the end of December, according to a client report. The Miami-based firm, which specializes in emerging markets, still manages seven funds with about $2.2 billion in assets. The global fund, the firm’s oldest, was betting the Swiss franc would decline, said the person, who asked not to be named because the information is private.

This is how fast things can move in the financial marketplace when things start getting crazy.

It can seem like you are on top of the world one day, but just a short while later you can be filing for bankruptcy.

Consider what just happened to FXCM.  It is one of the largest retail currency trading firms on the entire planet, and the decision by the Swiss National Bank instantly created a 200 million dollar hole in the company that desperately needed to be filled…

The magnitude of the crisis for U.S. currency traders became clear Friday when New York-based FXCM, a publicly traded U.S. currency broker, and the largest so far to announce it was in financial trouble after suffering a 90-percent drop in the firm’s stock price, reported the firm would need a $200-$300 million bailout to prevent capital requirements from being breached. Highly leveraged currency traders, including retail customers, were unable to come up with sufficient capital to cover the losses suffered in their currency trading accounts when the Swiss franc surged.

Currency traders worldwide allowed to leverage their accounts 100:1, meaning the customer can bet $100 in the currency exchange markets for every $1.00 the customer has on deposit in its account, can result in huge gains from unexpected currency price fluctuations or massive and devastating losses, should the customer bet wrong.

Fortunately for FXCM, another company called Leucadia came riding to the rescue with a 300 million dollar loan.

But other currency trading firms were not so lucky.

For example, Alpari has already announced that it is going into insolvency…

The move “caused by the SNB’s unexpected policy reversal of capping the Swiss franc against the euro has resulted in exceptional volatility and extreme lack of liquidity,” Alpari, the shirt sponsor of English Premier League soccer club West Ham, said in a statement.

“This has resulted in the majority of clients sustaining losses which exceeded their account equity. Where a client cannot cover this loss, it is passed on to us. This has forced Alpari (UK) Limited to confirm that it has entered into insolvency.”

And Alpari is far from alone.  Quite a few other smaller currency trading firms all over the world are in the exact same boat.

Unfortunately, this could potentially just be the beginning of the currency chaos.

All eyes are on the European Central Bank right now.  If a major round of quantitative easing is announced, that could unleash yet another wave of crippling losses for financial institutions.  The following is from a recent CNBC article…

One of Europe’s most influential economists has warned that the quantitative easing measures seen being unveiled by the European Central Bank (ECB) this week could create deep market volatility, akin to what was seen after the Swiss National Bank abandoned its currency peg.

“There was so much capital flight in anticipation of the QE to Switzerland, that the Swiss central bank was unable to stem the tide, and there will be more effects of that sort,” the President of Germany’s Ifo Institute for Economic Research, Hans-Werner Sinn, told CNBC on Monday.

As I have written about previously, we are moving into a time of greatly increased financial volatility.  And when we start to see tremendous ups and downs in the financial world, that is a sign that a great crash is coming.  We witnessed this prior to the financial crisis of 2008, and now we are watching it happen again.

And this is not just happening in the United States.  Just check out what happened in China on Monday…

Chinese shares plunged about 8% Monday after the country’s securities regulator imposed margin trading curbs on several major brokerages, a sign that authorities are trying to rein in the market’s big gains. It was China’s largest drop in six years.

Sadly, most Americans have absolutely no idea what is coming.

They just trust that Barack Obama, Congress and the “experts” at the Federal Reserve have it all figured out.

So when the next great financial crisis does arrive, most people are going to be absolutely blindsided by it, even though anyone that is willing to look at the facts honestly should be able to see it steamrolling directly toward us.

Over the past couple of years, we have been blessed to experience a period of relative stability.

But that period of relative stability is now ending.

I hope that you are getting ready for what comes next.