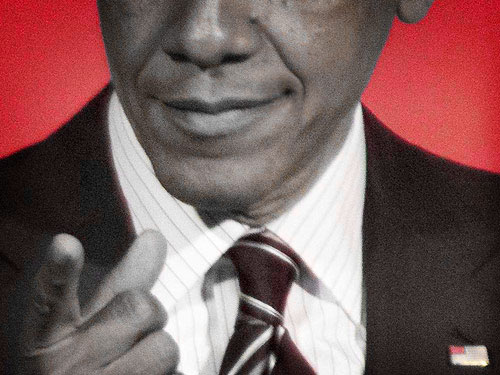 So, let’s check in. How is America doing under five-plus years of Obama’s leadership?

With a self-proclaimed “constitutional law professor” running the show, shouldn’t the people in power in this country be upholding the Law of our Land with the utmost respect and care?

It’s our first ever black president. Shouldn’t American race relations be better than ever?

How are American relations with Russia these days? Peaceful? Quiet?

How is Wall Street doing? Under control?

How about that wealth gap? Jobs? The economy?

If you answered somewhere between something like “worse than a NYC taxicab floormat on New Year’s morning” and hysterical, sardonic laughter at any or all of these questions, you aren’t alone. They were hard just to type.

In reality, no one even really knows who our president is.

In reality, everything we are seeing today — all of this has been planned by the people pulling Obama’s puppet strings.

However, one author and historian pretty much called it back in 2008 before Obama was even sworn in.

In Barack H. Obama: The Unauthorized Biography, Webster Griffin Tarpley summed it all up nicely and neatly on the back of the jacket. Check this out:

Obama is exposed as a foundation operative and agent of Wall Street finance capital, controlled by Zbigniew Brzezinski, George Soros, and Goldman Sachs. Obama’s mother was an official of the Ford Foundation, the World Bank, and US AID. By all indications, Obama was identified for future political use by Brzezinski at Columbia in 1981-1983, during Obama’s secret lost years. Obama has worked for the Gamaliel Foundation, the Joyce Foundation, the Woods Fund, and the Annenberg Foundation as a community organizer – a poverty pimp, a cynical opportunist who uses suffering people as a political commodity. The foundation strategy is divide and conquer, pitting blacks against whites against Hispanics against Asians, to prevent any challenge to Wall Street. Racist provocateurs like Wright and Pfleger, along with Weatherman terrorist bombers Ayers and Dohrn, Obama’s best friends, are cast in this mold. Rezko, Auchi, and Al-Sammarae represent the cesspool of Chicago graft and corruption in which Obama cavorts. Schooled in Nietzsche and Fanon, Obama qualifies as a postmodern fascist. An Obama administration would strive for brutal economic sacrifice and austerity to finance Wall Street bailouts, and for imperialist confrontation with Russia and China.

Does any of that sound a tad bit familiar?

Is anything else left?

And since there’s been no shortage of psyops around Obamerica lately, you might also wanna check out Tarpley’s 9/11 Synthetic Terror: Made in USA, too for a refresher on just how far things went and how far down the rabbit hole we’ve fallen.