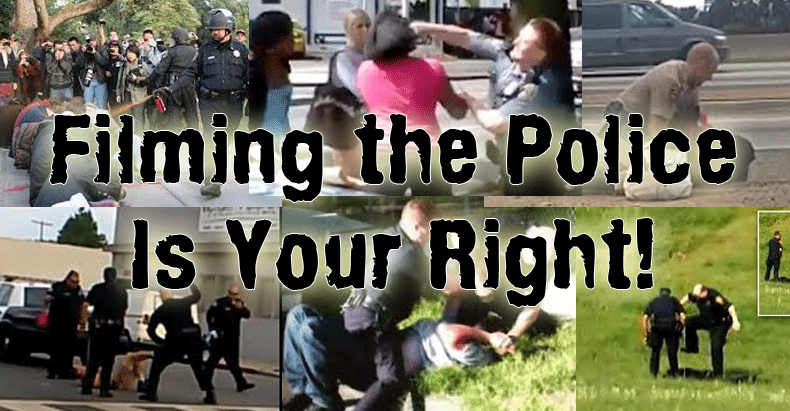 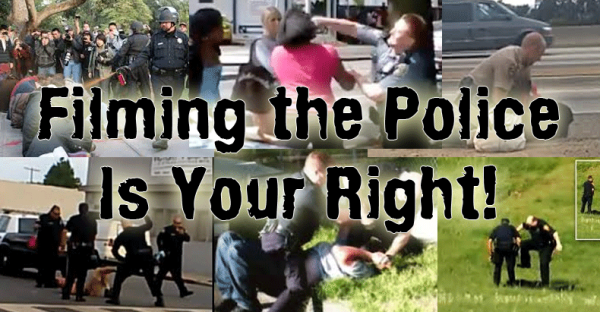 Carbondale, IL– A video posted to Facebook on Friday has reignited the debate over whether or not it is illegal to film police officers in Illinois under their new eavesdropping bill which Gov. Pat Quinn signed into law in December.

The video, taken by Matt Fedora, shows him bravely confronting an officer for allegedly spending several hours asleep in a church parking lot while on duty.

“My house got broken into about a week ago, so if I’m spending money, I would appreciate it if you would do your job and keep a look out for people that are breaking into houses, not fall asleep in the church (parking lot).” Fedora told the officer.

The officer denies he was asleep and claims to have made several stops and an arrest during the time.

Fedora also accuses the officer of dumping out his dip in the church parking lot as he films the large puddle by the officer’s vehicle.  The officer explains it was a soft drink.

While sleeping on the tax payers dime is certainly offensive, what happens at the end of the video is what has really sparked the most discussion.

“If you keep lying, I’m going to put this on YouTube,” Fedora tells the officer.

“Are you aware it is now illegal to video record police officers in public?” the officer asks.

“Is it?” Fedora counters.

“I’m afraid it is.” the officer says as the video ends.

In March of last year the Illinois Supreme Court struck down the state’s eavesdropping law as it was touted as the most unconstitutional law of its kind in the country.  Instead of just accepting this, on December 2, of last year, the controversial amendment to Senate Bill 1342 flew through both the house and senate.

Below is some of the vague wording from this legislation.

(b) The eavesdropping of an oral conversation or an electronic communication of any
law enforcement officer, State’s Attorney, Assistant State’s Attorney, the Attorney General, Assistant Attorney General, or a judge, while in the performance of his or her official duties, if not authorized by this Article or proper court order, is a Class 3 felony, and for a second or subsequent offenses, is a Class 2 felony

The bill caused a massive show of confusion even among the media, with some reporting it was now illegal to record police, while others claimed it did no such thing.

As we previously reported:

The legislation clearly states, as we show above, that recording any law enforcement or government official during any private communication will be considered eavesdropping; a felony,  punishable by jail time.

Private communication is defined in the legislation as such:

For the purposes of this Article, “private conversation” means any oral communication between 2 or more persons, whether in person or transmitted between the parties by wire or other means, when one or more of the parties intended the communication to be of a private nature under circumstances reasonably justifying that expectation.

Reasonable expectation is defined in the legislation as such:

A reasonable expectation shall include any expectation recognized by law, including, but not limited to, an expectation derived from a privilege, immunity, or right established by common law, Supreme Court rule, or the Illinois or United States Constitution.

The problem arises when we try to define reasonable expectation, it is left up to arbitrary interpretation. As per the legislation: any police officer, at any time, in Illinois can simply say they have a reasonable expectation of privacy and therefore charge a person filming with a felony.

However, the ACLU maintains that the law does allow citizens to record on-duty government officials, including police officers, who are talking to the public as part of their jobs, because those conversations are not considered private, and Councilwoman and mayoral candidate Jane Adams seems to agree.

“Our police officers are here to serve the public — in this case, a young man who says his house was recently burglarized,” Adams told The Southern. “No officer should threaten a citizen for exercising their constitutionally protected right to free speech. Our officers must be fully informed of this fact, so incidents like this do not occur in the future.”

The claims made by Fedora in the video are currently under investigation according to Interim Police Chief Jeff Grubbs, but more importantly- officials are now seeking legal opinion to figure out once and for all if filming the police is actually illegal.

Ironically, filming the police is what is now forcing that discussion, proving once again the importance of having and exercising your right to do so.

“In this day and age, we all recognize there are devices that video record encounters of private citizens and police and their interactions with each other. That’s common and I don’t believe it to be in violation of the law when done in a public place,” Grubbs told The Southern. “Where the act isn’t clear is when we get into recordings that include oral communication, and that’s why we’re seeking a legal opinion.”