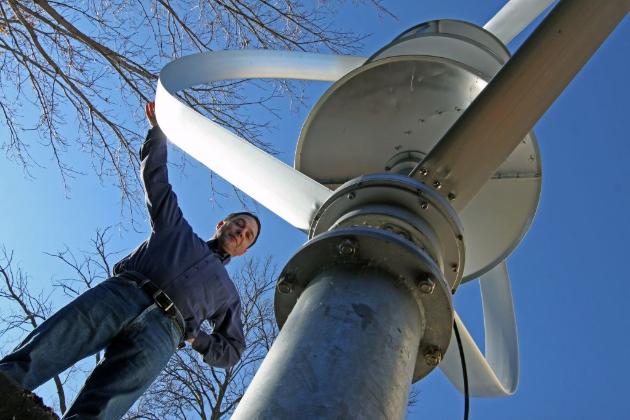 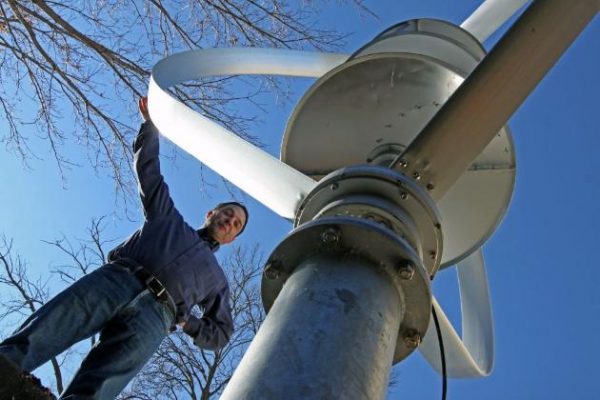 Orono, Minnesota – Over the past year, we have been following the story of a Minnesota man named Jay Nygard, who is routinely risking jail time because he refuses to remove a wind turbine from his property. Nygard has been in and out of court over the years, and despite a short-lived victory back in October, he is now risking jail time again, and facing an ultimatum from the city yet again.

Jay owns a company called Go Green Energy, which sells wind turbines in other areas of Minnesota, but he isn’t able to do so in Orono where he lives because of permit and licensing laws. These are the same laws that are preventing Nygard from building on his own property.

The local government and a few nosy neighbors had been disputing the placement of this turbine for over 4 years, since it was built in 2010.

Jay reached out to the Free Thought Project in October to let us know that a judge ruled that he was allowed to keep the wind turbines on his property because the case was getting so much media attention and he was receiving so much support from the community. However, now just a few months later, the local government is coming after him with different threats, and a different deadline.

According to the Minneapolis City Pages, Judge Susan Robiner has ordered that Nygard be arrested if he doesn’t disassemble the turbine in his front yard by February 19.

The judge has said that the turbine produces an “intense flashing light and sound” that “no person should be expected to endure.”

However, Nygard says that the turbine is not a nuisance, and doesn’t even have a light. Nygard is not backing down though, he has refused the court’s orders for years, and he doesn’t plan on stopping any time soon.

“We didn’t take the turbine down because there is no nuisance. There is no noise because the turbine has been locked down and not turning. This is my city. I can’t believe they’re doing this to me. That’s the craziest thing, all of this is happening over going green,”  Nygard told reporters.

If Jay doesn’t take the turbine down by the deadline of February 19, then both him and his wife will be jailed for up to 6 months for refusing to obey a court order.

Nygard has the right to do whatever he wants with his own property, but unfortunately in a democracy such as the United States, the property rights of an individual can be overridden according to the whims of politicians and the demands of uninvolved third parties.

“They seem to think they can control our property, and what we do on our property is their business, it’s my right to have it.” Nygard told the Star Tribune earlier this year

“I’m ready to go to jail for everyone’s right. If that’s what it takes, that’s what I’ll do,” he added.