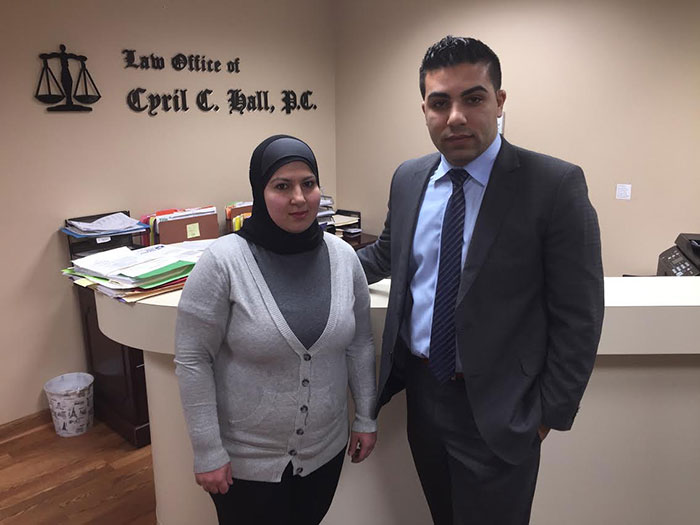 Have you ever tried to wear a baseball cap while getting your driver’s license photo taken? It doesn’t work in Kansas or Missouri, at least in the places I have tried. No hats or props are allowed. You simply go with what God gave you which does not involve anything covering that beautiful flowing, or in my case sprouting, mane.

It doesn’t matter that I might wear a baseball cap 90% of the time. They want to know what I look like without it. I accept that. We all have to accept that.

However, with the right attorney and certain religious views, it turns out that one might be able to file a lawsuit.

Oh my goodness, here we go…

DEARBORN HEIGHTS — A 27-year-old Muslim woman is filing a lawsuit against the Dearborn Heights Police department for forcing her to remove her hijab when she was arrested and booked for a traffic misdemeanor offense last July 9.

Malak Kazan said she was humiliated by the department’s policy, which required her to remove her scarf when she was detained for driving on a suspended license. As part of the booking process, Kazan was asked to remove her hijab for her mug shot.

Kazan expressed concern about the policy to the policemen on duty, claiming it was a violation of her religion. She allegedly asked for a female police officer, but was told they couldn’t provide her with one.

After growing frustration, Kazan was able to speak to a supervisor, who told her that removing headwear was part of the department’s policy and that she needed to comply or she would be further detained.

Local Attorney Amir Makled from the Law Office of Cyril C. Hall filed the case at the U.S. District Court this week. He is demanding the department change its policy and is also seeking both compensatory and punitive damages for his client.

Though this woman’s argument may seem silly or frivolous to some, Hamas-CAIR takes her plight seriously. In fact they were working on this problem long before this young woman’s self-perceived “rights” were “violated.”

Dawud Walid, the executive director of the Council on American-Islamic Relations in Michigan (CAIR-MI) told The Arab American News that the civil rights organization has successfully collaborated with the Canton and Hamtramck Police Departments to accommodate hijab attire during the booking process. However, their attempts were unsuccessful in both Dearborn and Dearborn Heights.

According to Walid, CAIR-MI met with Dearborn Heights Mayor Dan Paletko and Chief Gavin to discuss religious friendly accommodations almost two years ago. They also met with senior officers in Dearborn to discuss similar policies, but have yet to see the departments take any active measures.

As long as communities embrace Sharia law there seems to be no problem. But when Islam and local laws or customs conflict, it is local laws that must be rewritten. This is how Islam “assimilates” into society.

America, unless we begin to speak truthfully and make needed changes, this will be our future.