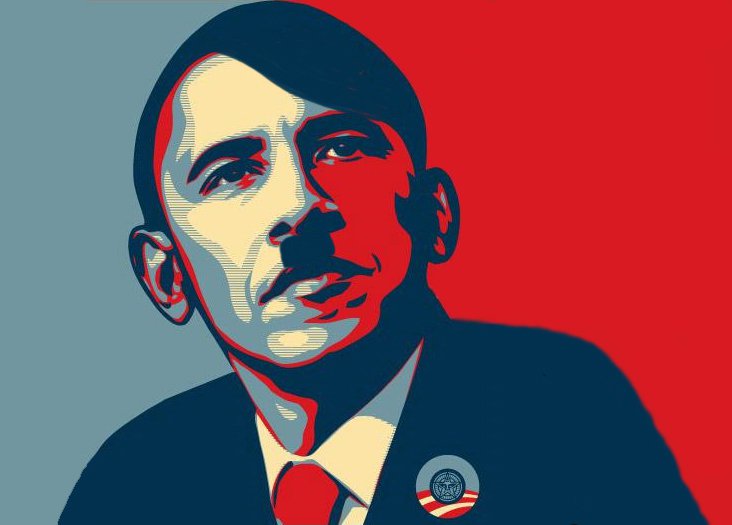 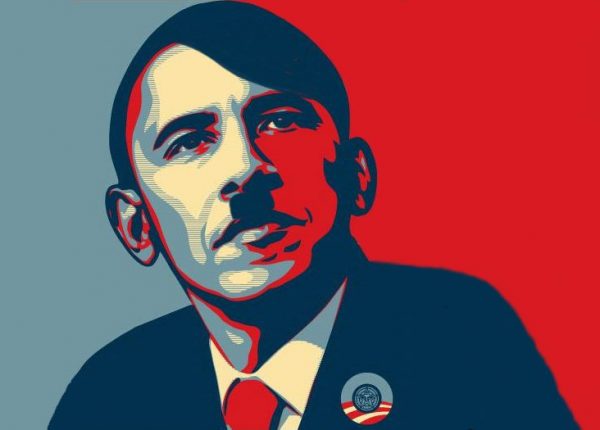 Many people, after listening to Obama’s 2015 State of the Union speech, think he is either delusional, insane, or simply out of touch with reality. The fact is, he is none of the before mentioned and fully aware of what he proposes.

Obama is so good at fooling people into believing in nonsense and outright lies that he rivals that of Adolf Hitler in the game of deception. To be this great at it, he must have studied every aspect of Hitler’s rise to power and the persuasion over the people necessary to trick them in to believing in Nazism.

In the case of the 2015 SOTU, not a single topic mentioned in the speech had one shred of truth to it. Instead, what we got was, “Classic Obama” when it comes to lies and deception.

“So the verdict is clear, Middle-class economics works. Expanding opportunity works. And these policies will continue to work, as long as politics don’t get in the way.”

A clear lie since the country continues to experience the worst economy since the Great Depression.

Essentially, the President wants to increase taxes on wealthy individuals and corporations while creating an annual tax credit of $500.00 for middle income families where both parents work and increases the child care tax credit to $3,000 per year for more middle class families.

Basically, the Federal government will rake in billions from newly proposed taxes on businesses and upper income individuals while only having to release a few million during tax time to lower income families and individuals.

A deception here is many working families will not ever see the total proposed amount because of income restrictions lowering the overall total credit. It puts families where both parents work in a position where their income will nix most of the credit. Thus, this proposal will not benefit many working families and actually destroy their incentives to do better.

So, basically we have a tax situation similar to what we have now for poor and middle class families while taxes are raised substantially for higher income individuals and businesses.

What we are not told is many privately owned businesses who are struggling to keep afloat, will pay much higher taxes under this plan.

“No foreign nation, no hacker, should be able to shut down our networks, steal our trade secrets, or invade the privacy of American families, especially our kids.”

This is a no brainer here. The President clearly wants to convince the American people of the necessity of government control of the internet. Again, using security and protection as the basis of letting them control the internet.

The truth is, there have always been hacks and security breaches with the internet and getting the Department of Homeland Security involved with policing the internet here in the states will do nothing in preventing it. What it will do is allow the DHS to monitor all internet activity by US citizens. Since the conception of the DHS, they have done nothing in fighting terrorism internationally while focusing entirely on scrutinizing American citizens. Thus, we do not need, or should we allow DHS full control over the US internet.

What we actually need is internet protection from government spying agencies who are and have been spying on us for years.

Next, we have Climate Change, where Obama states, “And no challenge-no challenge-poses a greater threat to future generations than climate change.”

Again, the President cites that the best scientists in the world are telling us that our activities are changing the climate. He again cites rising oceans, heat waves, drought, and floods that could trigger massive migrations, conflicts, and hunger around the globe.

I again, ask the President, just where are these areas seeing a rise in sea levels? Since a rise in sea levels caused by melting polar and glacier ice would be the culprit for such a rise, the resulting flooding would be permanent, not temporary as experienced with storm surges or tsunamis. Mr. President, this is simply not happening in reality, only in your deranged mind.

Obama also talks about the necessity of reducing carbon dioxide and methane gasses in the atmosphere because they are said to be primary greenhouse gasses. This is also a ridiculous claim since the concentration of CO2 in the overall atmosphere is less than 1% of 1% and CH4 concentrations are even much less than that. What such low amounts of CH4 and CO2 really mean is they are both classified as inert gasses.

In reality, the main greenhouse gas is water vapor. I do not hear the President mentioning this. Why? Because he knows there isn’t a damned thing he or anyone else could do to reduce the level of water vapor in the overall atmosphere.

Droughts and floods have been happening since the earth has had an atmosphere and are more common today, only due to the increase in urbanized areas in the world and technology capable of recording it. Otherwise, the rate of extreme weather is the same as it always has been.

Obama’s mention of the Pentagon believing climate change is a major threat is a farce since the assertion comes from individuals highly involved with environmentalism.

Next, the President had a nerve even mentioning the “War on Terror” since he has become the world’s biggest supporter of terrorist organizations in every way. The funding terrorist organizations used to get from friendly countries around the world is pale in comparison to the billions they have received via the Obama Administration since taking office. Not only has the President funded these organizations, he has also supplied them with billions of dollars in arms and military equipment, actual hands on training by the US military, as well as actual help on the battlefield.

Daily, we hear about the advances of ISIS in Syria despite the air strikes supposedly being carried out by the US to deter them. This is because the bombings are of deserted areas and against Assad’s forces, not ISIS. This has been the case since Obama wanted to bomb Assad government targets in Syria back in 2013.

Supplies and weapons have also been dropped by the US military to ISIS, both in Syria and Iraq on several occasions.

The President is also responsible for helping terrorist organizations around the world in general and helping them overthrow stable governments in the Mid-East during the Arab Spring violence.

Our current lousy relations with Russia is directly related to this Administration’s involvement in helping terrorist organizations in the Ukraine.

A State of the Union address is pointless when it is made by someone who has clearly committed treason against the US by aiding and abetting our enemies like Obama has. A SOTU means nothing coming from a man who is a pathological liar and has been since taking office.

Instead of publicly speaking as President, Obama should be behind bars for treason, racketeering, and extortion.

About Tony Elliott: I am an established writer with articles in over 20 publications of differing topics Political Commentary Columnist for the Cimarron News Press in Cimarron, New Mexico from 2001 to 2003 generating the controversy I was hired for. I also was a regular writer for several small coastal newspapers in Southern Oregon during the early 1990’s. BOOKS: Aura Visions: The Origin Prophecy, Enviroclowns: The Climate Change Circus, Strange Sounds: A Research Report.