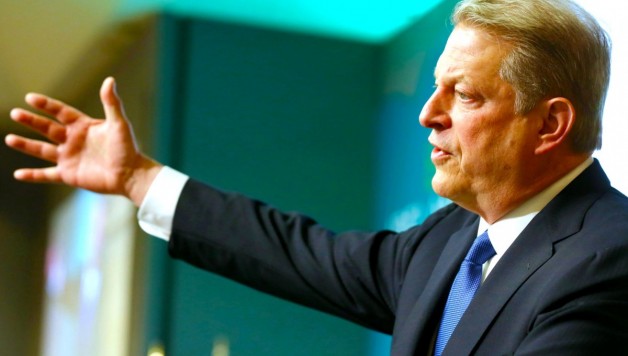 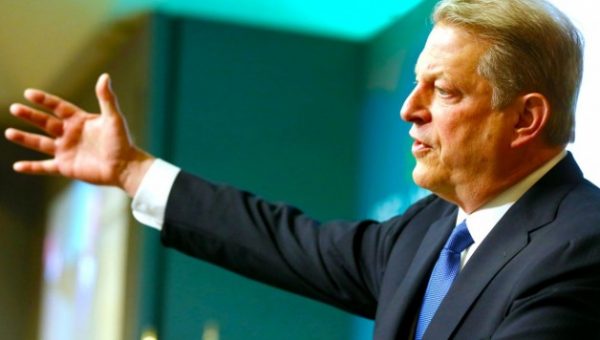 If you live in a major city and own a car, you might not be able to keep your car in the city, or you might have to give up your car altogether. You see, former Vice President Al Gore and his current partner in crime, former Mexican President Felipe Calderon, are looking to obtain $90 trillion dollars in order to ban cars from all major cities. Gore and Calderon, presenting a report from the Global Commission on the Economy & Climate (GCEC) at the World Economic Forum in Davos, Switzerland, argued that making cities more compact, wholly reliant on public transportation, and “more climate friendly” is the only way to ensure that cities do not contribute to global warming.

Remember that our national debt is $18 trillion dollars at this point in time and continually rising. Granted that $90 trillion is worldwide; however, Gore and Calderon are telling Americans their tax dollars should be spent to ban their own cars from cities.

According to Gore and Calderon, cities will spend a total of $90 trillion dollars upgrading in the upcoming decades. They contend this money should be spent on making cities “more compact, better connected with strong mass transit,” as the GCEC report suggests, since “such cities are more productive, socially inclusive, resilient, cleaner, quieter, and safer.” No surprise that the GCEC report indicated that “70% of the world’s energy use and greenhouse gas emissions come from cities.”

Wasn’t it those nasty, coal-powered, electricity-producing plants that were the biggest culprits in gumming up the air with greenhouse gas emissions? Wasn’t there also some mention of wood burning stoves creating “unsavory” air for the populace? And didn’t Al Gore at one time claim the arctic ice caps would be gone by now because of global warming/climate change?

It seems that with these “global warming/climate change” activists it flip flops daily as to what they indicate is causing this phenomenon – a phenomenon which has not been scientifically proven using the Scientific Method. What doesn’t change is the mantra that “humans have caused all of this.” Now, the slight shift is how humans have developed their cities that is pumping out the greenhouse gases.

It has been indicated previously that cow farts and belches produce more “greenhouse gas” than humans. But, that is just one species. There are all sorts of animals that fart and belch – dogs, cats, horses, pigs, giraffes, wolves, buffalo, etc. It has also been reported that carbon dioxide makes up less than 1% of 1% of the gases in the atmosphere and methane comprising less than that. Plants need carbon dioxide for survival. People exhale carbon dioxide. Water vapor is more prevalent in the atmosphere than either carbon dioxide or methane.

Calderon stated, “The mistake we made in Mexico was to let cities develop however they want, and it’s a mess.”

In other words, local government has not functioned properly in how it handles city development and growth, so it needs to be managed more centrally. It’s the old mantra of “people cannot self-govern” or “local government cannot be trusted.” Calderon needs to shut his pie hole, as Mexico is a mess, not because of “cities developing however they want,” but because the central government, as well as many local governments, are so corrupt you’d have to remove every single government official in Mexico to rid it of corruption. Even at that, there is no guarantee you’d get them all as corruption, lawlessness, and criminality seem the norm rather than the exception in that nation’s government.

Interestingly enough, these individuals, who were at this “forum” championing taking away the individual right to own a car, arrived in private jets – 1,700 of them to be exact. Not surprisingly, the Swiss military “had to open an air base for the private jets to land” the air traffic was so heavy. Last year, conference goers were shuttled in by 200 helicopters. Now, why did not these “climate concerned” individuals use public transportation? Hypocrites all of them would be if “global warming/climate change” were real.

If climate change/global warming were actually real and all scientists agreed it was and humans were causing it, wouldn’t you think an advocate of decreasing greenhouse gas emissions would be setting the example? That would make sense; but, this isn’t about “sense.” It’s about what those in power can get others to believe in order to give up more individual rights and liberties, accept Agenda 21, and submit to totalitarian control.

Gore is so intent on this latest hair-brained cause of “climate change” he is collaborating with pop star Pharrell Williams to stage a massive concert called “Live Earth” in six cities across the world, no less, to raise awareness of climate change/global warming. Wonder how many private jets, helicopters, and 18 wheel trucks it will take to put on these concerts in these cities? How much trash will these concerts generate that has to be carted away? Think of all the resources it takes to generate lights, music, and sound. Oh, but that doesn’t count since it’s for the cause of pushing the climate change agenda.

Coal-powered electrical producing plants are on the chopping block because of the farce of global warming/climate change. Cities of the world, in particular the humans in them, are now being targeted as a cause of “greenhouse gas” emissions from being “sprawling” and “limited” in mass transit. It’s us humans and our nasty cars in cities that are pushing more greenhouse gases into the atmosphere. And, to shed light on this “problem,” Gore and his pundits arrived in private jets to a conference in the city of Davos and now, are going to increase the greenhouse gas emissions in six other cities by holding a concert. Their logic can give one a headache.

What is just as interesting as where these “conferences” and “forums” are held is where they aren’t. No conference like this is held in Russia, China, North Korea, or Cuba. No, these conferences are held in Western nations instead of communist-ruled ones. When looking at their agenda, it makes sense. Nations ruled under communism or some semblance of it have already limited the rights of their citizens. There is no need to bring the farce of global warming/climate change to those nations since those people do not need to be “wooed” away from freedom and liberty, as their leaders have already taken those away. The governments in those countries owns the utilities and power plants; some, even all the property. It is the free nations of the world that must be convinced to relinquish their rights.

Once the free world agrees to relinquish some rights willingly, it becomes easier to get them to relinquish more and more until they will freely accept a totalitarian rule. Large numbers of people concentrated in small areas devoid of independent, individual transportation are more easily controlled; they won’t be able to leave on their own volition. Fewer local governments are easier to control and maintain submissive to the larger central controlling power than the number of municipalities that exist now. The people can be better surveilled and monitored when they are concentrated into smaller areas and their independent movement curtailed. Not only that, collective “indoctrination” occurs and takes hold where those who exercise independent thought and action becomes dangerous to the survival of the group.

Collective indoctrination can be so overwhelming that individuals might begin to believe it best if they walked into the gas chambers in order to stem greenhouse gas emissions caused by humans or to preserve the “limited” resources available to a pre-selected group of people should someone decide more is needed. While many may scoff at this, are we not already witness to the idea of de-population by select elitists for the “welfare of the world?” Unfortunately, brainwashing can be so strong and extensive that some people will actually buy the idea of de-population and willingly participate. Others will go along until they are the ones selected for de-population. Aren’t some people believing in “global warming/climate change” even after the UN admitted its computer models were false and other scientific data dispute it and is at best inconclusive?

Are we not already experiencing the erosion of freedom and liberty at the hands of government for one reason or another? Look at the EPA, DHS, NSA, and other government agencies. Are we not witnessing individuals crying for “more government control” that leads to erosion of rights? Isn’t the mantra of the sheep, “if you aren’t doing anything wrong, you have nothing to worry about?”

This is nothing more than Gore, Calderon, and these conference attendees advocating for Agenda 21.

Here’s a fabulous idea for the “climate change” believer, Al Gore, his partner in crime, Calderon, and all those that attended the conference in Davos arriving by private jet – Stick a cork in both ends.