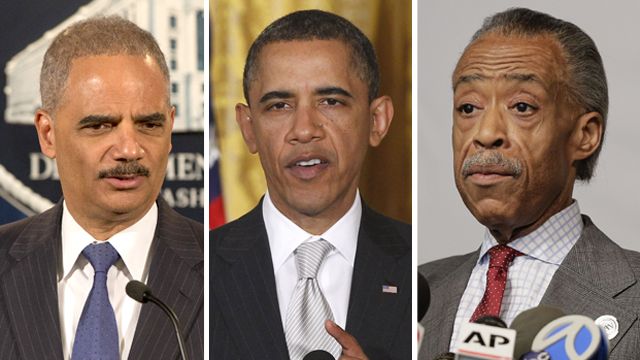 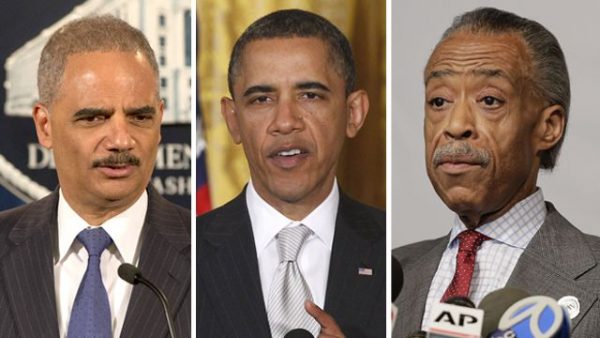 The FBI and DOJ have verified Obama’s malicious, pre-mediated racism, attempted character assassination and gross endangerment of every police officer in America. A joint FBI/DOJ investigation of Ferguson police officer Darren Wilson‘s shooting of strong arm felon-suspect Michael Brown, has been validated as pure self-defense, fully exonerating Officer Darren Wilson. This FBI/DOJ decision exposes the fact that racial politics must have been the only possible calculation Obama used to deploy Al Sharpton and Eric Holder to Ferguson, just as Al-Qaida deploys IEDs – each designed to explode on impact.

The FBI/DOJ exoneration of Officer Wilson translates into this: there was bountiful, indisputable evidence of Officer Wilson’s innocence and Michael Brown’s guilt, within mere hours of the shooting, to which Obama and Holder intentionally ignored and suppressed. Obama could have easily acted to restore calm, confidence and call for patience in the hours and days following the Ferguson incident. Instead, he took measured actions to stoke racial hatred, divide citizens and promote animosity towards America – an animosity that spread throughout the world. In fact, the FBI has confirmed that ISIS exploited the Obama/Holder manufactured Ferguson HateFest to recruit new jihadists from among the rioters to join them.

In the few weeks immediately following the conclusion of the Ferguson jury trial, at least 12 white people in the areas surrounding Ferguson, MO, have been murdered by young black men, gang-land style. The Obama/Holder/Sharpton inspired BlackLivesMatter and HandsUpDontShoot campaigns sprang forth from the malicious Obama lies of omission and his suppression of clear evidence. In fact, the moronic social media campaigns inspired by the Obama, Holder and Sharpton lies led directly to the double murders of two NYPD officers.

With facts and evidence this clear, I ask Americans of all ideologies a few simple, yet direct questions:

What does it say about each of us, as humans, if we refuse to call for the indictment of Obama, Holder and Sharpton for their malicious incitement of riots, fires, multiple murders and civil unrest?

Barack Obama, Eric Holder and Al Sharpton are covered with the blood of innocent Missouri citizens, two NYPD officers, and the charred ashes of dozens of entrepreneur’s fortunes. As a direct result of Obama’s sanctioned lies and deceptions – as proven by his own FBI and DOJ – every American can see exactly who Barack Obama is, as a man and as a politician.

The most important question is, who are we?

Rob is a husband, Dad, writer, filmmaker, conservative activist and blogger at RobCunninghamUSA.com. He created AboutCommonCore.com, a website designed to rapidly spread public awareness of the most vile government propaganda scheme in US history. He’s co-founder of a leadership and sales training company, previously served as an investment banker and mortgage industry consultant, was a Delta Air Lines pilot and seven year veteran of the USAF. He earned a degree in management information systems from the University of Georgia. You can follow Rob on Twitter @Rob_Cunningham.