In a television first, a new show coming out in February on the cable channel WeTV is simply called “Sex Box.” 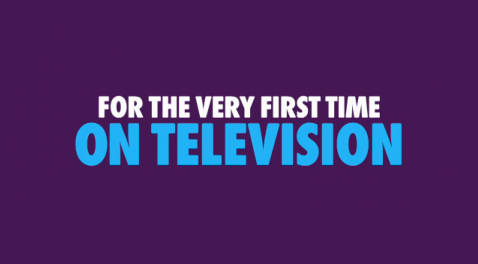 Not to kill the suspense here, but it’s a show featuring couples having sex. In a big metal box. In front of a live studio audience. On TV.

The show, which WeTV is hailing as “groundbreaking” and “captivating,” is being billed as “the most extreme couples therapy ever” and not a new form of weird voyeuristic amateur pseudo-porn.

During the show, a couple walks out on stage in front of an audience of people clapping like it’s just a regular episode of Oprah or something, only this time, they’ll be sharing the most intimate moment they can share together outside of childbirth live in a giant metal box in front of said audience on stage on TV — essentially exploiting something that should be upheld as special or at the very least private and turning it into something cheap and repulsive while people watch.

After the act is presumably over, the couple is supposed to come out of the box and sit down on a couch with three random TV personality “experts” (strangers) and talk about their love life and sexual issues in front of the audience that just sat there presumably waiting while watching them have sex in a giant metal box.

WeTV is a cable channel owned by AMC Networks, “Similar to VH1 and Bravo, the channel’s programming focus is bent mainly towards women, though since the fall of 2014 the network has also attempted to accommodate additional male viewership,” according to Wikipedia. More than 83 million households (or nearly 73% who own a television) are getting WeTV piped into their homes.

Who calls up asking for tickets to be a part of that studio audience, by the way? “Hey, it’s a Thursday and we’re not doing anything hun, wanna grab the fam and head on down to WeTV studios and watch some random couple get it on in a giant metal box on stage?”

Sounds like they’re taking a scene out of the movie Requiem for a Dream and trying to normalize it for prime time reality TV.

It’s hardly a secret that the days of television’s supposed innocence are so long gone they may have never even existed in the first place, but is this really our modern society? This what is passing for TV programming these days?

What are we, high tech Rome?

What’s next, a show featuring live duels to the death between angry neighbors because one didn’t return the others’ lawn mowers in a gladiatorial pit as a form of “extreme mediation therapy” on live TV?

Or is this the final step on the path to Videodrome?

This disturbing film described how the theater of the mind would use sex and violence as a weapon to brainwash and control the captive population:

Can you imagine what an alien race on the outside looking in would think of this show?

Guess I’m not the only critic: