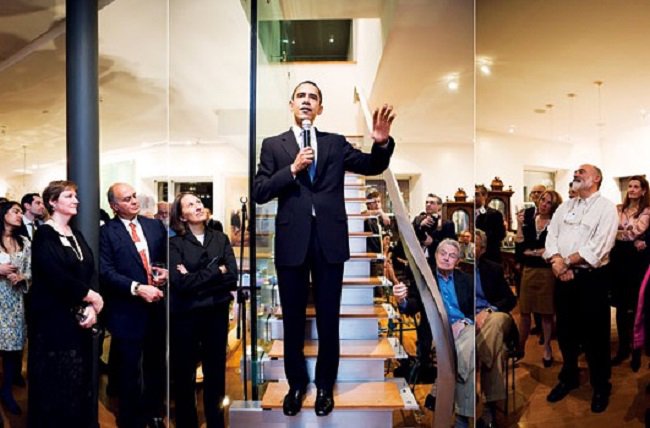 In a 2006 video, Barack Obama admitted that his father was born a Muslim. Inherent in this admission is that Barack himself was born into the Muslim religion. That’s according to sharia law. Any child born to a Muslim father is recognized in the Islamic religion as being a Muslim. His subsequent admission in the video was that he converted to Christianity courtesy of the “Trinity United Church of Christ.”

That is a clear admission that Obama left the Islamic faith… or is it?

[**UPDATE** As Keith points out, at the 15:18 mark, Obama says that he “submitted” himself to God’s (Allah’s?) will. To “submit” is the very definition of Islam; Islam means “submission.” Christianity calls for followers to be vessels for God’s will, not slaves to it. Christianity includes free will; Islam does not. Here is the video cued up for that admission:]

In the eyes of Islamic law, there are only two things that Obama can be based on his admission. He is either an apostate – in which case he is despised by Islamic world more than is an infidel – or he is a stealth jihadist practicing Muruna. Muruna is a tactic that not only permits Muslims to lie but allows them to say and do things that are otherwise blasphemous if they are serving a greater purpose, using what is known as the Doctrine of Balance. As Shoebat.com has discovered, the Spiritual leader of the Muslim Brotherhood Yusuf al-Qaradawi has written extensively about the Doctrine of Balance.

So which one is Obama? Catching him in certain kinds of lies (yeah, we know there’s been a lot) might help. A year and a half after that speech above, Obama said something at complete variance with the admission that his father was a Muslim.

In December of 2007, as he was aggressively campaigning for a presidential nomination, Obama said the following:

“The only connection I’ve had to Islam is that my grandfather on my father’s side came from that country [Kenya]. But I’ve never practiced Islam.”

The only connection? Why did his father’s birth into Islam not qualify?

About six months after his June 26, 2006 speech, Obama announced that he was forming an exploratory committee to see if a presidential run was viable. By the time he said his grandfather was his “only connection” to Islam, that campaign for the White House was in full gear; it was months after this infamous photo of him at a fundraiser with George Soros:

Now, if Obama converted to Christianity, why lie? Why not tell the truth about his conversion? That he lied actually bolsters the case that he is practicing Muruna.

If Obama is practicing Muruna, he’s likely following the teachings of al-Qaradawi. Interestingly, it was Obama’s deputy national security adviser Denis McDonough who in 2012 traveled to Qatar and met with al-Qaradawi’s deputy Abdallah bin Bayyah; McDonough was later promoted to Chief of Staff:

Of course, none of this says anything about our voluminous discoveries on the dealings of his very Muslim family, which has benefited greatly from the Obama presidency.