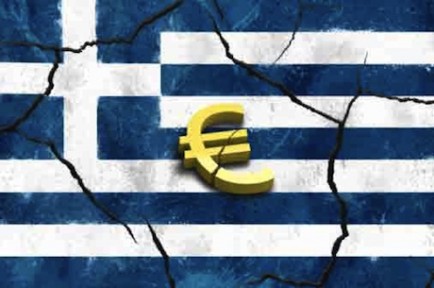 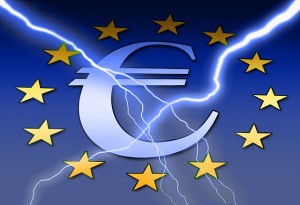 Radical leftists have been catapulted to power in Greece, and that means that the European financial crisis has just entered a dangerous new phase.  Syriza, which is actually an acronym for “Coalition of the Radical Left” in Greek, has 36 percent of the total vote with approximately 80 percent of the polling stations reporting.  The current governing party, New Democracy, only has 28 percent of the vote.  Syriza leader Alexis Tsipras is promising to roll back a whole host of austerity measures that were imposed on Greece by the EU, and his primary campaign slogan was “hope is on the way”.  Hmmm – that sounds a bit familiar.  Clearly, the Greek population is fed up with the EU after years of austerity and depression-like conditions.  At this point, the unemployment rate in Greece is sitting at 25.8 percent, and the Greek economy is approximately 25 percent smaller than it was just six years ago.  The people of Greece are desperate for things to get better, and so they have turned to the radical leftists.  Unfortunately, things may be about to get a whole lot worse.

Once they formally have control of the government, Syriza plans to call for a European debt conference during which they plan to demand that the repayment terms of their debts be renegotiated.  But the rest of Europe appears to be highly resistant to any renegotiation – especially Germany.

Syriza says that it does not plan to unilaterally pull Greece out of the eurozone, and that it also intends for Greece to continue to use the euro.

But what happens if Germany will not budge?

Syriza’s entire campaign was based on promises to end austerity.  If international creditors refuse to negotiate and continue to insist that Greece abide by the austerity measures that were previously put in place, what will Syriza do?

Will Syriza back down and lose all future credibility with Greek voters?

The Greek people just want things to go back to the way that they used to be, and they are counting on Syriza to deliver.

Unfortunately for Syriza, delivering on those promises is not going to be easy.  They may be faced with a choice of either submitting to the demands of their international creditors or choosing to leave the eurozone altogether.

And if Greece does leave the eurozone, the consequences for all of Europe could be catastrophic…

Syriza risks overplaying its hand, said International Capital Strategies’ Rediker. “Given that the ECB controls the liquidity of the Greek banking system, and also serves as its regulator through the SSM (Single Supervisory Mechanism), going toe-to-toe with the ECB is one battle that could end very badly for the Greek government.”

If the ECB were to stop funding the liquidity of the Greek banks, the banks could collapse—an event that could lead to Greece abandoning the euro and printing its own money once more.

Milios didn’t believe it would come to that, saying, “No one wants a collapse of banks in the euro zone. This is going to be Lehman squared or to the tenth. No one wants to jeopardize the future of the euro zone.”

Hopefully cooler heads will prevail, because one bad move could set off a meltdown of the entire European financial system.

Even before the Greek election, the euro was already falling like a rock and economic conditions all over Europe were already getting worse.

So why would the Greeks risk pushing Europe to the brink of utter disaster?

Well, it is because economic conditions in Greece have been absolutely hellish for years and they are sick and tired of it.

For example, the BBC is reporting that many married women have become so desperate to find work in Greece that they are literally begging to work in brothels…

Some who have children and are struggling to support them have turned to sex work, to put food on the table.

Further north, in Larissa, Soula Alevridou, who owns a legal brothel, says the number of married women coming to her looking for work has doubled in the last five years.

“They plead and plead but as a legal brothel we cannot employ married women,” she says. “It’s illegal. So eventually they end up as prostitutes on the streets.”

When people get this desperate, they do desperate things – like voting radical leftists into power.

But Greece might just be the beginning.  Surveys show that the popularity of the EU is plummeting all over Europe.  Just check out the following excerpt from a recent Telegraph article…

Europe is being swept by a wave of popular disenchantment and revolt against mainstream political parties and the European Union.

Once, Britain’s Euroscepticism was the exception, and was seen as the biggest threat to the future of the EU.

Now, other countries pose a far bigger danger thanks to the political discontents unleashed by the euro.

At this point, the future of the eurozone is in serious jeopardy.

I have a feeling that major changes in Europe are on the way which are going to shock the planet.

Meanwhile, the rest of the globe continues to slide toward another major financial crisis as well.

So many of the things that preceded the last financial crisis are happening once again.  This includes a massive crash in the price of oil.  Most people have absolutely no idea how critical the price of oil is to global financial markets.  I like how Gerald Celente put it during an interview the other day…

I began getting recognition as a trend forecaster in 1987. The Wall Street Journal covered my forecast. I said, ‘1987 would be the year it all collapses.’ I said, ‘There will be a stock market crash.’ One of the fundamentals I was looking at were the crashing oil prices in 1986.

Well, we see crashing oil prices today and the banks are much more concentrated and levered up in the oil patch than they were in 1987. From Goldman Sachs to Morgan Stanley banks have been involved in major debt financing, derivatives and energy transactions. But much of this debt has not been sold to investors and now we are going to start seeing some big defaults.

By itself, the Greek election would be a significant crisis.

But combined with all of the other economic and geopolitical problems that are erupting all over the planet, it looks like the conditions for a “perfect storm” are rapidly coming together.

Unfortunately, the overall global economy is in far worse shape today than it was just prior to the last major financial crisis.

This time around, the consequences might just be far more dramatic than most people would ever dare to imagine.