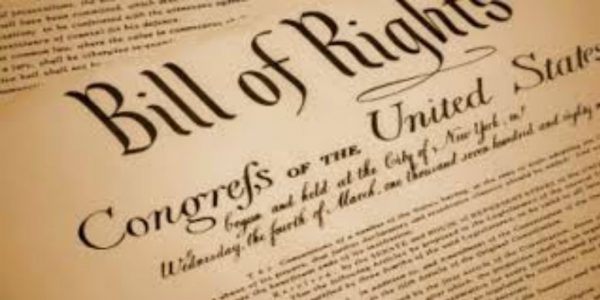 Beachgoers in San Diego blithely agreed that President Barack Obama should be given the power to completely repeal the Bill of Rights in the name of fighting ISIS in another disturbing insight into the unthinking malaise of many Americans.

Told by media analyst and author Mark Dice that Obama had announced he was to repeal the Bill of Rights in order to “help make sure that we can keep everybody safe here in the homeland,” almost all the respondents agreed that eliminating constitutional rights was perfectly reasonable.

Asked, “Is that the right decision – should we get behind Obama to make sure the ISIS threat doesn’t rear its head here in America?,” one man responded, “Yeah I would agree with that,” before adding, “Only time will tell whether it’s the right or wrong decision,” agreeing with Dice that Obama’s political advisors “know what’s best”.

When another woman was told that both Republicans and Democrats were supporting the move to repeal the Bill of Rights, she responded, “Well if they’re agreeing on something then maybe it is a good thing,” before Dice adds, “It’s what’s best for the new world order.” “Well, let’s do it, let’s get behind it” urges the woman.

Given “what happened overseas in Paris,” another man agrees that if the “experts” think the Bill of Rights should be repealed then Americans should support the move.

Dice then interviews a woman who “absolutely” supports the move to repeal the Bill of Rights “for our own good” and to stop ISIS attacks. The woman then admits she is drunk and probably shouldn’t be doing interviews.

Another man unflinchingly expressed his view that it would be “best for the country” to repeal the Bill of Rights and “modernize” the new world order. “That sounds great to me,” he exclaims.

“Whatever he wants to do it’s probably best for the country,” agrees another woman before adding, “Go Obama!”

Dice’s video once again underscores how Americans will dispense with critical thinking and go along with virtually anything if asked about it in a calm and assertive manner. Note how Dice nods his head as he is asking the question, prompting instantaneous fealty and obsequiousness from each individual.

The beachgoers seem to be particularly fervent about relinquishing constitutional rights. In number of separate videos, Dice gets them to agree to repealing the 1st amendment, the 4th amendment and the 5th amendment.

In another segment, college students sign a petition to imprison all registered gun owners, while in another video San Diegans support a move to confiscate guns from Tea Party members and repeal the 2nd amendment.