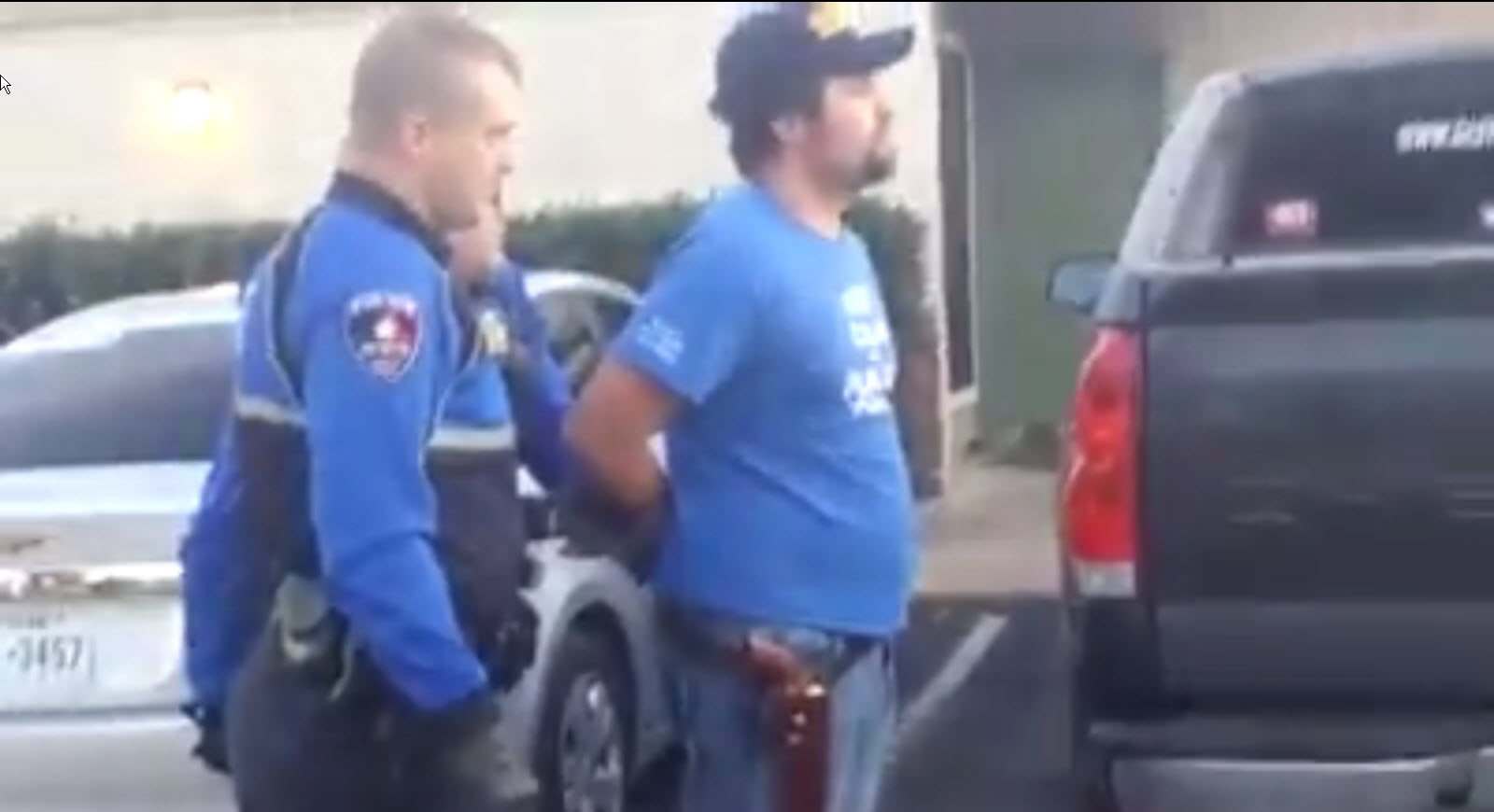 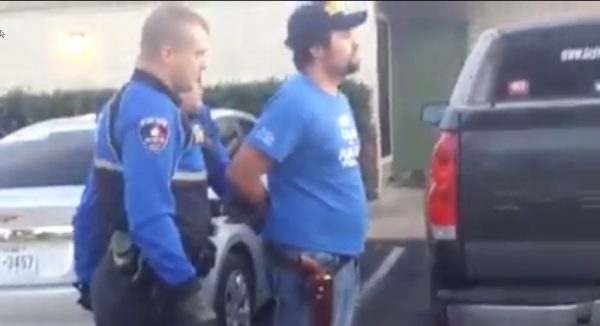 ARLINGTON, Tex. (INTELLIHUB) — Unfortunately a few open carry activists standing up for their rights found out the hard way, that we simply don’t live in a free society anymore, after a few were unlawfully arrested for carrying pre-1899 black powder antique pistols against the state penal codes 46.01 and 46.02.

This all started when a group of open carry activists were seen filming a police traffic stop from afar, across a busy city street, by a few cops passing by in their police cruiser.

Soon after two officers crossed the street illegally and proceeded to harass several members of the group.

“They’re coming for us.”, one if the activists said.

One of the activists, a female, spoke up, informing the officers, “It’s state penal code 46.01 and 46.02 sir. It’s according to the penal code, it’s a black powder pistol. It’s not center fire or rim-fired.”

Officer Deary then piped up, “I can’t tell that unless I am able to see it.”

“It’s legal to carry.”, said another activist who was present.

Then after another moment passed the officers proceeded to harass a few other members of the group which were lawfully carrying black power pistols and a long-gun just steps away.

“Alright guys that was it, you got one shot, put it back in your vehicle”, officer Kent instructed one of the activists.

When the activist responded to the officer by saying, “You said you were only going to tell again, so now you’re lying. So go somewhere else.”, the officer didn’t like his comment and nodded to the other officer to proceed.

The out of control police arrested a few members of the group against Texas code just seconds after.