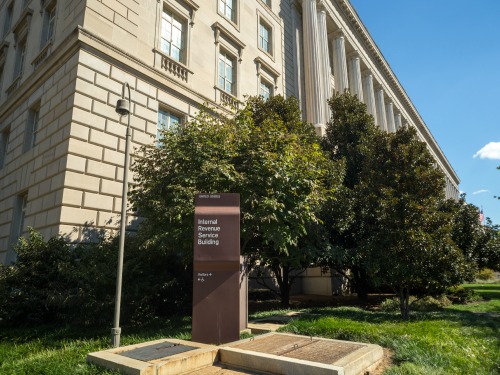 By now, most of us have learned not to expect too much from the  IRS. The agency is certainly not known for its efficiency or accuracy, and has shown us time and again what kind of bewildering incompetence it is capable of.

But sometimes even the most dysfunctional government agencies do things that are so perplexing that one is left scratching their head and wondering…how is this happening?

This time, a 94-year-old World War II veteran is the victim.

In April, the agency told Siegfried Meinstein he was dead.

It happened when Mr. Meinstein’s accountant tried to pay his taxes online last year. The IRS denied his tax return, saying the Social Security Administration had listed the filer as dead.

Mr. Meinstein, who is very much alive, has had a heck of a time trying to convince the IRS he’s still among the living, as ABC11 reports:

Meinstein called the Social Security Administration, and officials told him they never heard he was dead and still considered him very much alive. So the World War II vet got a letter from Social Security declaring he was still alive and sent it to the IRS.

The IRS denied his return again.

Meinstein then went to a Virginia IRS office in person in August to prove he was alive, the Columbus Dispatch reports. The IRS agent promised to fix the problem, but nearly every month since, Meinstein has gotten a notice from the IRS saying they still can’t process his tax return because he’s dead.

The Meinsteins contacted the Taxpayer Advocate Service for help. The advocate thought the issue was resolved in December, but the notices keep coming.

And, it gets even better: the IRS is still cashing Meinstein’s checks because he prepays his taxes and is now sending him new letters asking why he has a credit balance of $14,000 in taxes he prepaid in 2014.

Oh, and the letter also informed him that the IRS had lost his tax return.