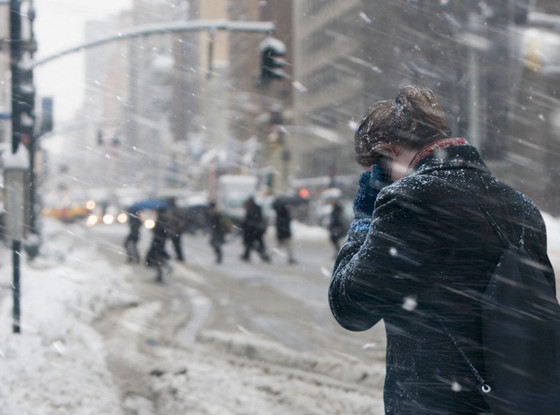 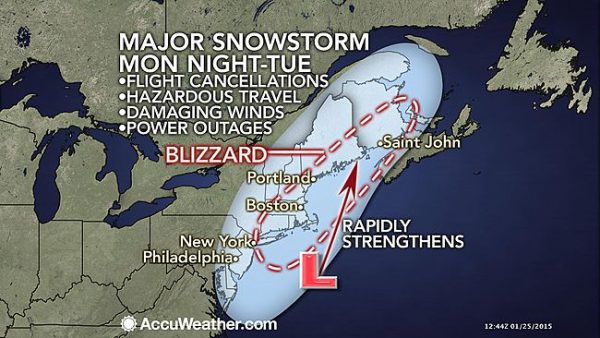 Weather forecasters are apologizing for over-exaggerating what was just two days ago being predicted to be the “worst ever” blizzard to hit the eastern US, and yet we’re simultaneously supposed to believe 100-year climate models that purport to show the earth being devastated by global warming.

After Governors in six states declared emergencies, with some threatening to order police to arrest anyone who drove during the snowstorm, the blizzard turned out to be a great deal more benign than the doomsday headlines just 24 hours before had billed it.

The “snowmaggedon” that was forecast by meteorologists to top 2006′s record of 26.9 inches of snow in New York City failed to materialize, with about 6.3 inches of snow falling in Central Park by early Tuesday. The National Weather Service canceled its blizzard warning, with computer models up to 50 miles out on where the storm actually landed.

Weather forecasters began to make their apologies, with Gary Szatkowski, tweeting, “My deepest apologies to many key decision-makers and so many members of the general public.”

“For much of New Jersey, and for the Philadelphia Metropolitan area, this is a big forecast miss,” he later acknowledged.

My deepest apologies to many key decision makers and so many members of the general public.

So let me get this straight. Meteorologists got their forecasts for one blizzard spectacularly wrong just 24 hours in advance and yet we’re supposed to place our trust in the accuracy of climate models that stretch 100 years into the future?

When you’re arguing for man-made climate change, all weather is indicative of climate change. Snow, rain, dry, hot, cold. It doesn’t matter. Just shut up and pay your carbon taxes.

I’m not a climate scientist, but when global warming alarmists are simultaneously arguing that large amounts of snow prove man-made global warming, while also heralding “the end of snow” as another indicator of anthropogenic climate change, there’s something wrong with this picture.

This month’s claim that 2014 was the hottest year ever recorded, which contradicted separate data that suggests global warming’s 18-year “pause” has continued, was immediately swallowed and regurgitated by the mainstream media.

It subsequently emerged that the assertion was based on surface temperature measurements not even within the margin of error of temperature gauges. Much more reliable satellite data, completely ignored by NASA scientists and the press, showed that the post 1997 standstill in global temperatures had continued.

The colossal failure of meteorologists to accurately forecast the “snowmageddon” just hours before it failed to arrive reminds us that climate science is a murky and highly unpredictable beast, once again underscoring how claims that “the debate is over” on climate change are monumentally stupid.