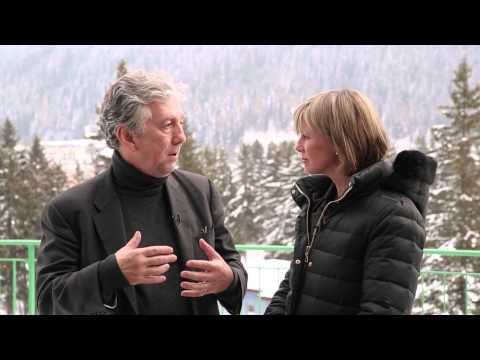 Davos economist Robert Johnson, who made headlines this week for revealing that the wealthy are buying secret hideaways as a hedge against global instability, warned in a subsequent interview that the elite are also afraid of more riots in the mold of Ferguson, Missouri.

Johnson, president of the Institute of New Economic Thinking, sparked interest when he asserted during an interview at the Davos Economic Forum that many hedge fund managers were purchasing land in remote locations so as to guard against an uprising of the poor caused by wealth inequality.

“I know hedge fund managers all over the world who are buying airstrips and farms in places like New Zealand because they think they need a getaway,” he said, with the New Economics Foundation’s Stewart Wallis agreeing, telling CNBC, “If they can get off, onto another planet, some of them would.”

Johnson expanded on his comments in a subsequent interview, telling RT that wealth inequality has consequences that will result in a rise of social instability worldwide.

“A lot of wealthy and powerful people are quite afraid right now – they see us on an unstable trajectory,” said Johnson, noting that the failure of political institutions to be representative is causing strain on the system.

“As the system doesn’t have proper resources, as it doesn’t represent people, things are getting more and more dangerous as say Ferguson, Missouri brings to bear,” added the economist.

Johnson’s view that the global elite are afraid of riots arising out of wealth inequality is shared by other economists such as Martin Armstrong, who last year predicted that widespread civil unrest would hit America by 2016 as a result of an economic downturn.

“It looks more and more like a serious political uprising will erupt by 2016 once the economy turns down. That is the magic ingredient. Turn the economy down and you get civil unrest and revolution,” wrote Armstrong.