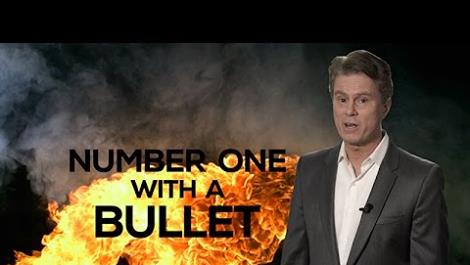 America has the highest per capita gun ownership in the world, at 90 guns per every 100 people. Which makes the USA a nightmare place for anyone who wants to amass total power and subvert the Constitution.

As for the Left’s mantra about gun ownership making America the murder capital of the world. Guess which country has the highest per capita murder rate in the world?

Alex Pappas reports for the Daily Caller that H.R. 1369, the Firearm Risk Protection Act, requires gun buyers to have “a qualified liability insurance policy” before they are able to legally purchase a firearm. If a gun owner doesn’t have insurance on a firearm purchased after the bill goes into effect, the federal government would impose a fine of as much as $10,000.

Of course, the defeat of H.R. 1369 hasn’t stopped the gun control demons. Their latest effort is by none other than the Sandy Hook Commission, thereby confirming our suspicions that Sandy Hoax was a gun control ploy.

Last week, the 16-member Sandy Hook Advisory Commission presented its recommendations to Connecticut’s Democrat governor Dannel Malloy, which included a recommendation to confiscate of all guns with the capacity to fire more than 10 bullets without reloading, the Second Amendment be damned. The commission boasts none other than former Hartford Police Chief Bernard Sullivan among its members. Read more about this here.

In the aftermath of Sandy Hoax, Connecticut had already passed gun control legislation that criminalized law-abiding citizens if they did not register their guns.