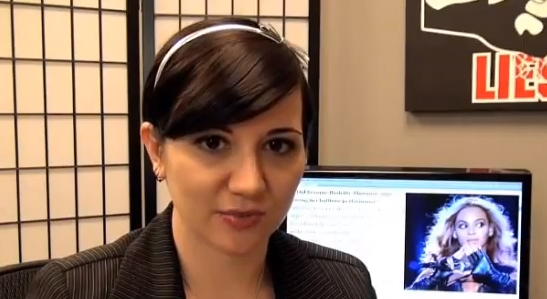 What you are about to see and hear is one of the most brutally honest rants I have witnessed in a long time. Americans need to hear this message. It comes to us via Melissa Melton of Truthstream Media.

They say that the definition of insanity is doing things over and over again and expecting different results. This would seem to be an apt description of the American people. We put these men and women on pedestals and then suffer bitter disappointment when they prove, time and time again, that they are nearly ALL puppets of a broken system. So what are you going to do America?

Will you vote for yet another puppet in 2016?

Watch this video and pass it along to all of those people who still believe that Ted Cruz, Rand Paul, Trey Gowdy or Sarah Palin is going to save us all in 2016.

They are nearly all bought and paid for. Anyone who is not will never win, because the elites will not allow it to happen. Period.

The definition of insanity is doing the same thing over and over and expecting different results.

I’m sorry, but I’m sick of people trying to lie to you and assure you that your vote for ANYONE in the presidential bread and circuses dog and pony show coming up in 2016 is going to matter in the slightest itty bitty teensy weensy little bit. Both sides of the carpet are corrupt and the entire system is not just broken, but irrevocably so.

Nevertheless, we’ve heard people waxing all optimistic on the false choices you’ll be advertised — you know, freedom, The Constitution, and stuff — but this rosy picture requires NOT looking at the man behind the curtain pulling the same old levers on the rusty ass stage play we’re sold every four years in this country for decades now.

Please. There’s no point in getting your hopes up at these savior illusions. Stop looking for a leader in Washington. We haven’t had one for over 50 years. The last one this country even tried to have was murdered.

NONE of the scum that rises to the top of the septic lagoon that currently serves as modern American politics is going to “save the Republic” or give a crap about the Constitution because ALL OF THEM are sold out puppets to the banks and megacorporations — WITHOUT exception. Period. NONE. No one. None of them. None. I feel like I need to type it one more time. N-O-N-E.

For more on what’s coming in the next election, see “The Creeping Horror of Jeb vs. Hillary in 2016” up at TSM:
http://truthstreammedia.com/the-creep…