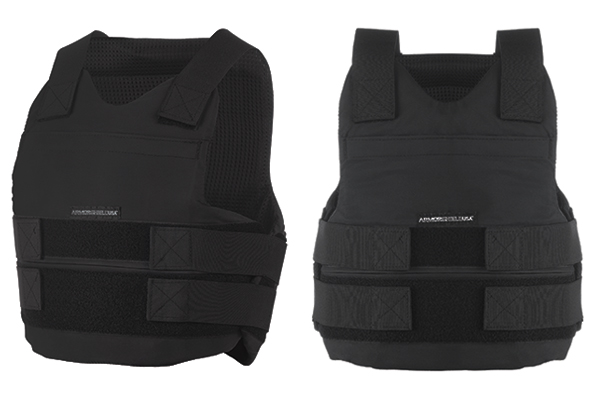 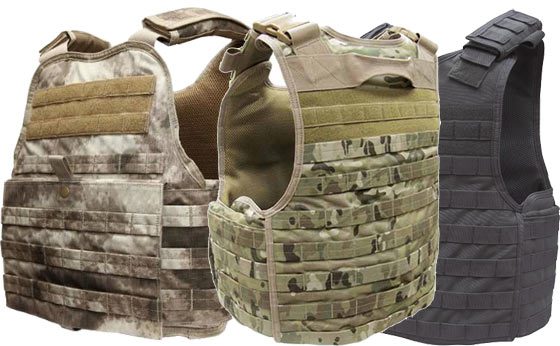 In the wake of the Sandy Hook school shooting politicians from coast-to-coast attempted to push through legislation that would ban a host of guns, magazines and accessories. Though their efforts failed for the most part, those who would take away our ability to defend ourselves always have another tyrannical card up their sleeves.

Their latest efforts to attack personal defense as a natural birthright comes from distinguished Congressional representatives Alcee Hastings (D-FL), Robin Kelly (D-IL) and Danny Davis (D-IL) and takes aim not at your ability to possess a firearm, but rather, to protect yourself from criminals who own them.

HR 378, dubbed the Responsible Body Armor Possession Act,  would make it illegal for civilians to own “enhanced body armor” such as helmets, shields or armor plates that meet or exceed Type III protection. The bill would exempt law enforcement officers and other government officials.

The co-sponsors of the bill believe body armor in the hands of private citizens to be so dangerous that they intend to impose a 10 year federal prison sentence on those found to be in possession of the contraband.

The new law would still allow Americans to own Type I and Type II protection, which are designed to stop calibers ranging from .22 caliber to .357 Magnum respectively. Type III body armor is designed to stop higher velocity hand gun rounds like a high-velocity 9mm or .44 magnum and rifle rounds like the AK-47′s 7.62x39mm. Type IV, often reserved for special law enforcement response teams, is capable of stopping even armor piercing rounds from rifles.

Should such a law be passed, Americans would no longer have the ability to determine for themselves which type of body armor is best suited for their needs. Instead, we would be limited to protection from only a handful of calibers. And, as we well know, as soon as criminals with ill intent get wind that their victims probably won’t own body armor that’s able to stop a .44 or high velocity 9mm round, they’ll quickly switch to new weapons capable of ripping through “legal” protection.

Portions of the bill are posted below:

To prohibit the purchase, ownership, or possession of enhanced body armor by civilians, with exceptions.

This Act may be cited as the “Responsible Body Armor Possession Act”.

(a) In General.–Chapter 44 of title 18, United States Code, is amended by adding at the end the following:

Sec. 932. Ban on purchase, ownership, or possession of enhanced body armor by civilians

(a) Except as provided in subsection (b), it shall be unlawful for a person to purchase, own, or possess enhanced body armor.

(b) Enhanced Body Armor Defined.–Section 921(a) of such title is amended by adding at the end the following:

(36) The term `enhanced body armor’ means body armor, including a helmet or shield, the ballistic resistance of which meets or exceeds the ballistic performance of Type III armor, determined using National Institute of Justice Standard-0101.06.’

(c) Penalties.–Section 924(a) of such title is amended by adding at the end the following:

(8) Whoever knowingly violates section 932 shall be fined under this title, imprisoned not more than 10 years, or both.‘

But not to worry, says Dan Cannon of Guns Save Lives, because there’s probably no chance such a bill will make it into law. The audacity of the bill’s co-sponsors, however, is clear :

Fortunately, with the GOP solidly in control of both houses of Congress this bill will likely never see the light of day.

That said, it’s a great insight into how little some members of Congress care about the personal safety of their constituents.

(via The Daily Sheeple)

Though proponents of such legislation say that it protects police officers, the fact of the matter is that there were 126 police officers killed in the line of duty in 2014. This fatality rate is actually quite lower than jobs like being a fisherman or garbage collector.

Though tragic, it is inconceivable that this fatality rate should be use to justify a nationwide ban on body armor for 300 million Americans. Thus, the motivation must be either symbolic, or part of a greater plan to disarm and neuter the rights of the American citizenry.