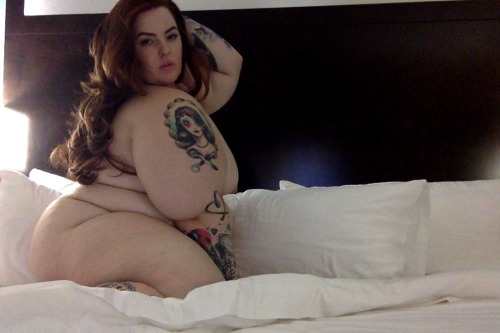 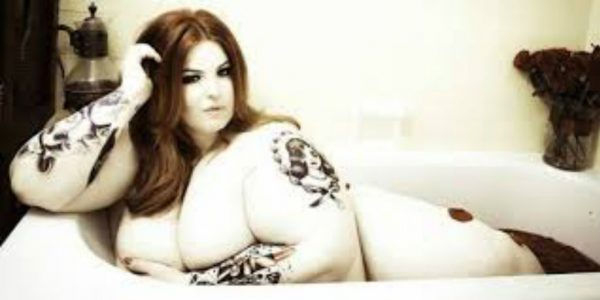 A “plus-sized” model has become the first obese woman to be signed up by a modeling agency, with 29-year-old Tess Munster being hailed as an “important role model for women,” that is, if being a role model entails promoting a lifestyle linked with innumerable chronic health conditions.

I hope this makes you realize that it’s okay to be yourself, even if you happen to exist in a fat body. I’m sexy, confident & give no fucks. Also, fuck anyone for saying otherwise. Photo (unedited) shot by @themanuc Hair by @hisvintagetouch MUA @valentinaazulxo Stylist @styledbyreah #effyourbeautystandards

Munster, who also goes by the name Tess Holliday, “has become the first woman of her size to be signed to a major modelling agency,” reports the Independent.

“She’s such an important role model for so many women,” Anna Shillinglaw, owner and director of MiLK Model Management, told the newspaper.

Munster is a staunch advocate of the #EffYourBeautyStandards campaign, which encourages women to have pride in their bodies, even if they are clinically obese.

Are the following health conditions linked to obesity something which women should aspire to?

What’s next? Are we going to see a chain smoker or a drug addict signed up as the next big thing in order to encourage women to have pride in lung cancer or choking to death on their own vomit?

Munster is being signed up by a modeling agency based in the UK, where diseases linked to obesity cost the National Health Service £47bn ($71 billion dollars) a year, almost ten times the cost of treating smoking-related diseases.

“It’s all about loving your body regardless of your size and chasing your dreams,” Munster told the Huffington Post. She’s right – if “loving your body” means putting yourself at risk of premature death and a myriad of horrible diseases.

Why are growing sections of the corporate world and the establishment media promoting obesity as some kind of bizarre social justice movement, while people who encourage fitness and health, like nutritionist Abby Pell, are being castigated for “fat shaming”?

The answer is third wave feminism. Radical feminists have embraced the “fat pride movement” despite the fact that it is incredibly harmful to women. Why? Because it advances their social engineering agenda, which is to re-categorize any criticism of whatever they espouse as “hate speech”. People who question obesity are now actually being reported to police for committing hate crimes.

Watch the video below to learn more about the total insanity of the “body acceptance movement” and why it is being embraced by radical feminists and social justice warriors.