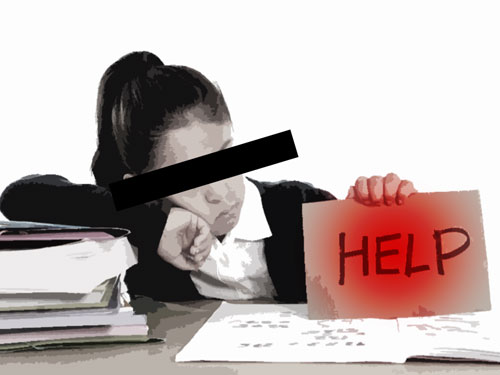 I can’t believe I even had to write that title. How disgusting.

This actually happened — in real life — in a public school in Gustine, Texas.

Elementary school students were forced to pull down their pants in class and show their underwear to their teachers, “Like… to where your butt is,” according to 11-year-old Eliza Medina, reported WFAA8 ABC.

“I felt uncomfortable, and I didn’t want to do it,” said 11-year-old Eliza Medina. “I felt like they violated my privacy.”

She was one of about two dozen elementary students who were rounded up in the small town 90 miles southwest of Fort Worth.

Eliza’s mother, Maria Medina, said boys were taken to one room, girls to another, and they were ordered “to pull down their pants to check them to see if they could find anything.”

Oh that’s right, we live in America — where there is no privacy, but you still might find yourself as a young child being forced into a humiliating situation where your teacher pulls you and your classmates into a room together and forces everyone to pull down their pants and show their underwear-clad butt.

And they weren’t looking for drugs or weapons, either, not that it would have made this okay if they had. According to the story, they did it because “educators ‘have been finding poop on the gym floor.’”

So instead of applying a little common sense…

And instead of trying to find the culprit (who may have just been a kid who was having a health issue and who was too embarrassed to come to these “teachers” to admit he or she needed help, I mean would you?) in a way that wasn’t stripping young children of their privacy, dignity, and rights in one big group…

These teachers decided to just up and shame and probably scar all these kids for life.

Eliza protested. “I said I didn’t want to, but I was told I had to because all the kids had to,” she told WFAA8. Her mom was pissed. Wouldn’t you be?

Gustine Independent School District Superintendent Ken Baugh acknowledged that making kids drop their drawers goes too far. “That’s not appropriate, and we do not condone that. So you would take disciplinary action.” [emphasis added] 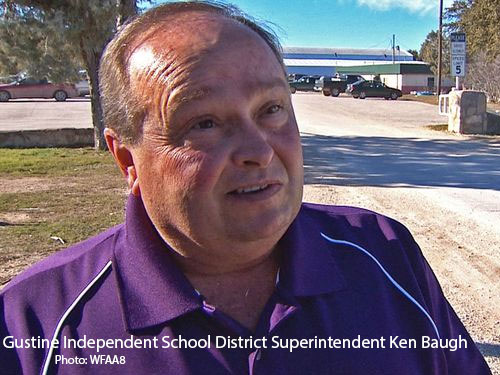 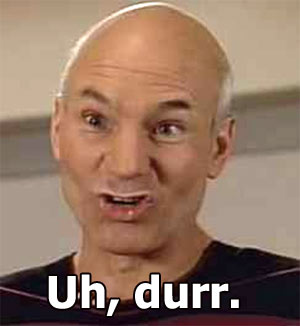 These are the people that run this school? I don’t know which thing is more disconcerting here: what happened, or that superintendent’s drooling response to it. It’s a small town, but just wow.

Is this really the best they could do? Everyone in that town should homeschool as soon as physically possible. Or, in this case, just sit your child in front of a three-speed oscillating fan for a few hours. They’d probably learn more, and at least a fan won’t randomly up and decide to rip your child’s innocence out in a way that could scar him or her for life.

Our public schools do not respect or uphold our children’s rights once they set foot on school grounds in this country. Stories time and again continue to reaffirm this.

Worse, more stories like this one only continue to prove what passes for public schools in this country are little more than government indoctrination centers to condition our children to believe that they are sheep who have no rights and that it is normal and even expected that they can and will be treated like criminals by a gestapo for any reason at pretty much any time… like if someone poops on a gym floor.

If you haven’t read The Deliberate Dumbing Down of America by Charlotte Iserbyt, you really should. You need to know what our children are up against here in the land of the fee, home of the slave.