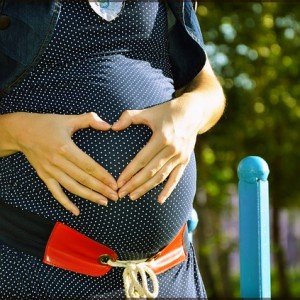 The signs of the times are everywhere – all you have to do is open up your eyes and look at them.  When a pregnant woman first goes into labor, the birth pangs are usually fairly moderate and are not that close together.  But as the time for delivery approaches, they become much more frequent and much more intense.  Economically, what we are experiencing right now are birth pangs of the coming Great Depression.  As we get closer to the crisis that is looming on the horizon, they will become even more powerful.  This week, we learned that the Baltic Dry Index has fallen to the lowest level that we have seen in 29 years.  The Baltic Dry Index also crashed during the financial collapse of 2008, but right now it is already lower than it was at any point during the last financial crisis.  In addition, “Dr. Copper” and other industrial commodities continue to plunge.  This almost always happens before we enter an economic downturn.  Meanwhile, as I mentioned the other day, orders for durable goods are declining.  This is also a traditional indicator that a recession is approaching.  The warning signs are there – we just have to be open to what they are telling us.

And of course there are so many more parallels between past economic downturns and what is happening right now.

This is precisely how markets behave just before they crash.  When markets are calm, they tend to go up.  When markets get really choppy and start behaving erratically, that tells us that a big move down is usually coming.

At the same time, almost every major global currency is imploding.  For much more on this, see the amazing charts in this article.

In particular, I am greatly concerned about the collapse of the euro.  The Swiss would not have decoupled their currency from the euro if it was healthy.  And political events in Greece are certainly not going to help things either.  Economic conditions across Europe just continue to get worse, and the future of the eurozone itself is very much in doubt at this point.  And if the eurozone does break up, a European economic depression is almost virtually assured – at least in the short term.

And I haven’t even mentioned the oil crash yet.

There is only one other time in all of history when the price of oil collapsed by more than 60 dollars, and that was just prior to the horrific financial crisis of 2008.

Since the last financial crisis, the oil industry has been a huge source for job growth in this country.  The following is an excerpt from a recent CNN article…

The oil sector has added over a half million jobs — many of them high paying — since the recession ended in June 2009. That’s 13% of all US job growth over that period.

But losing good jobs is just the tip of the iceberg of this oil crisis.

Something that I have not discussed so far this year is the looming crisis in emerging market debt.

As economic problems spread around the world, a number of “emerging markets” are in danger of having their debt downgraded.  And many investment funds have rules that prohibit them from holding any debt that is not “investment grade”.  Therefore, we could potentially see some of these giant funds dumping massive amounts of emerging market debt if downgrades happen.

This is a really big deal.  As a Business Insider article recently detailed, we could be talking about hundreds of billions of dollars…

Russia this week became the first of the major economies to lose its investment grade status from Standard & Poor’s, falling out off the top ratings category for credits deemed to have a low risk of default for the first time in a decade.

If Moody’s and Fitch follow, conservative investors barred from owning junk securities must sell their holdings. JPMorgan estimates this means they may ditch $6 billion in Russian government rouble and dollar debt.

Russia may have company. Almost $260 billion worth of sovereign and corporate bonds – nearly a tenth of outstanding emerging market (EM) debt – is in danger of being relegated to junk, according to David Spegel, head of emerging debt at BNP Paribas, who calls such credits “falling angels”.

And no article of this nature would be complete without mentioning derivatives.

I could not possibly overemphasize the danger that the 700 trillion dollar derivatives bubble poses to the global financial system.

As we enter the coming Great Depression, derivatives are going to play a starring role.  Wall Street has been pumped full of funny money by global central banks, and our financial markets have been transformed into the greatest casino in the history of the world.  When this house of cards comes crashing down, and it will, it is going to be a financial disaster unlike anything that the planet has ever seen.

And yes, global central banks are very much responsible for setting the stage for what we are about to experience.

The global financial system is literally booby-trapped with accidents waiting to happen owing to six consecutive years of massive money printing by nearly every central bank in the world.

Over that span, the collective balance sheet of the major central banks has soared by nearly $11 trillion, meaning that honest price discovery has been virtually destroyed. This massive “bid” for existing financial assets based on credit confected from thin air drove long-term bond yields to rock bottom levels not seen in 600 years since the Black Plague; and pinned money market costs at zero—-for 73 months running.

What is the consequence of this drastic financial repression along the entire yield curve? The answer is bond prices which keep rising regardless of credit risk, inflation or taxes; and rampant carry trade speculation that can’t get out of its own way because  central banks have made the financial gamblers’ cost of goods—the “funding” cost of their trades—-essentially zero.

Of course I am not the only one warning that a new Great Depression is coming.  For instance, just consider what British hedge fund manager Crispin Odey is saying…

British hedge fund manager Crispin Odey thinks we’ve entered an economic downturn that is “likely to be remembered in a hundred years,” and central banks won’t be able to stop it.

In his Odey Asset Management investor letter dated Dec. 31, Odey writes that the shorting opportunity “looks as great as it was in 07/09.”

“My point is that we used all our monetary firepower to avoid the first downturn in 2007-09,” he writes, “so we are really at a dangerous point to try to counter the effects of a slowing China, falling commodities and EM incomes, and the ultimate First World Effects. This is the heart of the message. If economic activity far from picks up, but falters, then there will be a painful round of debt default.”

Even though most average citizens are completely oblivious to what is happening, many among the elite are heeding the warning signs and are feverishly getting prepared.  As Robert Johnson told a stunned audience at the World Economic Forum the other day, they are “buying airstrips and farms in places like New Zealand“.  They can see the horrifying storm forming on the horizon and they are preparing to get out while the getting is good.

It can be very frustrating to write about economics, because things in the financial world can take an extended period of time to play out.  Sadly, most people these days have extremely short attention spans.  We live in a world of iPhones, iPads, YouTube videos, Facebook updates and 48 hour news cycles.  People no longer are accustomed to thinking in long-term time frames, and if something does not happen right away we tend to get bored with it.

And unfortunately for us, checkmate is right around the corner.