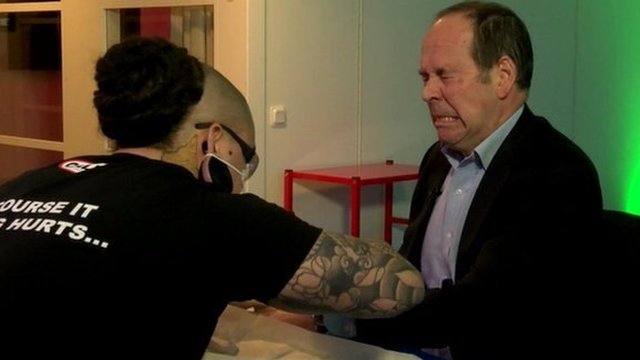 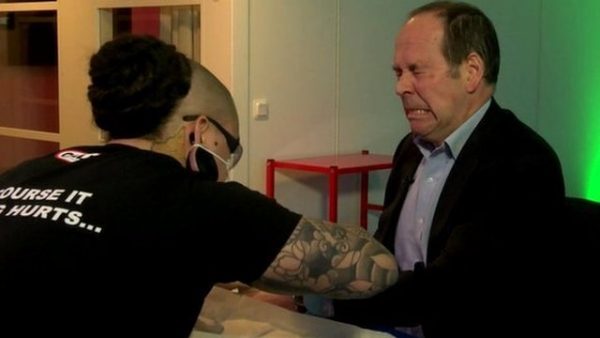 A high-tech office in Sweden is implanting its workers with computer chips under the skin in order for them to access the building, a move which ‘biohackers’ says is preparation for a dystopian future when governments and corporations adopt the same technology.

The Epicenter building in Stockholm, which hosts start-up companies as well as the likes of Google and Microsoft, utilizes microchip technology to allow staff to open doors, interact with smartphones, as well as operate equipment.

BBC reporter Rory Cellan-Jones volunteered to be microchipped for the story and had a chip injected into his hand.

According to Hannes Sjoblad, chief ‘disruption officer’ at the office development, the chip will also eventually be used to pay for food in the canteen and replace passwords to access computers.

Sjoblad said people should welcome the chip because it would make their lives “easier,” while also warning that one day governments and corporations could mandate that people be microchipped.

“We want to be able to understand this technology before big corporates and big government come to us and say everyone should get chipped — the tax authority chip, the Google or Facebook chip,” he said.

In a separate profile piece, Sjoblad seems more welcoming of the idea of everybody being chipped, commenting, “Years ago there was fear over vaccinations and now it seems perfectly normal to have cells injected into us. That is an early example of bio-hacking.”

“We’ve been putting chips in animals for 20 years,” he added.

People being implanted with microchips as a “convenient” way of getting access to secure areas is by no means a new technology.

In 2004, a BBC News reporter also got microchipped for a story about a nightclub in Barcelona where customers use the chip to access VIP areas and pay for drinks.

Also in 2004, Mexico’s attorney general and at least 160 employees in his office were injected with rice grain-sized chips in order to access secure areas of the building.

In January last year, Former DARPA director and now Google executive Regina Dugan promoted the idea of an edible “authentication microchip,” while Google engineering director Scott Huffman says that within five years people will have microphones attached to their ceilings and microchips embedded in their brains in order to perform quicker internet searches.

A 2012 CNN article which speculated about the future of transhumanism predicted that within 75 years, everyone on the planet would have a brain chip implant that would allow their behavior to be controlled by a third party.

The release of Apple’s new ‘Apple Pay’ system last year, which utilizes biometric fingerprints to allow users to make purchases, also prompted fears about the ‘mark of the beast’, a bible verse in Revelations which predicts that “no one can buy or sell unless he has the mark,” which many Christians ascribe to biometric payment technology and implantable microchips.

According to inventor and futurist Ray Kurzweil, an icon for transhumanists, smartphones will be implanted in the brain within 20 years.

In his 1999 book The Age of Spiritual Machines, Kurzweil successfully predicted the arrival of the iPad, Kindle, iTunes, You Tube and on demand services like Netflix.

By 2019, Kurzweil forecasts that wearable smartphones will be all the rage and that by 2029, computers and cellphones will be implanted in people’s eyes and ears, creating a “human underclass” who refuse the chip that will be viewed by others as backwards and unproductive because they refuse to acquiesce to the singularity.