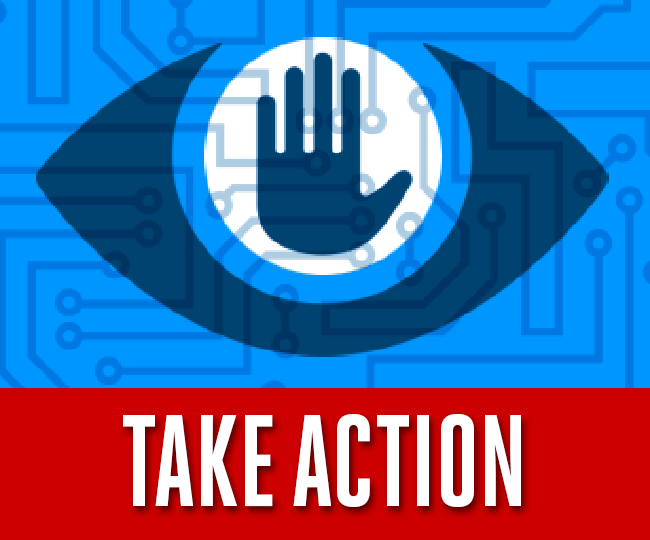 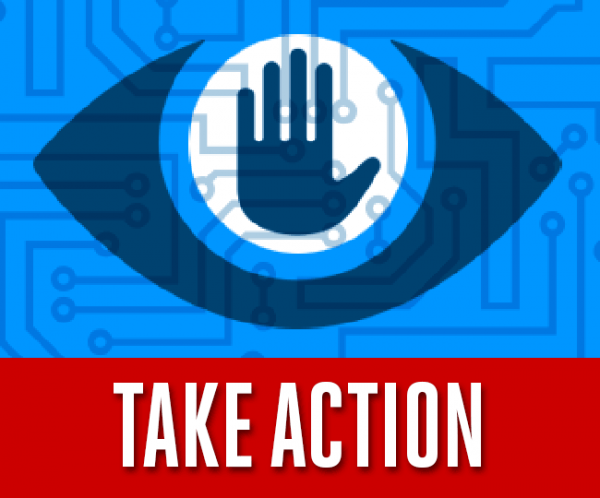 You may have heard that the Patriot Act is set to expire soon. That’s not quite the case. The Patriot Act was a large bill, as were the reauthorizations that followed in 2005 and 2006. Not all of it sunsets. But three provisions do expire on June 1st: Section 215, the “Lone Wolf provision,” and the “roving wiretap” provision.

All of these sections are concerning, but Section 215 takes the cake. It’s the authority that the NSA, with the FBI’s help, has interpreted to allow the U.S. government to vacuum up the call records of millions of innocent people. It’s also been the focus of most of the NSA reform efforts in Congress over the last year and a half. But if there were ever a time to reform the NSA, it’s now—because a vote for reauthorization, without comprehensive reform of NSA spying, will very clearly be a vote against the Constitution.

NSA Spying is Not a Partisan Issue, and it Must be Dealt With

There have been many legislative efforts to reform the NSA over the last year and a half. But none of them have been successful. Most recently, in December, the Senate failed to move the USA FREEDOM Act forward for a final vote.

What lawmakers said about USA FREEDOM, and what they are saying now, gives us some idea of where we’re headed over the next few months.

One of the most notable “no” votes on USA FREEDOM came from Sen. Rand Paul, who objected to the fact that the bill extended the sunset of Section 215 by two years. Sen. Paul has been a vocal critic of the Patriot Act and NSA spying, and has made it clear that he will vote against reauthorization.

The question now is whether he and other Republican critics will be able to push for genuine reform—something essential in a Congress that is now majority Republican in both houses.

And that’s where things get troublesome. The cloture vote on USA FREEDOM was a preview for the kind of anti-reform rhetoric we can expect to hear over the next few months. Some civil liberties advocates thought the bill didn’t go far enough—but the lawmakers who voted against it mostly thought it went too far.

Majority Leader Mitch McConnell proclaimed on the Senate floor that “now is not the time to be considering legislation that takes away the exact tools we need to combat ISIL.” Similarly, Sen. Marco Rubio—who is now on record as stating that he thinks Section 215 should never expire—stated “the world is as dangerous as ever, and extremists are being cultivated and recruited right here at home. This legislation would significantly weaken and, in some cases, entirely do away with some of the most important counter-terrorism capabilities at our disposal, which is why I will not support it.”

The rhetoric isn’t confined to the Senate floor. After a man was arrested for allegedly plotting a D.C. shooting spree, Speaker of the House John Boehner claimed that “we would have never known about this had it not been for the FISA program and our ability to collect information on people who pose an imminent threat,” even though the criminal complaint against the arrestee states that it was a government informant that supplied information about his plans.

Why The Focus on Section 215

Section 215 is an obvious target for reform. As the pro-NSA rhetoric reaches a fever pitch, it’s important to remember that we have little to no evidence that bulk collection of telephone call records under Section 215 has ever stopped a terrorist attack.

In fact, even the administration agrees—it’s not necessary. The White House admitted that the government can accomplish its goals without bulk telephone records collection. What’s more, the President’s Review Board said “the information contributed to terrorist investigations by the use of section 215 telephony meta-data was not essential to preventing attacks.” And the Privacy and Civil Liberties Oversight Board could not identify one timewhen bulk collection under Section 215 of the PATRIOT Act “made a concrete difference in the outcome of a counterterrorism investigation.” Similarly, an in-depth analysis of 225 cases of people charged with terrorism found that “the contribution of NSA’s bulk surveillance programs to these cases was minimal.”

If that weren’t enough, Senators with access to classified information have also argued that the program is unnecessary. In an amicus brief in EFF’s case First Unitarian Church of Los Angeles v. NSA, Sens. Ron Wyden, Mark Udall, and Martin Heinrich stated that, while the administration has claimed that bulk collection is necessary to prevent terrorism, they “have reviewed the bulk-collection program extensively, and none of the claims appears to hold up to scrutiny.”

What’s more, claims that collection of call records is not “that big” of an invasion of privacy are simply untrue. As we point out in our amicus brief in Klayman v. Obama, “The call records collected by the government are not just metadata—they are intimate portraits of the lives of millions of Americans.”  In one short-term study of a small sample of call detail information, researchers at Stanford were able to identify one plausible inference of a subject obtaining an abortion; one subject with a heart condition; one with multiple sclerosis; and the owner of a specific brand of firearm.

In fact, former director of the NSA and CIA Michael Hayden recently admitted: “We kill people based on metadata.”  And former NSA General Counsel Stu Baker said: “metadata absolutely tells you everything about somebody’s life. If you have enough metadata, you don’t really need content.”

Of course, voting against reauthorization isn’t the ultimate goal when it comes to reforming NSA spying. Congress needs to address myriad problems—perhaps the reason Section 215 isn’t essential is because it is such a small part of the NSA’s huge repertoire.

Congress needs to pass comprehensive reform. EFF has continued to call for legislation that would:

A no vote on Section 215—or even the prospect of a no vote over the coming months—would force the NSA’s defenders to take reform seriously.

Even though the Section 215 vote is many months away, it’s important to let Congress know what we’re expecting—a no vote on reauthorization, or any other legislation that allows suspicionless surveillance of millions of innocent people. In the meantime, as new legislation emerges, EFF will fight to ensure that all bad bills die, and push hard for any good bills to advance.

Please visit the Electronic Frontier Foundation, where this first appeared, for the latest news in digital privacy and civil liberties.