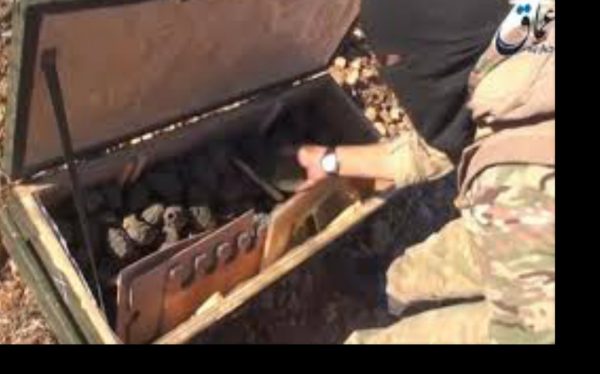 The Express Tribune, an affiliate of the New York Times, recently reported in an article titled, “Startling revelations: IS operative confesses to getting funds via US,” that another “coincidence” appears to be contributing to the so-called “Islamic State’s” (ISIS) resilience and vast resources. A recent investigation being conducted by Pakistani security forces involving a captured ISIS fighter has revealed that he and many fighters alongside him, received funds that were routed through the US.

“During the investigations, Yousaf al Salafi revealed that he was getting funding – routed through America – to run the organisation in Pakistan and recruit young people to fight in Syria,” a source privy to the investigations revealed to Daily Express on the condition of anonymity.

Al Salafi is a Pakistani-Syrian, who entered Pakistan through Turkey five months ago. Earlier, it was reported that he crossed into Turkey from Syria and was caught there. However, he managed to escape from Turkey and reached Pakistan to establish IS in the region.

The Tribune would also reveal that the findings of the investigations were being shared with the United States. The source cited by the Tribune suggested a compelling theory as to why the US has attempted to portray itself as “at war with ISIS,” stating:

“The US has been condemning the IS activities but unfortunately has not been able to stop funding of these organisations, which is being routed through the US,” a source said.

“The US had to dispel the impression that it is financing the group for its own interests and that is why it launched offensive against the organisation in Iraq but not in Syria,” he added.

Indeed, the story reveals several troubling aspects regarding ISIS’ operations in Syria. First, Al Salafi’s ability to effortlessly enter into Syria through NATO-member Turkey, then escape back to Pakistan, again, via Turkey once again confirms that the source of ISIS’ strength is not captured Syrian oil fields or ransoms paid in exchange for hostages, but rather from a torrent of fighters, arms, equipment, and cash flowing from NATO territory in Turkey.

Second – the US does indeed claim to be at war with “ISIS,” going as far as unilaterally bombing Syrian territory while claiming it must now train more militants not only to topple the Syrian government, but now also to fight ISIS – yet appears incapable of stopping torrents of cash flowing from its own borders into the hands of its implacable enemy. A similar conundrum presented itself amid the recent Paris killings, where France too is participating in military operations aimed at both toppling the Syrian government and allegedly fighting ISIS – yet claims to be unable to stop thousands of its own citizens from leaving its borders to join ISIS’ ranks.

The All-Selectively-Seeing Eyes of American Surveillance

Finally, now that the US is reportedly aware that money destined for ISIS has been routed through its own borders, surely it can leverage its massive and continuously growing surveillance state to identify where the money originated from. The individuals, organization, or government that provided the funds can then suffer the same fate other “state sponsors of terrorism” have suffered at the hands of US foreign policy, including sanctions, invasion, and occupation.

However, the likelihood that the US was unaware of these routed funds – specifically because of its massive and continuously growing surveillance state – is unlikely, as is the likelihood that the US is not also fully aware of where the funds originated from. Der Spiegel in a report titled, “‘Follow the Money’: NSA Monitors Financial World,” would state (emphasis added):

In the summer of 2010, a Middle Eastern businessman wanted to transfer a large sum of money from one country in the region to another. He wanted to send at least $50,000 (€37,500), and he had a very clear idea of how it should be done. The transaction could not be conducted via the United States, and the name of his bank would have to be kept secret — those were his conditions.

Though the transfer was carried out precisely according to his instructions, it did not go unobserved. The transaction is listed in classified documents compiled by the US intelligence agency NSA that SPIEGEL has seen and that deal with the activities of the United States in the international financial sector. The documents show how comprehensively and effectively the intelligence agency can track global flows of money and store the information in a powerful database developed for this purpose.

The obstacle the US faces in stemming funds destined for ISIS centers then, not on knowing about them, but on the fact that both the US itself and its closest allies in the region surrounding Syria are directly complicit in the funding.

As exposed by Pulitzer Prize-winning journalist Seymour Hersh in his 2007 article, “The Redirection: Is the Administration’s new policy benefiting our enemies in the war on terrorism?” it was stated explicitly that (emphasis added):

Thus, it is clear, that from 2007 where the US, Saudi Arabia, and Israel openly conspired to stand up, fund, and arm a terrorist army to fight a proxy war against Syria and Iran, to 2015 where this army has finally manifested itself as the “Islamic State” complete with funding, arms, and fighters streaming in from NATO members, the source cited by the Tribune claiming that “the US had to dispel the impression that it is financing the group for its own interests,” and thus must now feign to be interested in stopping the organization in Syria, is the most compelling and logical explanation available.

It will be interesting to see if the New York Times itself picks up its affiliate’s story, or if the US State Department, reportedly aware that ISIS funds are being routed through America, makes a comment on this recent development. What is more likely, however, is that the “War on Terror” charade will continue, with the US propping up ISIS, using it both as impetus to funnel more cash and weapons into the region that will inevitably – and intentionally – end up in ISIS’ hands, or as an excuse to intervene militarily in Syria’s conflict more directly.