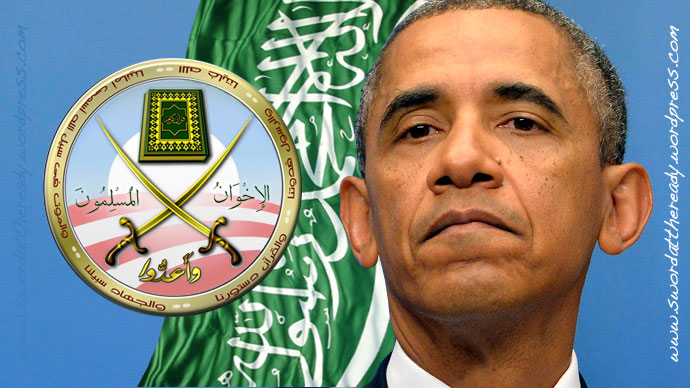 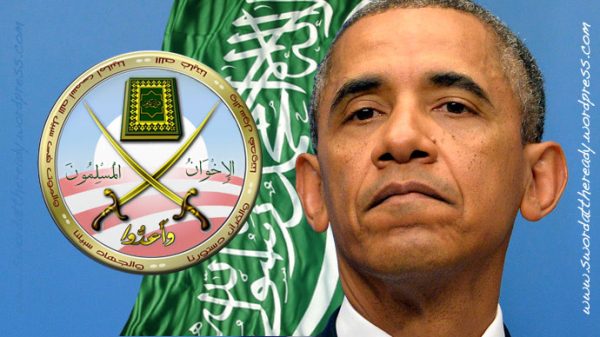 People can call the Muslim Brotherhood and their front groups like the Council on American-Islamic Relations, Islamic Society of North America and others as “harmless” and “peaceful” all they want. However, the reality is quite different. Following a meeting with the Obama State Department, the Muslim Brotherhood declared an open jihad in Egypt.

The State Department hosted a delegation of Muslim Brotherhood-aligned leaders concerning their opposition to Egyptian President Abdel Fattah al-Sisi. One of those delegates, Waleed Sharaby posed for a picture, which he posted on his Facebook page. Note the infamous four finger R4BIA he flashes for the camera, the same hand sign put up by Obama’s former Homeland Security advisor Mohamed Elibiary.

The Muslim Brotherhood called for “a long, uncompromising jihad” in Egypt just days after a delegation of the Islamist group’s key leaders and allies met with the State Department, according to an official statement released this week.

Just days after a delegation that included two top Brotherhood leaders was hosted at the State Department, the organization released an official statement calling on its supporters to “prepare” for jihad, according to an independent translation of the statement first posted on Tuesday.

Just days after a jihad attack in the Sinai region, which killed at least 25 people, the Muslim Brotherhood issued this statement:

“It is incumbent upon everyone to be aware that we are in the process of a new phase, where we summon what is latent in our strength, where we recall the meanings of jihad and prepare ourselves, our wives, our sons, our daughters, and whoever marched on our path to a long, uncompromising jihad, and during this stage we ask for martyrdom.”

The statement also goes on to cite the founder of the Muslim Brotherhood, Imam al-Bana, who has called for the death of the Jews.

“Imam al-Bana prepared the jihad brigades that he sent to Palestine to kill the Zionist usurpers and the second [Supreme] Guide Hassan al-Hudaybi reconstructed the ‘secret apparatus’ to bleed the British occupiers.”

The Washington Institute for Near East Policy fellow Eric Trager said, “The State Department should have foreseen what an embarrassment this would be.”

“The fact that the Brotherhood issued its call to jihad two days after its meeting at the State Department will be grist for endless anti-American conspiracy theories about a supposed partnership between Washington and the Brotherhood,” Trager said.

The obvious question should be raised as to why Obama entertains America’s enemies in the people’s house, and why does Congress do nothing to stop it? The Muslim Brotherhood has nothing but contempt for the United States and they have planned our destruction from within, using our own system to do it. The only answer that makes any sense is that Obama is one of them and that Congress is composed of compromised men.

However, there is a way to deal with those who are compromised and the campaign to do that is a grassroots movement you can be a part of. Take a look at these two articles (here and here) and see how you can be a part of holding these men accountable to the law.