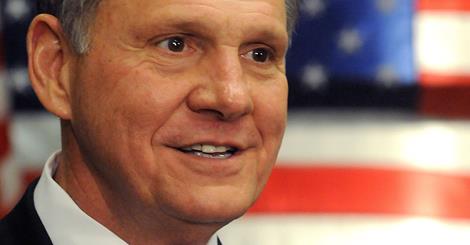 In almost every state in the Union, there has been an effort to stop the legalization of sodomite unions. There have been referendum votes, amendments to state constitutions, and other measures. These laws and amendments are now being cut down by liberal district judges.

These judges, not using the Constitution, but a false sense of social justice, are usurping both the law and the will of the people. In essence, they have begun to speak law in fiat; to make lawful what is unlawful.

But finally, a judge is standing and calling for a resistance to this tyranny.

Christiannews.net quotes the letter in part:

“As you know, nothing in the United States Constitution grants the federal government the authority to redefine the institution of marriage,” he wrote, stating that the recent ruling raised “serious, legitimate concerns about the propriety of federal court jurisdiction over the Alabama Sanctity of Marriage Amendment.”

The amendment was passed into law in 2006 with 81% of the vote. This overwhelmingly supported Amendment points to the fact that for those living in Alabama, marriage is between a man and a woman. On this note, Justice Moore continues:

“As a matter of public policy, this state has a special interest in encouraging, supporting, and protecting this unique relationship in order to promote, among other goals, the stability and welfare of society and its children. A marriage contracted between individuals of the same sex is invalid in this state.”

Moore seems to be saying that any issuing of marriage licenses to sodomites would be unlawful in Alabama. He sees the federal government’s intrusion into this issue as tyrannical.

He continued, “Today, the destruction of [marriage] is upon us by federal courts using specious pretexts based on the Equal Protection, Due Process and Full Faith and Credit Clauses of the United States Constitution. As of this date, 44 federal courts have imposed by judicial fiat same-sex marriages in 21 states of the Union, overturning the express will of the people in those states.”

Hopefully, God will raise up more justices, judges, governors, state attorney generals, and magistrates who will stand against this tyranny. The rights and will of the people are being usurped by activist judges. It is clear that we have to return to a biblical understanding of law.

We have lost the ability to ask the right questions, it seems. As Justice Moore points out so clearly, if it is not lawful, then it is tyranny. However, we must begin to ask the most important question. What makes a law lawful? We will attempt to answer this in later posts.