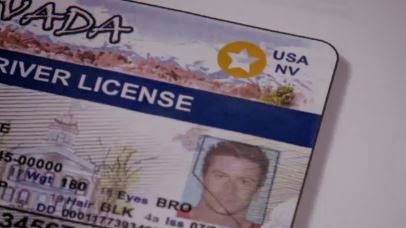 The TSA recently announced they will require a special driver’s license to board domestic flights by 2016.

These ‘Real IDs’ will have already performed extensive background checks on everyone who receives them and will feature stars and other markings to indicate good behavior. No word on markings for troublemakers.

It seems similar to how a scarlet letter was used to indicate adulterers in Puritan societies, or how the Jews in Nazi Germany were forced to wear yellow badges in public so they could be immediately recognized by authorities.

Real IDs are referred to as enhanced IDs and they also reportedly contain biometric security features and RFID chips. Since its inception, civil liberties advocates have had concerns that those without these intrusive new IDs will be excluded from basic human rights like working or traveling.

The news report below appears to confirm this agenda.

“It’s a choice,” says a Nevada DMV official in the video below, “you don’t have to get a Real ID card, but if you want to get on an airplane after 2016, you’re going to have to have a Real ID card.”