Sometimes a picture is worth a thousand words, (then the person in the picture needlessly adds a few more words as if the point wasn’t already hammered home by the picture merely existing in the first place).

Senator Ted Cruz uploaded this image to his official Facebook page on January 29th of himself having coffee with Henry Kissinger with the tagline, “Honored to share a few moments with Dr. Kissinger and hear his thoughts on the challenges facing our nation.” 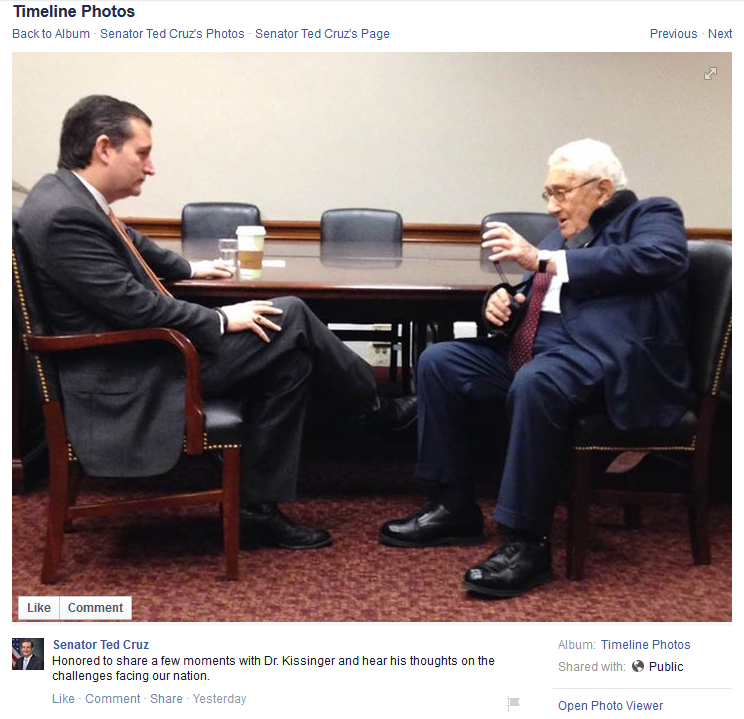 Honored, huh? I’m sure he was.

It has been widely reported in the alternative media just how phony Senator Cruz is. The man was a Bush lawyer and advisor with a Goldman Sachs/Council on Foreign Relations/Bush advisor wife (who just so happened to co-write the CFR’s blueprint for the North American Union). Cruz has even argued in his own amicus brief to the Supreme Court that assault weapons bans in certain states are “reasonable regulations”.

Here was my reply: 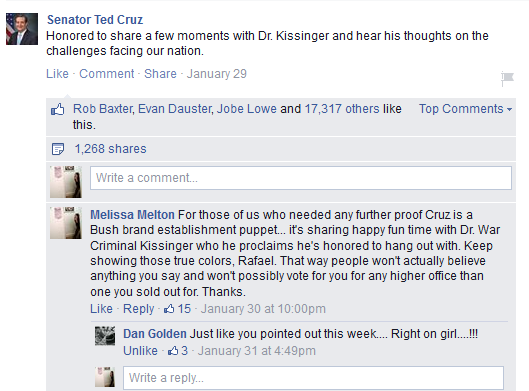 And, as if all that weren’t bad enough, the guy acts about as fake as a three-dollar bill on the 32nd day of February:

The presidential election might as well be a kiddie pool. The turds float to the top. Your choices are those turds. That’s the nature of modern American politics at the federal level.

Until more people realize this, nothing is ever going to change.