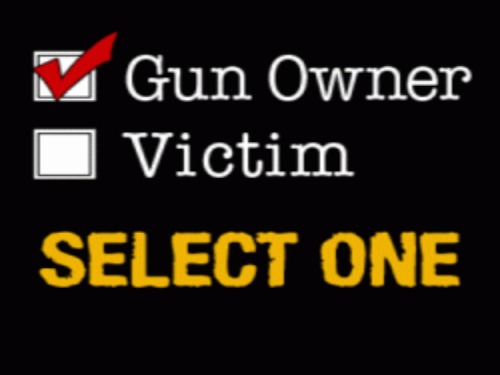 A pair of burglars chose the wrong Michigan house to break into last week.

James Wasson and Rhonda Steward scoped out a North Branch Township home on January 30. They knocked on all the doors, and when no one answered, they forced their way inside.

Wasson entered one of the home’s bathrooms and opened the closet door…and was greeted by an 11-year-old girl aiming a shotgun at him.

Wasson and Steward then fled the scene.

Police praised the girl’s courage in handling the invasion, as reported by mlive.com:

“The 12-gauge shotgun is her weapon,” said Lapeer County Sheriff Detective Sgt. Jason Parks. “She and her father are into hunting and avid sportsmen. She was familiar with that weapon.”

“She is fully capable of staying there by herself as we can clearly see based on this situation,” he said. “She was able to defend herself from an intruder and be able to resolve an event even most adults would be taken aback by.”

Added Parks, “She is fully capable of making sound, good decisions,” he said. “And be a protector of her home.”

The incident happened at about 3:45 p.m., shortly before the girl’s parents arrived home.

Both suspects were caught about 30 minutes later and have been arraigned on charges including home invasion, burglary tool possession, and receiving and concealing stolen property.

Wasson was also charged with felon in possession of a firearm and firearm used in commission of a felony.

Police believe the two are linked to between 25 and 50 similar incidents involving thefts of jewelry and household items.

Both are currently being held in the Lapeer County Jail.

Bravo to this young lady and to her parents, who taught her how to protect herself and her home.