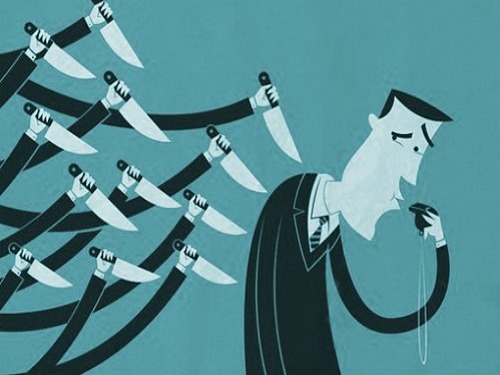 Shocking revelations about alleged CDC misconduct in a study investigating the link between autism and vaccines have been made even worse by an active campaign to censor and silence the issue in the media.

That CDC whistleblower is back in the news (in the alternative, independent news, anyway).

We’ll get to why in a minute.

In 2004, Dr. William S. Thompson worked on a report for the CDC’s National Immunization Program. That report, which ran in the “Pediatrics” medical journal, came to the conclusion that there’s no link between vaccines and autism and that no racial group is more likely to be damaged by vaccines.

But Thompson said that he and other CDC scientists intentionally fudged the results, manipulating the pool of children they analyzed and limiting the proper number of African-American children from participating. The authors limited black children from showing up in the results by excluding babies without a state of Georgia birth certificate.

Dr. Thompson came clean during the course of several conversations with Dr. Brian Hooker, who is a researcher (PhD in Bioengineering) and the father of a vaccine-injured child.

Dr. Hooker has fought against the CDC for more than 12 years, using the Freedom of Information Act to try and gather as much data as he could from the studies that the CDC has published that claim there is no link between vaccines and autism. He has submitted much of the results of his own internal investigation of the CDC data on vaccines and autism to Congress. Congressman Bill Posey has assisted him in forcing the CDC to comply with many of these requests.

After almost 12 years, his tireless pursuit of finding the truth that the CDC was hiding paid off, as the CDC finally handed over documents so that Dr. Hooker could look at the raw data that the CDC used to claim that there was no link between vaccines and autism. It took some Congressional pressure from Congressman Bill Posey to get this information.

The mainstream media scrambled to discredit Dr. Thompson. The few reports that made it to mainstream news sites were quickly pulled (two of which were on CNN). Most mainstream sites didn’t touch the story (surprise, surprise), but an article that was posted on Yahoo! Finance received quite a bit of attention.

Now, here’s why this story is back in the news: it is being reported that the Obama administration has granted Dr. Thompson official whistleblower status and immunity. This will allow him to testify before Congress about CDC fraud regarding vaccine safety and to explain the thousands of documents that have been turned over to congressional representatives, reports VaxTruth.org.

So, now, we wait for that hearing.

What will come of it? It’s hard to say at this point, but take a look at the updated study (this is the study the whistleblower is affiliated with):

CONCLUSIONS: The present study provides new epidemiologic evidence showing that African American males receiving the MMR vaccine prior to 24 months of age or 36 months of age are more likely to receive an autism diagnosis.

The CDC continues to insist that a link between vaccines and autism doesn’t exist, but…last month, they quietly launched a robo-call AND Twitter campaign to ask people for their input on the health impacts of vaccines.

Patrick Howley of The Daily Caller reported on the campaign:

The Centers For Disease Control and Prevention is making recorded calls to private cell phone users for research on the health effects of vaccines.

CDC gets people’s phone numbers from the Department of Motor Vehicles and other government agencies.

CDC is using the information for a government study on the matter as the social media campaign#CDCWhistleblower explodes on Twitter with stories and accusations from whistleblowers alleging that childhood Hepatitis vaccines have harmed children. The campaign has received no national media attention until now.

Childhood Hepatitis vaccines have been blamed by many for the preponderance of autism and other neurological disorders in children, despite no official government-recognized study confirming the longstanding suspicion by parents and advocates. All 50 states require some vaccinations for young children. The CDC childhood vaccine schedule dates back to 1983 and grew consistently through the mid-’90s.

Mr. Howley asked a CDC employee about the autism issue and was told:

“As far as autism goes, [the government] does not find associations between vaccines and autism.” The CDC employee said the study was not specifically about autism.

The #CDCWhistleblower Twitter campaign began nearly a month ago, and is still being flooded with Tweets. They are coming in so fast that I couldn’t keep up with them at the time of this writing.

Will there actually be a CDC whistleblower hearing before Congress? If so, what will Dr. Thompson reveal?