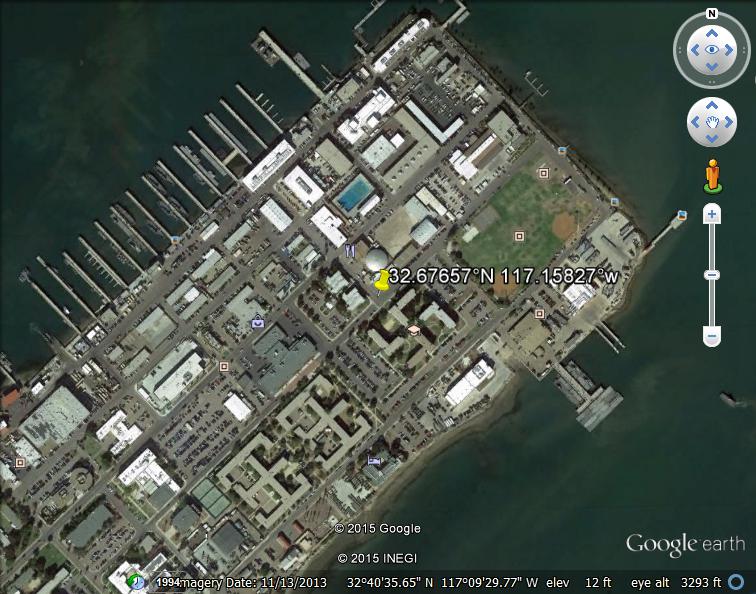 The word swastika derives from the Sanskrit svastika, which means “lucky or auspicious object”.

The swastika is an ancient symbol that dates back to the Neolithic and is considered to be a very sacred and auspicious symbol in the Indian religions of Hinduism, Buddhism and Jainism.

But the symbol is now stigmatized, being synonymous with Nazism because the Nazi Party and Nazi Germany adopted the swastika as its flag. In fact, if one were to paint the swastika on a public building in the United States, especially on a Jewish synagogue, it is considered “hate speech” subject to prosecution.

So it is all the more curious that none other than a government building in the United States — the U.S. Navy base in Coronado, California, is shaped like a swastika.

Dan Glaister reports for The Guardian that ground-breaking began for the six-building complex at the Coronado US navy base in southern California in 1967. While the original plans called for two central buildings and a single L-shaped barracks, Naval Amphibious Base Complex 320-325 evolved in design. By the time it was finished in 1970 it had four L-shaped buildings – set at right angles.

The resemblance of Naval Base Coronado to the swastika went unnoticed by the public for decades until it was spotted in aerial views on Google Earth (co-ordinates 32.67657°N 117.15827°W).

John Mock, the architect of the building complex, insisted it isn’t a true swastika: “We knew what it was going to look like, but it isn’t that. It’s four L-shaped buildings … looking at it from the ground or the air, it still is.”

That hasn’t stopped the buzz on the Internet by bloggers, anti-discrimination activists, lawmakers and a talk-radio host. Some bloggers surmise that the buildings were put up by German POWs as a Hitler tribute. Others say nearby buildings look like planes pointing at the swastika. Still others say that, sideways, the buildings resemble Calvary crosses — and they all point to Jerusalem.

So in 2008, the Navy added $600,000  to its budget in an effort to camouflage the shape of the complex with landscaping, rock structures and solar panels. “We take this very seriously,” said Scott Sutherland, deputy public affairs officer for the Navy Region Southwest. “We don’t want to be associated with something as symbolic and hateful as a swastika.”

Publisher Update: Despite promises to hide the embarrassment, it appears that very little has been done in 7+ years since this was first discovered by the public. Wikipedia reports:

Building 650, at 32.67657°N 117.15827°W has a swastika-shaped plan view. This went unnoticed by the public from its building in the 1960s until 2007 when it was spotted in aerial views on Google Earth,”[5] Although landscaping and architectural modifications were to be made to obscure the shape,[5] the 7/5/2014 imagery, the latest used by Google Earth, shows no substantive change.

Below is a Google Earth shot from this morning (February 5, 2015). As you can see there hasn’t been much done to hide it. -Dean Garrison, Publisher/Editor, DC Clothesline 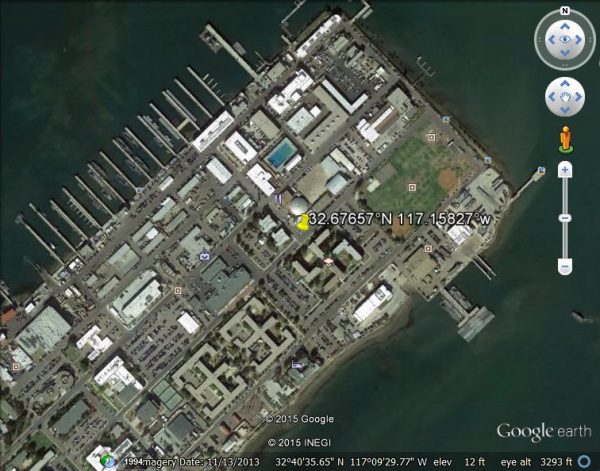