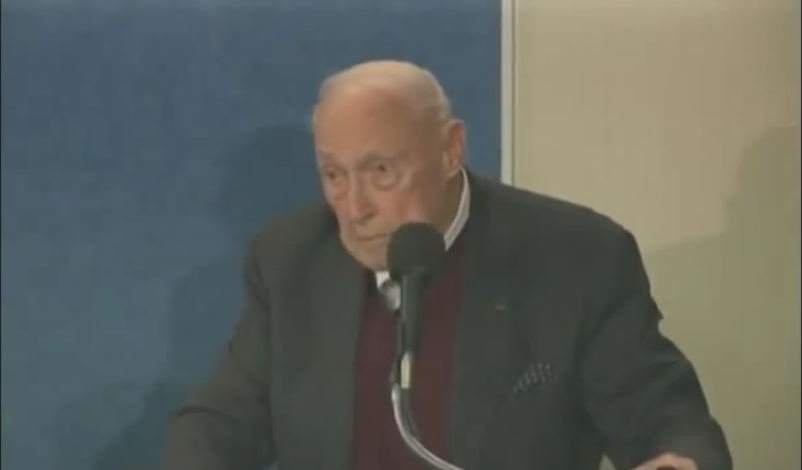 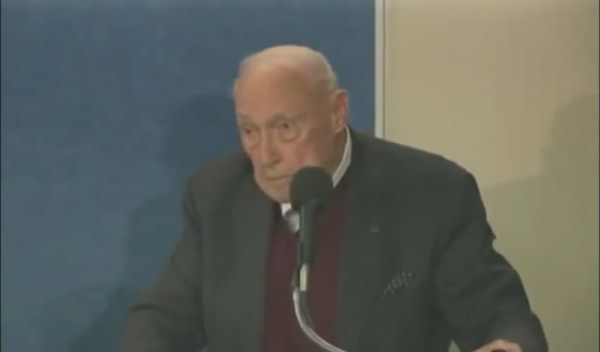 During a National Press Club address on how to combat Islamists, Admiral James A. “Ace” Lyons (U.S. Navy, Ret.), former Commander-in-Chief, U.S. Pacific Fleet, said that under the administration of Barack Obama, the Muslim Brotherhood has infiltrated all of the National Security Agencies of the United States.

The 87-year-old, four star Admiral, who served the United States in the military branch of the Navy, told the National Press Club that “the transformation of America has been in full swing ever since 2008.”

“President Obama’s ‘no show’ was an embarrassment for all Americans,” he continued. “But it also was a signal to the Islamic jihadis. It’s one of many signals he sent over the years while he was in office.”

Lyons said that there was a “hell of a job ahead of us.”

And what job was he referencing? According to Admiral Lyons, it is the penetration of the Muslim Brotherhood in every single one of our national security agencies, including all of America’s intelligence agencies.

He even referenced the head of the Central Intelligence Agency John Brennan as a Muslim convert, though he did not say his name.

Now, this isn’t new information. We’ve been covering this for years. Rep. Michele Bachmann (R-MN) got raked over the coals for calling it out and specifically pointing out the Muslim Brotherhood agent Huma Abedin, former Secretary of State Hillary Clinton‘s chief deputy advisor.

Some of those we have exposed in the Obama administration are:

Additionally, Admiral Lyons said that Obama is deliberately unilaterally disarming the military and spoke to the need for the new GOP controlled congress and Military leaders to stand up to the administration and uphold their oaths.

Lyons went on to recount that President Jimmy Carter could have “cut off Islamic fundamentalism at the knees” when the Iranians took over the US embassy.

“He rejected what could have been a very dramatic action with minimum involvement and it would have been dead,” Lyons said, speaking of Carter. “But we did not act.”

“We could have changed the course of history then,” he continued. “It became Osama bin Laden’s rallying cry. So, here we are today… political correctness has neutralized all our military leadership.”

The Admiral also referenced an article where the author called for the firing of the entire Executive Branch, including Valerie Jarrett, but stopped short of mentioning the man who determines policy, Barack Hussein Obama. Of course, that is the duty of Congress. They are to impeach him.

He went on to point out that the new Congress “was elected to stop the transformation of America, not to see how they could work with the president.”

“This is pure nonsense,” he declared.

He made no bones about the declaration that “the threat is Islam” and he rightly declared that “there is no such thing as radical Islam. There is only Islam.”

Admiral Lyons went on to recount the calls of Egyptian President al-Sisi who called for a reformation of Islam and vowed to rebuild all the Christian churches. He said that the Obama administration wouldn’t even tip their hat to him, which shows exactly where their allegiances lie.

He left the microphone saying that it is up to Congress and that the game plan has been provided to them on how to stop the transformation of America into an Islamic Caliphate. All empathizing with America’s Islamic enemies will get us is a Caliphate.

Sadly, I confess that I think it is more in the hands of the American people than Congress to put a stop to this. Congress has far too many compromised men in it, especially among the leadership. It will take the citizens of the US getting out from behind their flat screen televisions and putting the fear of God in these men to get something done. It will take the Church of the Lord Jesus Christ repenting of her own sins and men of God boldly declaring the truth without apology that will ready the people to stand fast at this time in history. Above all, it will take the power of God, the Holy Spirit, to move upon our land once again and raise up the remnant of faithful American Christians who will do the work that needs to be done.

May God grant it to be so! Amen.