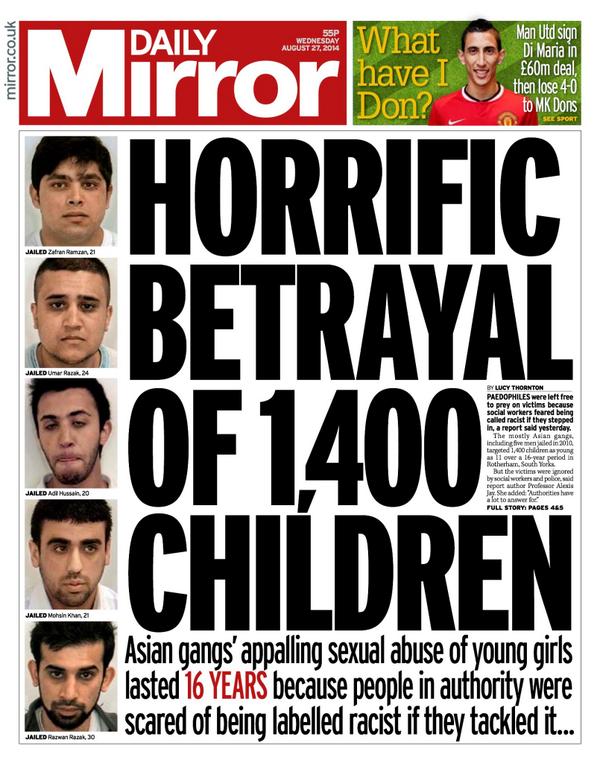 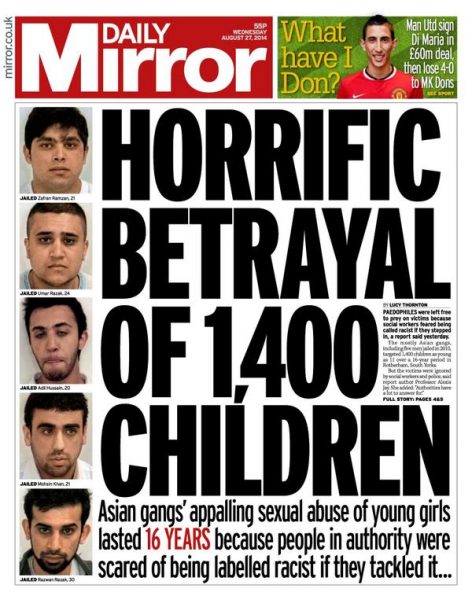 The girls were specifically selected by the Muslim rape gangs because they were white. They were seen as “easy meat”. Their so-called “white privilege” didn’t help them at all – in fact it was an integral reason why they were targeted by the criminals and then abandoned by the authorities, who feared being labeled “racist”.