Yesterday, the National Prayer Breakfast was held in Washington DC. bringing together lawmakers from both sides of the aisle and leaders from across the religious spectrum. And true to form, Barack HUSSEIN Obama turned even this faith based event into a platform for his bloviations that ISIS is NOT islam.

Coming but a day after seeing the horrific video of what ISIS did to the Jordanian pilot, Obama said that too many religions are “twisted and misused in the name of evil” by people who use faith “as a wedge – or worse, sometimes used as a weapon,” yet this vile man still refuses to point a finger at islam…the one and only ‘supposed’ religion that continues to commit savage acts in this 21st century.

Saying in his best for the camera ‘preacher-voice’ that faith has been abused by “all religions” throughout history, Obama forgets that history cannot be changed for it is over and done with and exists solely as a record to learn from. But since its inception in the mind of a perverted madman, islam has NOT learned one damn thing about how to live amongst civilized men.

And the two faiths of which Obama alluded to in his “all religions” comment are the only two faiths that believe in and live by the words of the one true living God…as in Christianity and Judaism..as he calculatingly forgets that both underwent reformation centuries ago and that killings done in these intervening years by men of those faiths were NOT done in the name of said faiths…for other reasons YES…but NOT in the name of God…and NOT in the name of Christ. Only islam’s jihadis continue to kill in the name of their (false) god allah…yelling “allahu akbar”as women are stoned, heads roll, and bodies go up in flames.

History is the past…it’s what came before…it’s events that led us to become who we are today and today is what we need to be concerned with NOT what happened in days long gone. And with Obama’s words spewed that “we need to get off our high horse”…a direct slap in the face to Christians everywhere…and his adding that what’s happening with ISIS (he said ISIL of course) today is unique to some other place and that such “distortions” are NOT unique to any one group of people, this vile man actually dared to compare Christianity with today’s islamic savages. 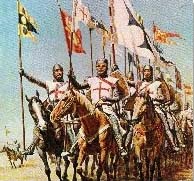 Saying that during the Crusades and the Inquisition people committed terrible deeds in the name of Christ…and his bringing up both plays well into the islamic playbook that they are fighting their own crusade of sorts…what he oh so conveniently forgets is that the Crusades, which took place from 1095 to 1291…as in almost a thousand years ago…was first and foremost about protecting Europe and the Holy Land from the very same savages we need to protect ourselves from today…as in muslims islamic savages. Remember, the Crusades were basically the West’s answer to muslim aggression and started when armies of Christians from Western Europe heeded Pope Urban II’s plea to go to war against muslim forces attacking Christian pilgrims in the Holy Land and only ended when Acre fell to the muslim Mamluks.

Notice the key word is ‘muslim’…and simply stated…muslims…islamists…were a problem a thousand years ago and they remain a problem…a serious problem… today for the simple fact is that islam has NEVER undergone a desperately needed reformation to basically, if you will, enter the modern civilized world.

And still he bloviated on saying, “As people of faith, we are summoned to push back against those who’ve tried to distort our religion — any religion — for their own nihilistic ends.” “Our religion”… NO I do NOT think so as ‘our’ religion is NOT Obama’s religion. Forgetting that our country is Judeo-Christian in both its beliefs and foundation and that his actions alone speak volumes that he shares NONE of those beliefs, it’s his very own words that are what betrays him. Saying that while ISIL…again referring to the Levant where Israel does NOT exist…is “a brutal, vicious death cult that, in the name of religion, carries out unspeakable acts of barbarism,” he still refuses to name the only religion today that does unspeakable acts in the name of their (false) god…again that being islam. 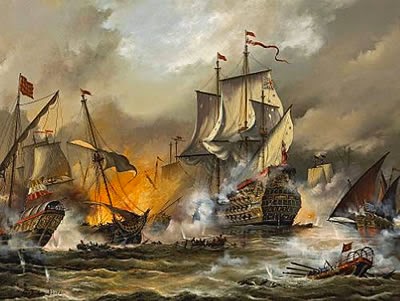 And this man dares to forget that we as a nation have always had problems with islam…with muslims…since our inception…a case in point being Thomas Jefferson’s war against the Barbary pirates. Yes it’s true that Jefferson had in his possession a qur’an but NOT because he thought islam to be a just and honorable religion, but so he could study islam and understand the mindset of the brutal enemy our new country faced.

Jefferson knew islam’s truth, yet today we have a president who still refuses to see islam as brutal and evil or even utter let alone think the words muslim islamic terrorists…and for that if NOTHING else it’s time that people accept as fact that those words will NEVER cross this man’s lips because (I believe) that Barack HUSSEIN Obama’s true allegiances do indeed lie with those committing these most unspeakable of acts.

And adding to Obama’s most grievous comments was his words that,“in our home country, slavery and Jim Crow all too often was justified in the name of Christ.” Guess he forgot that slavery ended in America in 1865 but that slavery is ongoing throughout today’s muslim world…and guess he also forgets that the Jim Crow segregation laws were championed by the Democrats and that it was the Republicans who championed its elimination. 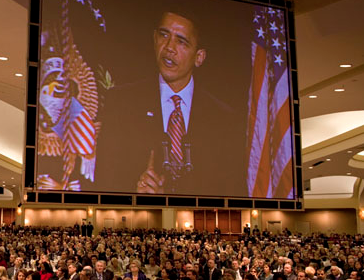 Selective memory thy name is Obama…selective partisan memory of course.

And did you ever notice that the man who claims he’s a Christian…even though NO church in America has a record of him ever converting from the islamic faith that he was raised in…loves to bash Christians and Christ every chance he gets…loves NOTHING better than to bash Christian history while speaking of how wonderful islam is. Guess what…islam is anything but wonderful as islam is islam is islam…it’s one vile package with NO deviations from its perverted 7th century norm allowed.

And so the man who reminded the prayer breakfast attendees numerous times that violence rooted in religion is NOT exclusive to islam…and the man who equated Christianity to ISIS…proves once and for all that he is anything but Christian. And this man finished his speech by saying that he is “looking forward to welcoming Pope Francis to the United States later this year” (it was later announced that the Pope will address a joint session of Congress on September 24th ). I just hope that this Pope has the guts to slap Obama up his islam-loving, terrorist-condoning, Christian and Jew hating head.

And to that I say…amen.