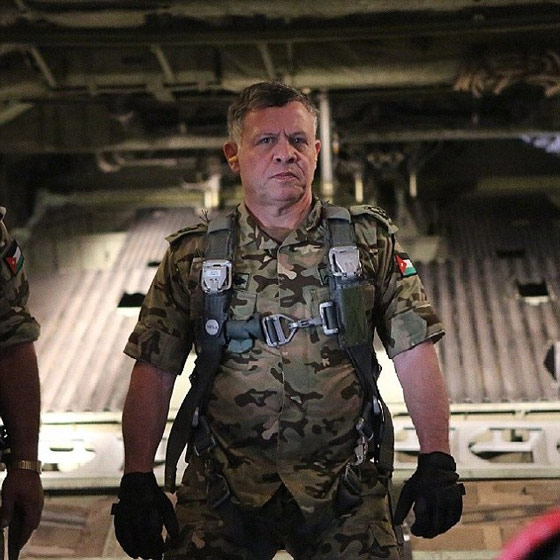 Earlier today the Jordanian government launched widespread airstrikes against Islamic State targets in response to the horrific execution of one of their pilots.

In a statement to the father of pilot Moarth al-Kasbeh, King Abdullah II of Jordan said that they will fight ISIS until they are completely eliminated.

And if various reports are to be believed, King Abdullah, a trained fighter pilot, will lead the charge:

What remains unclear is whether Abdullah is personally suiting up and flying a plane, or instead commanding units involved in the mission.

“The Jordanian King Abdullah II will participate personally on Thursday in conducting air strikes against the shelters of the terrorist ISIL organization to revenge the execution of the Jordanian pilot [Kasasbeh] by the ISIL,” said the IraqiNews report.

Others on social media have reported similar statements.

Before assuming the throne, Abullah II was a Major General in charge of Jordanian Special Forces. Abdullah is also certified as a Cobra Attack Helicopter Pilot. In 1980, he joined the UK’s Royal Military Academy Sandhurst and was commissioned as a 2nd Lt. in the British Army.

Contributed by The Daily Sheeple of www.TheDailySheeple.com