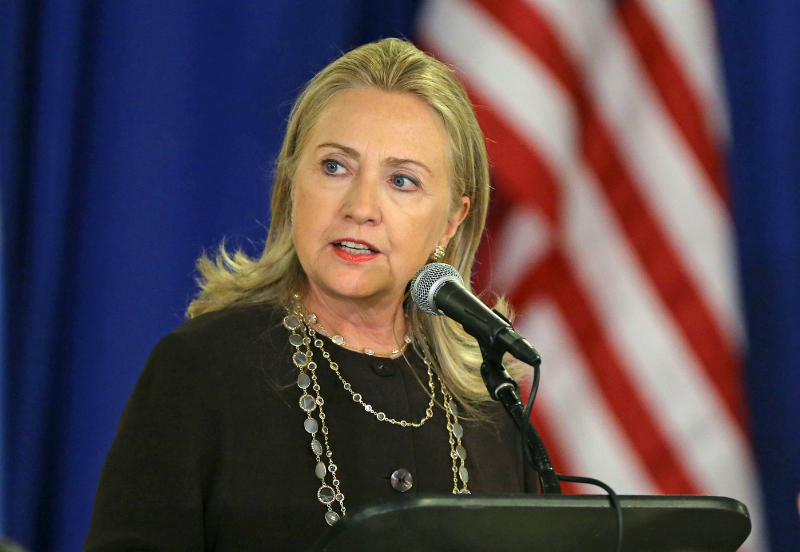 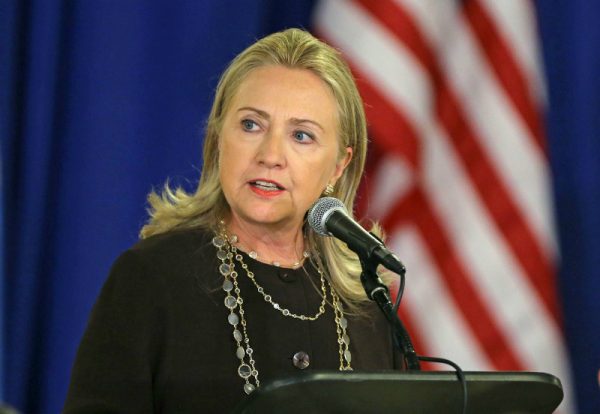 Earlier this week, it was reported that NBC anchor Brian Williams lied about his tall tale of being shot at with a rocket propelled grenade by Islamic terrorists while on board a Chinook helicopter in Iraq. Some claimed it was all about nothing, but the reality is that this is the man that reports to the people. It demonstrates that not only did he lie, but that he allowed the public to believe the lie for over a decade. Now, Hillary Clinton has a pretty tall tale from the time when her husband was in the White House that she had to deal with. She claims to have landed in Bosnia and ran with her head down because of “sniper fire” back in 1996.

Clinton, in a speech in 2008 at George Washington University, claimed that she landed “under sniper fire.” She was supposed to be engaged in a landing ceremony, but claimed that things were just “too dangerous” for that.

“There was supposed to be some kind of a greeting ceremony at the airport,” Clinton said. “But instead we just ran with our heads down to get into the vehicles to get to our base.”

According to a 2008 report by Sharyl Attkisson, who was on the very trip that Clinton was talking about, she recounted something completely different. She did acknowledge that there was a “possibility of sniper fire.” As a result of simply being cautious, she said that the pilots used “assault take-offs and landings” in order to “minimize exposure to hostile fire on the ground.”

She then went on to write, “It’s exciting and frightening and, in the midst of it all, wearing our helmets and bulletproof vests, it’s easy to imagine we may be narrowly escaping enemy bullets. In reality, we had no known incidents of enemy fire on our aircraft. Mindful of the fact that we were with the First Lady, and that she was venturing farther inside Bosnia than her husband the President had ever gone, reporters kept a close eye to the crowds and never entirely went off-guard.”

On Thursday, Attkisson reported that she was ignored by Clinton and instead of admitting that she had lied, she claimed to have “made a mistake” because she was “sleep deprived.”

However, what is most telling is the actual video evidence of what took place in 1996. Not only does it not show “sniper fire,” but I don’t see anyone running with their head down, do you?

Attkisson recounts what happened in her book Stonewalled: My Fight for Truth Against the Forces of Obstruction, Intimidation, and Harassment in Obama’s Washington:

The idea is ludicrous. Yes, we flew into a recent war zone and were told it could be dangerous. We were prepared for the possibility of hostile fire. But it never materialized. And the fact is, had hostile forces fired upon our aircraft, our military pilot wouldn’t have just flown right into them and landed. Especially considering that accompanying us on the trip were the president’s daughter, Chelsea, and two entertainers who came along to perform for the troops: comedian Sinbad, and singer Sheryl Crow. If there had been any threat of our plane being shot at, we simply would’ve flown to an alternate, safe destination.

I rarely hang on to story materials for very long, but in this case, I go to my office in Washington, dig through some boxes of records, and discover I still have notes, photographs, and videotape from that trip in 1996. The video clearly disproves candidate Clinton’s story. It shows Clinton and Chelsea disembarking from the plane on the tar-mac in Bosnia, leisurely smiling for photographs and greeting a local schoolgirl on the runway. No sniper fire. No ducking and running.

We already have a Liar-in-Chief in the White House now, with many liars around him. Clinton’s husband was a known liar as well. Sadly, the people of American have lowered the bar of their representatives so much that they believe that there is no way they can get an admirable and honorable man in office who will keep his word and tell the truth. I am not such a person.

However, I do believe that vetting needs to be serious on any, and all, candidates who seek to represent the people. As Brian Williams has been shown to have lied about his own experience in Iraq and, therefore, his reporting should be taken with a grain of salt, so too, should Hillary Clinton be looked at with any claim she makes. This is not only because of this outright lie from Bosnia, but the many lies told in the Benghazi coverup. This woman for a variety of reasons, and lying being one of them, should not even be considered for any office of representation of the people of the United States.

Of course, we know what Clinton’s response would be to her lies, “What difference does it make?”