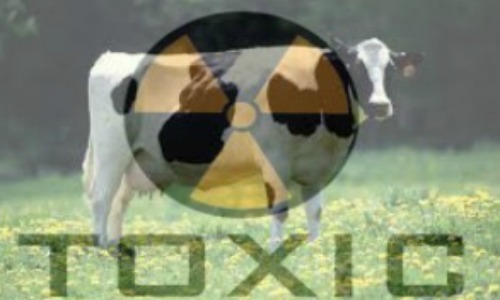 You have to ask why the United States still allows proven carcinogens to be added to our foods, why they allow arsenic in chicken feed, and why it allows companies to lure in children with bright attractive packaging when they know those kids are going to be guzzling flame retardants.

Mtn Dew contains a chemical that also is used to prevent carpets from catching on fire.

The list of food additives banned in other countries, but still in use in the United States, is a long one. Here are a few of the worst to whet your appetite…or not.

Azodicarbonamide is known to induce asthma, has been banned in Australia, the U.K. and most other European countries. If you were to use it as a food ingredient in Singapore, you could face up to 15 years in prison and a $500,000 fine.

According to the FDA, Azodicarbonamide is ‘approved to be a bleaching agent in cereal flour’ and is ‘permitted for direct addition to food for human consumption.’

Banned in most European countries, Australia, the UK…and Singapore.

Brominated vegetable oil is banned in more than 100 countries because it has been linked to every form of thyroid disease – from cancer to autoimmune diseases – known to man.

The FDA says it is approved ‘for flavoring oils used in fruit-flavored beverages, for which any applicable standards of identity do not preclude such use, in an amount not to exceed 15 parts per million in the finished beverage.’

Synthetic growth hormones rBGH and rBST have been linked to increased tumor risks in humans. They are also linked to infertility and weak musculature. They can be found in most dairy products and are banned in New Zealand, Australia, Canada, Japan and the whole of the EU

Arsenic, which we all know is toxic to humans is added to some chicken feeds to make the meat appear pink and fresh looking. Most countries have banned arsenic in animal feed to keep it out of the food chain. The USA has not.

160 countries across the globe have banned the beta antagonist rRactopamine from being used on food chain animals due to the effect it can have in humans. Ractopamine promotes meat leanness in food animals, it makes cuts of meat less fatty, but at what cost?

It affects the cardiovascular system of humans, is a carcinogen, causes behavioral changes and can cause chromosome mutations.

There are literally dozens of additives that are banned around the world that still find their way legally into the foods eaten in the United States.

It amazes me that a government that considers itself able to police the world, who thinks they have the right to interfere in the lives of millions globally cannot ensure that its own citizens are able to consume everyday foods in the sure knowledge that they are not being poisoned.