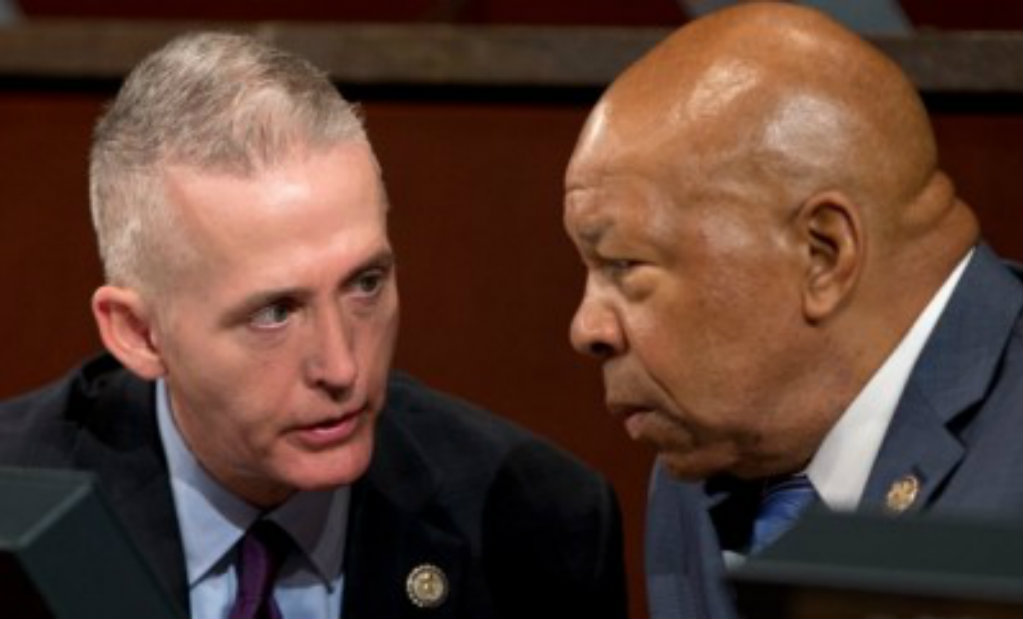 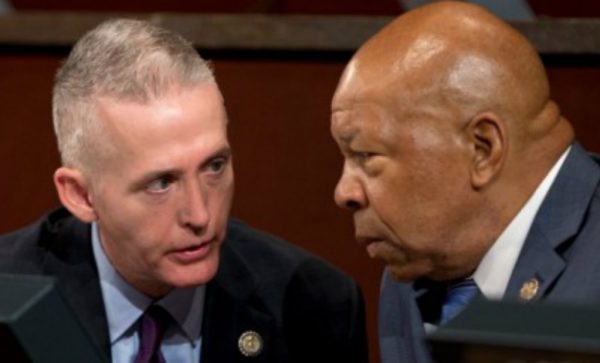 It is important that when the House Select Committee on Benghazi does something good, it be acknowledged. Along those lines, Chairman Trey Gowdy should be commended for identifying 20 current and former members of the Obama administration that he plans to interview beginning in early April.

While the names on the list are those of powerful players within the administration, there is a common thread running through some conspicuous names who are not on the list. That thread is a connection to both the Obama administration and the Muslim Brotherhood, which was involved in the Benghazi attacks through its subgroups like Ansar al-Sharia, al-Qaeda, the Jamal Network, and the February 17 Martyrs Brigade, which was inexplicably contracted to provide security at the Special Mission Compound (SMC) where Ambassador Christopher Stevens was murdered.

Names of individuals not on the list but who worked for either the State Department or the White House at the time of the Benghazi attacks and who are also connected to the Muslim Brotherhood include but are not limited to:

1.) Huma Abedin – Deputy Chief of Staff to Secretary of State Hillary Clinton who also remains a close personal aid to Clinton. Though she never left the State Department during Clinton’s tenure as Secretary of State, there is a highly questionable arrangement involving Abedin’s time as a Special Government Employee (SGE) at the time of the attacks. Shoebat.com has reported on this extensively. At a minimum, Abedin had a serious conflict of interest at the time of the attacks; her immediately family is part of the Muslim Brotherhood, as Shoebat.com has reported on extensively. One of the members on this Committee, Rep. Lynn Westmoreland knows all about Abedin. He was one of the signatories on a June 13, 2012 letter to the State Department Inspector General that identified Abedin by name. The purpose of the letter was to express concerns about Muslim Brotherhood infiltration at the State Department.

2.) Mehdi K. Alhassani – At the time of the Benghazi attacks, Alhassani was Special Assistant to the Office of the Chief of Staff, National Security Council Staff, and Executive Office of the President. On September 14, 2012, he was one of the recipients of the now infamous ‘smoking gun’ email sent by Deputy National Security Advisor Ben Rhodes, which instructed Susan Rice to point to the Innocence of Muslims video as the reason for the attacks in Benghazi. As Shoebat.com first reported, Alhassani has a history that includes time as President of the Muslim Students Association (MSA) at George Washington University. He also partnered with Dr. Yahya Basha and Farah Pandith for a Muslim Brotherhood-friendly tour in 2006.

3.) Rashad Hussain – Very much connected to the global Muslim Brotherhood apparatus. Once tried to cover up his positive comments about convicted terrorist Sami al-Arian. As Obama’s special envoy to the Organization of Islamic Cooperation (OIC), Hussain knows all too well what the primary goal of the OIC is – to make any and all criticism or speech against Islam criminal. In the wake of the Benghazi attacks, riots all over the Middle East outside U.S. diplomatic institutions broke out, and OIC member states attempted to exploit these riots and protests to push that OIC objective. As Shoebat.com has revealed, evidence actually suggests that the Obama administration itself played a role in the production and marketing of that video.

Note: As Shoebat.com reported, the extent to which lead counsel for the Committee, Lt. Gen. Dana K. Chipman has a personal relationship with Gen. Dempsey should be vetted. It is known that a relationship exists. Dempsey hosted Chipman’s retirement ceremony from the military. The host of these ceremonies is typically chosen by the retiree and is often based on things like mentorship, friendship, etc.

Another figure who may have a conflict of interest that could interfere with any decision to interview Abedin, Alhassani, or Hussain is the Committee’s Executive Director Philip Kiko. As Shoebat.com has reported, the lobbying firm that Kiko has worked for, the Smith-Free Group, lists the Leadership Conference on Civil Rights (LCCR) among its clients. One group in this consortium of groups – Muslim Advocates (MA) – is indeed connected to the Muslim Brotherhood, as Shoebat.com has demonstrated. While Kiko has not represented MA, he has represented other LCCR organizations. If the potential exists for MA to pressure LCCR to pressure Smith-Free not to interview people like Abedin, Alhassani and Hussain, Kiko should recuse himself.

To be fair, Gowdy makes it clear that the 20 witnesses should not be perceived as the only ones. In his letter, he writes:

This list does not purport to or begin to identify the full universe of individuals the Committee expects to interview or who might have knowledge about the policies, decisions and activities related to the attacks of September 11, 2012.

The reality is that the Obama administration’s policy in Libya before Gadhafi was removed from power was a very pro-Muslim Brotherhood policy; it paved the way for the Benghazi attacks. Indications are that after Gadhafi was removed from power, the U.S. was involved in facilitating weapons shipments out of Benghazi and on to the Syrian rebels. Again, this was a very pro-Muslim Brotherhood policy. In fact, Alhassani’s 2006 partner, Basha, sits on the Board of the Syrian Emergency Task Force (SETF), which seeks to support those Muslim Brotherhood rebels in Syria and is led by Mouaz Moustafa, who also led the Libyan Emergency Task Force (LETF) until Gadhafi fell, as Shoebat.com reported.

Perhaps the case can be made that Abedin, Alhassani, and Hussain shouldn’t be interviewed yet, but make no mistake: they should all be interviewed.