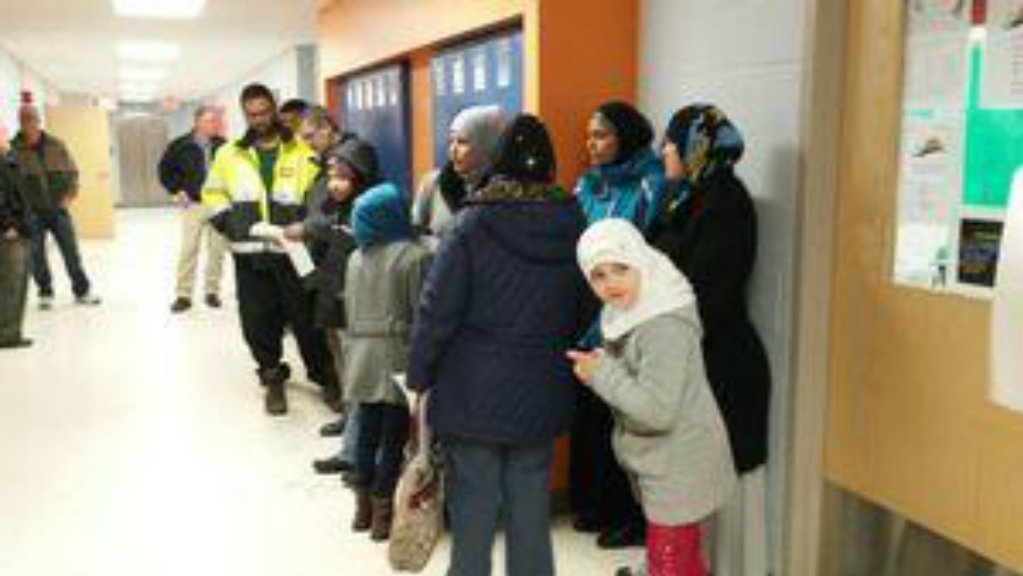 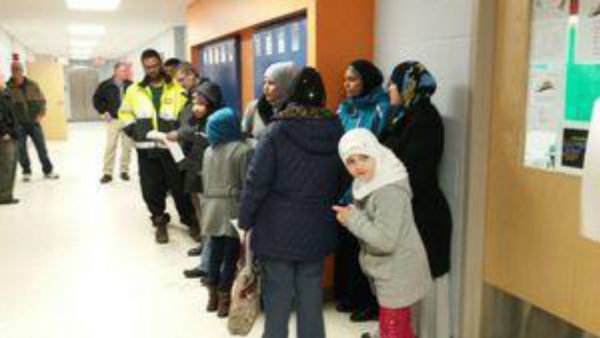 Eid al-Adha is the Muslim “Festival of the sacrifice” which falls on the Muslim 10th day of Dhu al-Hijjah and lasts for three days. In the international (Gregorian) calendar, the dates vary from year to year, drifting approximately 11 days earlier each year. This presented a problem for Muslims in WATERBURY, Conn, since they wanted the school to allow their children (and non-Muslims as well) hopefully to participate in the holy day and stop doing any tests, field trips, and such … sort of “it’s time you respect our religion.”

So Muslims went to the Board of Education to file a concern. The Muslims complained that these days are “typically observed with morning prayers, followed by gatherings of friends and family” and so Muslim kids should not be having any exams or have to participate in American type of stuff.

What the media left out are two other issues: now the school district has to track the Lunar calendar, and by that, Islam, a spirit of Antichrist intended to changing set times and set laws as well as educating non-Muslims that Eid al-Adha celebrations start after the descent of the Hujjaj, the pilgrims performing the Hajj from Mount Arafat, a hill east of Mecca, and all that “Muslims observe the holiday with morning prayers, followed by gatherings of friends and family” is only half the story. The day ends up with an animal slaughtered by every household in the backyard:

Instead of Americans educating themselves on all this and why they should not introduce their children to Muslim practices, at a meeting last week, Board of Education members praised the Muslim community for sharing its concern and promised to work on a remedy.

As a result, Board President Charles Stango, a proud member of the Waterbury Republican Party, suggested that letters be distributed to teachers and principals at the start of the school year, advising them against scheduling tests, field trips, plays, or other events on Muslim religious holidays.

Stango was gung-ho and even invited other communities to forward suggestions as well. It started with more than 300 signatures on a petition and has come full circle. Thursday night, the Waterbury Board of Education voted to honor the two Muslim holy days. Stango, announced his intention to have letters distributed at the outset of each school year, asking teachers and administrators to avoid tests, field trips, plays or other important events during Eid Al-Fir or Eid Al-Adha. In November, school officials received the petition and Stango said: “We were approached about this, and we thought about it, and honored it.”

So now as a result, in WATERBURY, Conn, starting next fall, all schools including American children in the Waterbury School District will be honoring two of the Muslim religion’s most holy days by not scheduling tests, field trips, or major school events on those days.

Superintendent Dr. Cathleen Ouellette says the idea is to show respect for the Muslim culture.

In America, as it seems, it is either you follow the sensitivity training or you are accused of Islamophobia, of course.

“A sensitivity memo will go out to the district to teachers and staff, asking them to be sensitive to the Muslim holidays in regards to scheduling assessments and major events that happen through the district,” said Dr. Ouellette.

This is the first decision of its kind in the state of Connecticut.

The other holiday, Eid al-Fitr is the “festival of breaking of the fast,” also called Feast of Breaking the Fast, the Sweet Festival and the Lesser Eid, is an important religious holiday celebrated by Muslims worldwide that marks the end of Ramadan, the Islamic holy month of fasting (sawm).

In the Middle East, Christian children are not to eat in schools in front of Muslims lest they tempt them while they fast during the day. This is coming and perhaps a Quranic study will soon be implemented on how not to take Jews and Christians as friends?

But the problem is not that Muslims petition for their religion, but rather that parents of non-Muslim children rarely, if ever, even object.

What a nation of losers.